Tens of thousands are expected to visit the coffin in the coming days as the Government plans for queues up to ten miles across London. King Charles led his siblings, Princess Anne, Prince Andrew, and Prince Edward in the procession of the coffin on Wednesday afternoon. The Prince of Wales and The Duke of Sussex also accompanied the coffin on its journey to the Palace of Westminster. Now there is speculation the timing of the procession may have had a biblical significance.

The timing may have also been symbolic as Jesus Christ is believed to have died on the Cross at 3pm, when the procession was due to arrive at Westminster Hall. 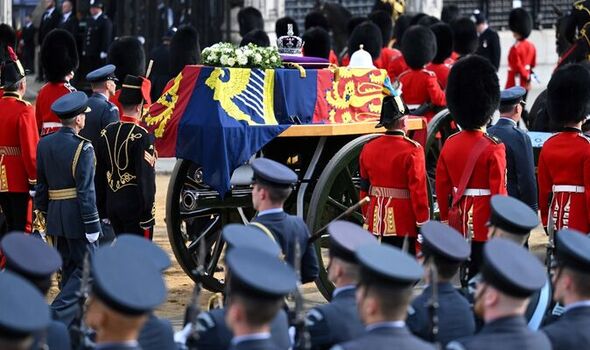 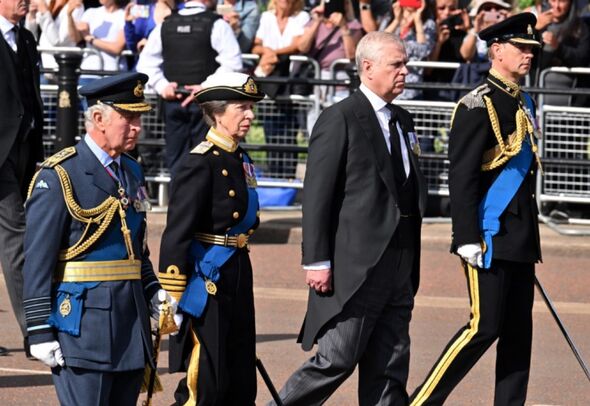 Lying on a gun carriage, covered by the Royal Standard flag and with the Imperial State Crown placed on a cushion on top alongside a wreath of flowers, the coffin bearing Elizabeth’s body was taken in a slow, sombre procession from her London home to Westminster Hall.

There Her Majesty will stay for four days as mourners pay their respects in their thousands. 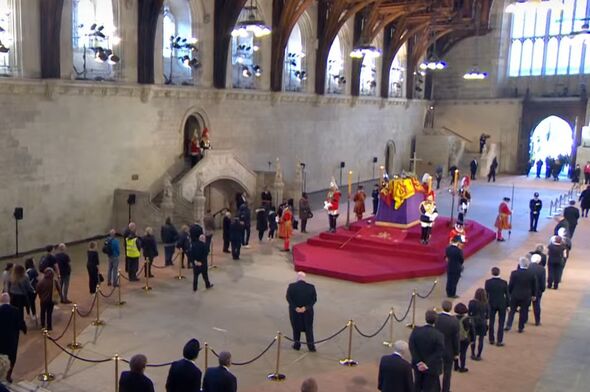 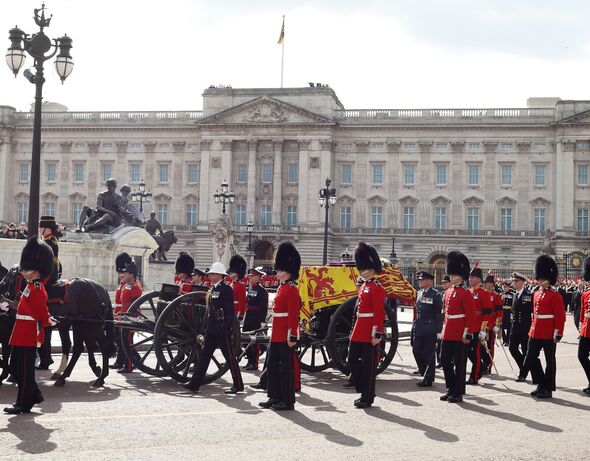 Thousands also gathered in Hyde Park to watch the proceedings on a big screen.

Government officials said they could not put a precise figure on how many would want to file past the queen’s coffin, but around 750,000 people were expected.

The queues will stretch along the south bank of the River Thames, winding past landmarks such as the London Eye and Shakespeare’s Globe theatre. 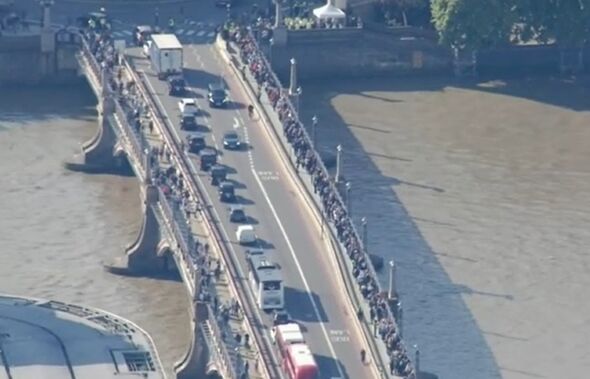 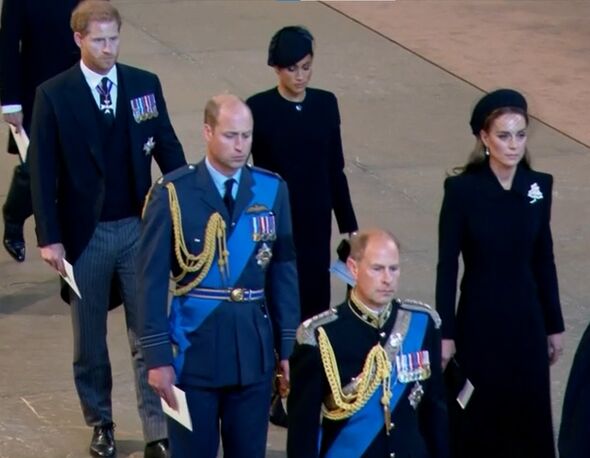 Culture Secretary Michelle Donelan said some people might have to stand in line for as long as 30 hours in order to file past the coffin before Monday’s funeral.

Archbishop of York, Stephen Cottrell, speaking to people in the line, said: “We are honouring two great British traditions, loving the queen and loving a queue.”

Each corner of the coffin, which is adorned by the Royal Standard, will be guarded 24 hours a day by soldiers from units that serve the Royal Household, including the Grenadier Guards and Blues and Royals.

For the past five days, the new King has been carrying out official visits across the country, travelling more than 1,500 iles.