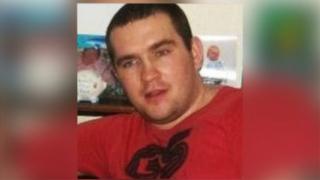 A 37-year-old man has been jailed for a total of 12 years for raping one woman and sexually assauting another, after meeting both women through the dating app, Tinder.

Patrick Nevin is already serving a five-and a-half year sentence for the sexual assault of a third woman.

According to RTE, all three attacks took place within 11 days in July 2014.

Nevin met the women on Tinder, picked them up from their homes before driving to secluded areas to attack them.

The court heard that on 12 July 2014, he contacted a woman on the app who said she did not want a sexual relationship and they organised to meet.

He collected her in his car and drove her to a remote location in County Meath before raping her.

The second incident occurred four days later, where he met a 27-year-old woman on Tinder and they arranged to meet.

He drove her to a remote location, again in County Meath, and sexually assaulted her over a prolonged period of time.

Nevin was previously convicted of sexually assaulting a foreign student on 23 July 2014 and was subsequently jailed for five-and-a-half years.

The judge said the attacks were pre-meditated, predatory and callous.

She said that Nevin had put the women in a vulnerable position by driving them to remote locations and forcing himself upon them.

She added that using the Tinder dating app was not an invitation for rape or sexual assault.

Nevin will also be supervised by the probation service for five years after his release.

Rule of six: Who is included, where does it apply, and the fines for breaking it