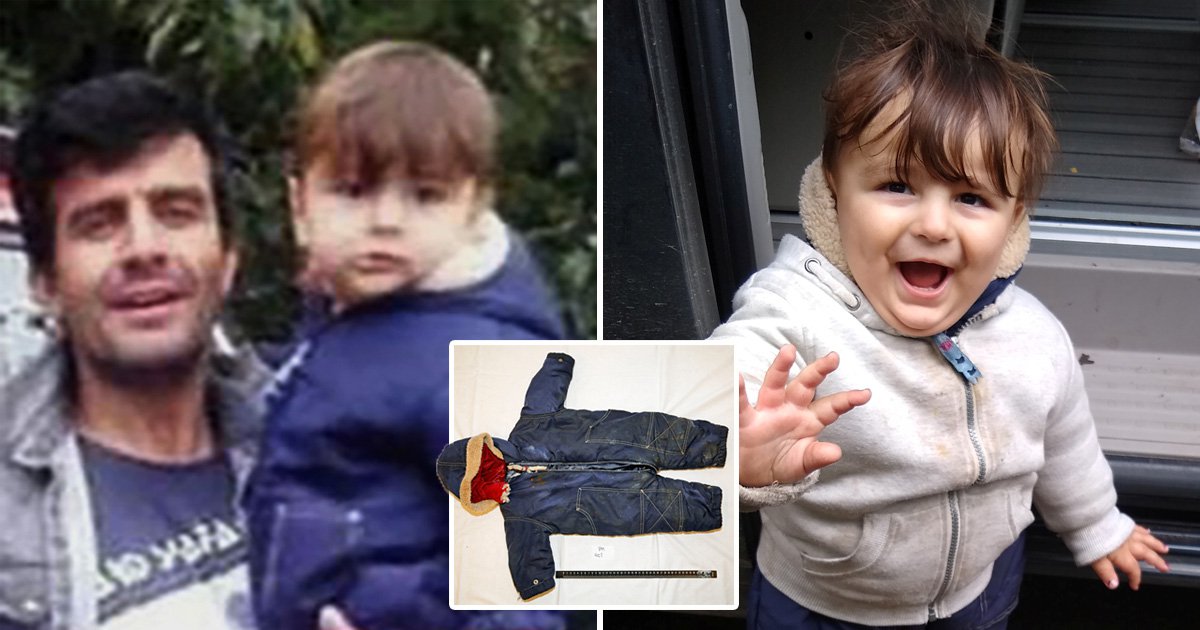 The body of a 15-month-old boy who drowned with his family as they tried to reach the UK last year washed up along the coast of Norway.

Artin Iran-Nejad was found on New Year’s Day, but it wasn’t until Monday that police were able to confirm his identity.

He died with his parents Rasoul Iran-Nejad and Shiva Mohammad Panahi, along with his three siblings on October 27.

They were crammed on the small fishing boat with 23 other people when the vessel capsized, according to human rights campaigners.

Some people may still be unaccounted for, as only the bodies of 19 people, including Artin’s relatives, were found in the water, a French official said.

They said they suspected he wasn’t Norwegian due to the branding of his blue overalls and the fact a missing infant of that age hadn’t been reported in the country.

Now, arrangements have been made for Artin’s body to be flown back to his home country of Iran, the Guardian reports.

The Kurdish family had sold their house before leaving and had paid £14,000 to get on to the boat, having failed to enter the country twice by train.

They were due to pay another £8,200 when they arrived safely in Britain.

She told the broadcaster: ‘I’m both happy and sad. Happy that Artin’s remains were eventually found, and sad that he left us for good.’

Artin’s mother is thought to have expressed concerns about the perilous Channel crossing in text messages, according to the BBC.

Despite the risks, she said: ‘We have no choice. If we want to go with a lorry we might need more money that we don’t have.’

The authority said it may no longer be able to accept any more within days – a situation which came to pass in August 2020.

A Home Office spokeswoman said: ‘We recognise the longstanding role that Kent County Council has played in supporting unaccompanied asylum-seeking children and are extremely grateful for their contribution.

‘We continue to encourage more areas to join the National Transfer Scheme and do their part.’

The council has taken its first step in legal proceedings which could see a judicial review, asking Patel to use existing powers to direct local authorities other than Kent to receive their fair share of unaccompanied asylum seeking children.

‘They have arrived in the UK after making a dangerous journey that would terrify most adults.

‘The Government has a duty of care but once again it appears that legal action is the only way to make the Home Secretary to recognise this.’

Speaking to MPs, Patel said her French counterparts ‘absolutely must do more’ to respond to migrant numbers and reduce the chances of people attempting to cross the Channel.

Her remarks came as several Conservative MPs put pressure on the UK Government to act, with Border Force described as ‘little more than a taxi service for illegal migrants’.

However Enver Solomon, Chief Executive of the Refugee Council, said ‘relying solely on an enforcement approach’ isn’t working, calling on authorities to expand safe routes to stop people from risking their own lives.

The dangerous sea journey from France, which has claimed many lives in the past, has been made by more than 3,000 people including children so far in 2021.

Royal snub: Why William ‘hated every second of being made into icon’