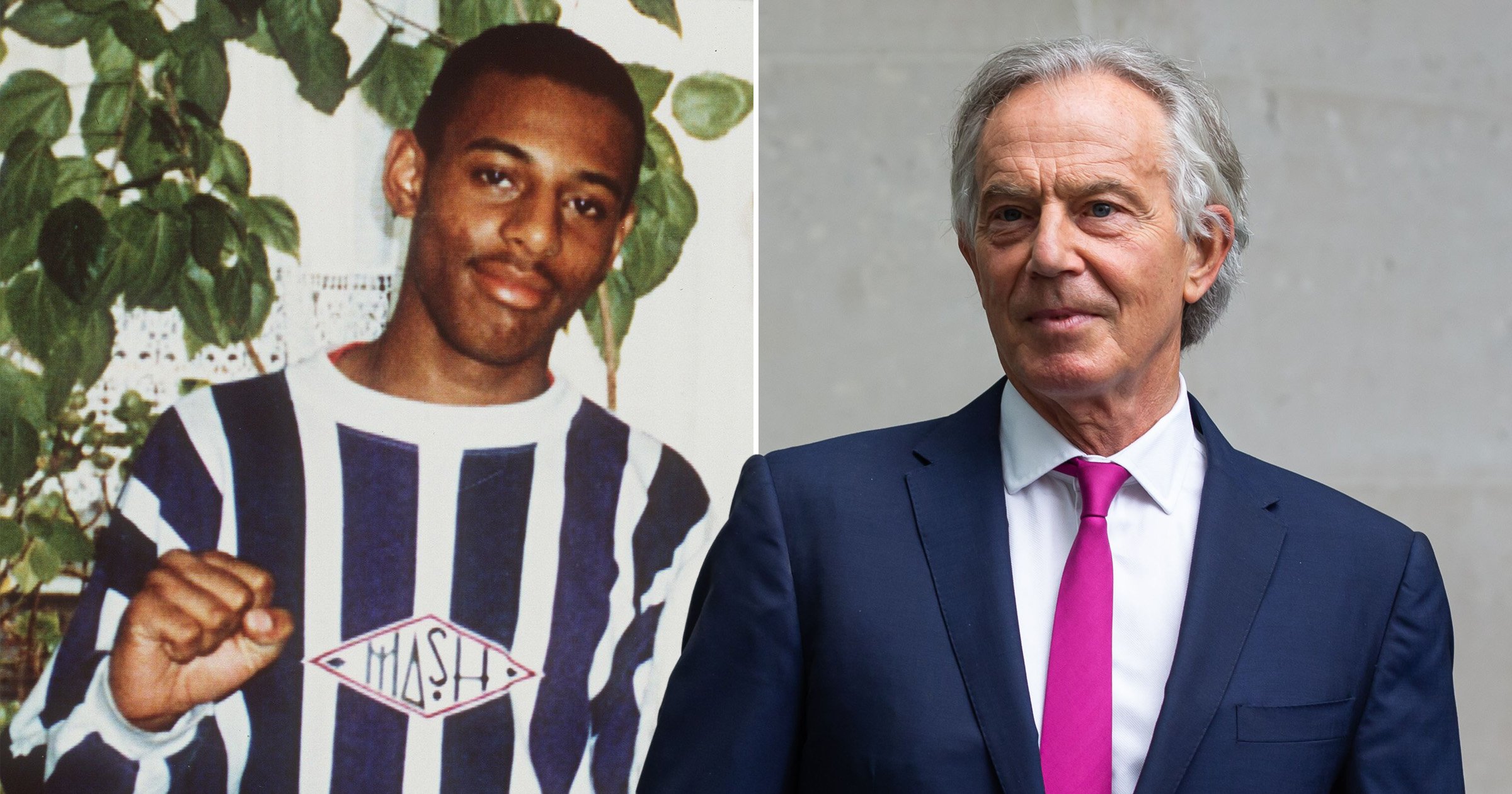 Black teenager Stephen was murdered in south-east London in 1993 and the response to the scandal – including the Metropolitan Police being labelled ‘institutionally racist’ in 1999 – sparked widespread outrage.

But now it has emerged that the then Prime Minister opposed proposals for a race equality strategy in the aftermath – and said sacking police officers over race issues would be ‘over the top’.

The landmark Macpherson report set out wide-ranging plans for reform after outlining a series of failures in London’s police service.

In response, the home secretary at the time, Jack Straw, who had commissioned the inquiry, wanted to publish a government white paper with a 10-year strategy for tackling racial inequality.

But from the outset, Mr Blair was sceptical about the idea, expressing concern that it could result in a ‘regulation nightmare’.

Mr Straw set out his plans in a December 1998 letter to the PM, ahead of the inquiry reporting the following February.

In it, he explained that he wanted to be able to announce a commitment by all government departments to put race equality at the heart of policy-making.

He warned: ‘At the extreme, black and Asian youngsters have observed their grandparents and parents suffer discrimination, harassment and racial violence and are developing very hardened attitudes against the white community.

‘We have to win back their confidence in the institutions of British society.’

Since then, the Metropolitan Police has repeatedly been criticised for its approach on race, with a former senior Asian officer arguing in June that racism in the Met is ‘worse now than 20 years ago’.

But published papers show that Number 10 were unconvinced by the home secretary’s stance in the late 90s and the commitment to a fixed timetable.

Angus Lapsley, an official in Mr Blair’s private office, noted that they were ‘cool’ towards the idea that police officers who used racist language or committed racist acts should usually be dismissed, and noted the possible reaction of the press.

‘This could easily become a ‘Telegraph’ cause celebre if taken too far,’ he argued.

And in a handwritten note in the margin, Mr Blair wrote ‘I agree’.

Elsewhere in the files he scrawled: ‘I really don’t want a regulation nightmare out of this.’

The proposal for a white paper was finally killed off at a meeting between Mr Blair and Mr Straw on March 18, 1999.

‘The Prime Minister said that he shared the Home Secretary’s political objectives and it was clear that the Government needed to have a clear and positive agenda for change,’ the official note of the meeting state.

‘However, a white paper would offer too many hostages to fortune and the Government would find itself under pressure to include all sorts of measures that it would prefer to avoid.’

Instead, Mr Blair agreed that Mr Straw could publish a series of separate consultation papers responding to the main recommendations in the inquiry report.