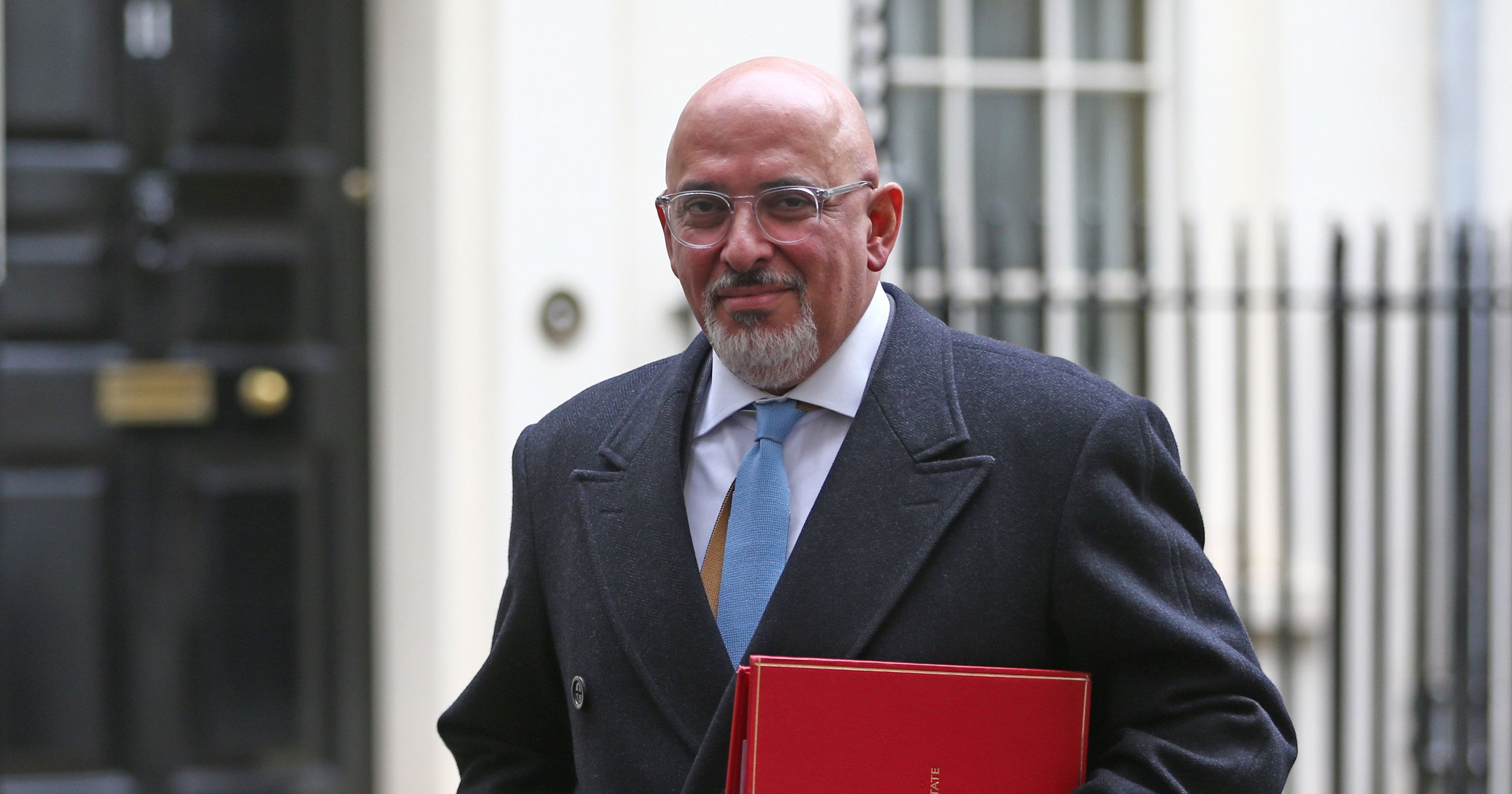 A top Tory Cabinet minister has conceded the government made ‘a mistake’ over the sleaze scandal.

But Mr Zahawi was among 250 MPs who voted to block Mr Paterson’s suspension from Parliament with 232 voting against – as more than 100 defied Boris Johnson’s orders.

The Commons Standards Committee had recommended a 30-day suspension for Mr Paterson after he was found guilty of an ‘egregious’ case of paid lobbying.

But the government was forced into an embarrassing U-turn over its attempts to scrap the Commons sleaze watchdog.

Mr Johnson is said to be ‘p****d’ about the climbdown – which he views as an ‘own goal’ and a distraction from the COP26 climate change conference, according to The Times.

The Prime Minister is facing a backlash from furious MPs – as one senior backbencher revealed: ‘You cannot overestimate the level of anger among colleagues who were told to vote for this rotten amendment’.

Mr Paterson yesterday quit as MP for North Shropshire as he slammed the ‘cruel world of politics’.

This morning Mr Zahawi said creating a system of appeal for suspended MPs should not have been conflated with the case of allegations about lobbying.

He told Sky News: ‘The Prime Minister has always been very clear that paid lobbying is not allowed.’

‘The mistake is the conflation of creating a fairer system with the right of appeal for Parliamentarians to be able to put forward an appeal process,’ Mr Zahawi added.

‘Conflating that with the particular case of Owen Paterson was a mistake and I think the Leader of the House, Jacob Rees-Mogg, came to the House yesterday, upon reflection, yes it was a mistake, and I think it was right to come back very quickly to the House and say we need to separate these things out.’

But the former vaccines minister dodged questions about whether Mr Paterson had breached the Parliamentary code.

Mr Zahawi said he took ‘collective responsibility’ for the Government’s climbdown on plans to block the former Tory MP’s suspension.

“I take collective responsibility: I’m a Secretary of State, a Cabinet member in this Government and we voted because I thought improving the system and introducing the right of appeal, as you would have in many sectors of the economy, in many professions…. there’s a fairness argument here.

‘But upon reflection I do think it’s a mistake to have conflated that with the specific issue around investigation into Owen Patterson, and I think it’s right that we reflected on that.’

Mr Paterson said his children had asked him to resign after his family endured an ‘indescribable nightmare’ for the last two years.

In a statement he also accused people, including MPs, of publicly mocking his wife Rose’s suicide.

Mr Zahawi called for compassion for Mr Paterson, telling LBC: ‘I also think, by the way, part of possibly where these things, where you do make a mistake, is the sort of human factor, is the compassion.

‘There’s a family here that’s lost a mother through suicide, and Owen himself has been devastated by this, and I think if you take it in the round, we’re all human beings.

‘When you make a mistake, I’d much rather have a Government and a prime minister and the chief whip who says “hold on a second, let’s go back, because I think we’ve made a mistake here”.

‘That makes me much more confident of the character of the people leading this country than people who would have just ploughed on ahead regardless.’