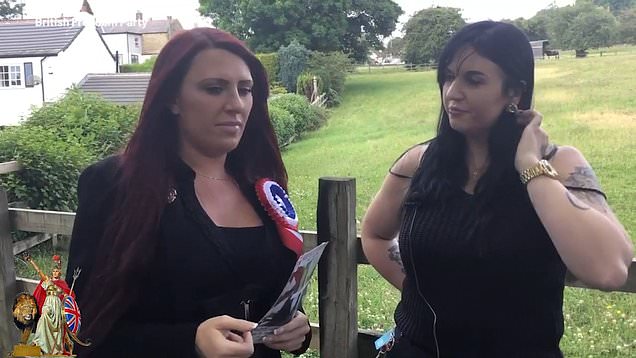 A Conservative former councillor has compared herself to a far-right agitator while campaigning in murdered MP Jo Cox’s former seat.

Louise Dickens, who was once praised by Chancellor Rishi Sunak, met with former Britain First leader Jayda Fransen in the battle for the Batley and Spen by-election.

She said they were both ‘rebellious, independent, feisty women who want the best for our beautiful country’.

Fransen was jailed for hate crimes against Muslims in 2018 and is standing in tomorrow’s by-election for the British Freedom Party.

Footage of the meeting between the two women showed Dickens nodding along as Fransen described her ‘ethno-nationalist platform’ and desire to create ‘communities for our people’ after bemoaning the power of the ‘Islamic community’.

The video, which also features a campaigner saying ‘diversity is our demise’, depicts Fransen showing off a leaflet where she can be seen brandishing a large crucifix and setting out her policy to ‘hang grooming gangs’ and ‘kick LGBT out of schools’.

After hearing Fransen say Muslums ‘dominate’ and ‘rule by mob’ during their 10-minute chat, Dickens described the conversation as ‘lovely’. 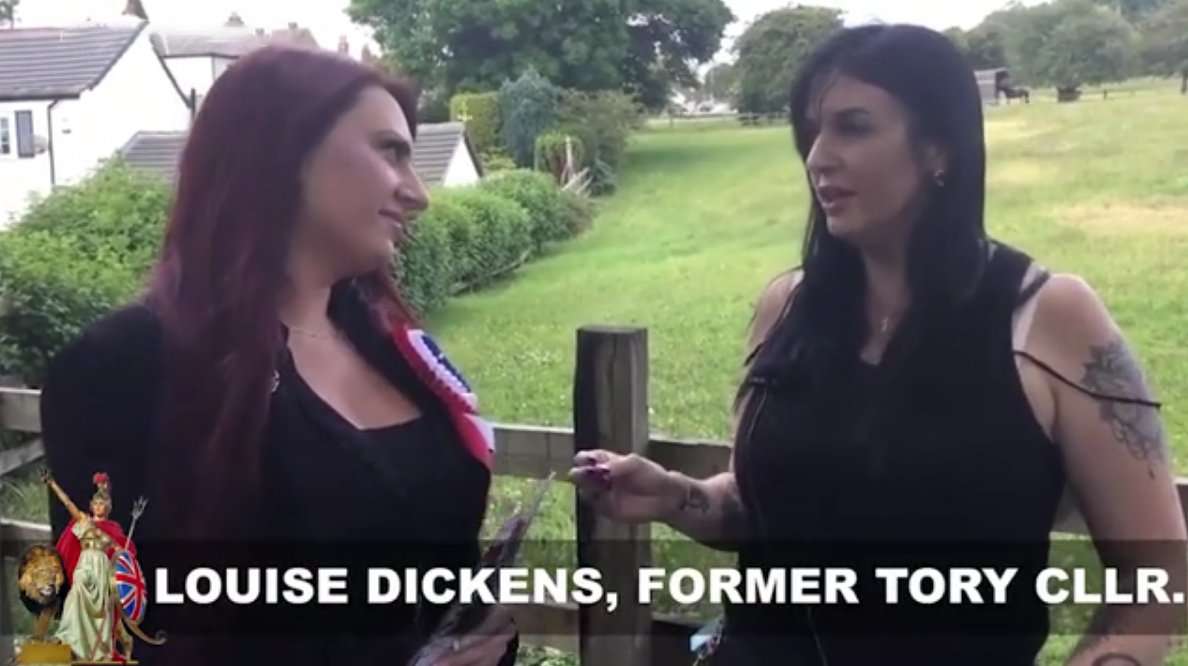 Dickens told Metro.co.uk she ‘didn’t mind’ the clip being used by Fransen.

She added: ‘Possibly it shows me in an understanding and unblinkered light that I can relate to the far right groups and the left, plus remain a Tory myself.

‘If we don’t reach out to people of differing views how do we enable personal growth?’

She also said that she had met with Tory candidate Ryan Stephenson while out campaigning but that he had refused to speak to her.

Dickens was elected to Richmondshire District Council in 2015 but was kicked out of the role for failing to attend any meetings for six months. She was heavily defeated by an independent when she ran for North Yorkshire County Council two years later.

After she won the district vote, Richmond (Yorks) MP Rishi Sunak told the Northern Echo: ‘I am delighted for Louise. She was a young, energetic candidate who worked incredibly hard in the campaign. I look forward to working with her.’

After meeting Fransen, she met with George Galloway who is also running in the election. She said both he and Fransen ‘care deeply about making one community and about no division’.

Batley and Spen was represented by Jo Cox until 2016 when she was murdered outside her constituency office by a far-right terrorist who is believed to have said ‘put Britain first’ as he stabbed and shot the 41-year-old mother-of-two.

Since then, the constituency has been represented by Tracey Brabin who vacated the seat to become West Yorkshire mayor.

Tensions have risen in recent days and has attracted significant far-right attention.

Jo Cox’s sister Kim Leadbeater is running for Labour and her campaigners were ‘pelted with eggs and kicked’, according to Ms Brabin.

Ms Leadbeater also had to retreat to her car while being angrily confronted by a man for her stance on Kashmir and LGBT+ teaching in schools.

Stephen Yaxley-Lennon – aka Tommy Robinson – had been due to attend a rally over the weekend, but failed to show up.

Hundreds of protesters showed up anyway and three were arrested Two for public order offences and one for possession of an offensive weapon.

Another far-right candidate with links to Yaxley-Lennon, Dublin-born Anne Marie Waters, is standing under the ‘For Britain’ banner.

Louise Dickens’ grandfather Geoffrey Dickens represented Huddersfield West and later Littleborough and Saddleworth, dying of cancer while still sitting in the Commons in 1995.

As an MP he claimed a paedophile ring was operating in Westminster and passed a dossier of information to then-Home Secretary Leon Brittain, an episode which came back to the public’s attention in 2014 when Theresa May ordered an investigation into the missing documents.