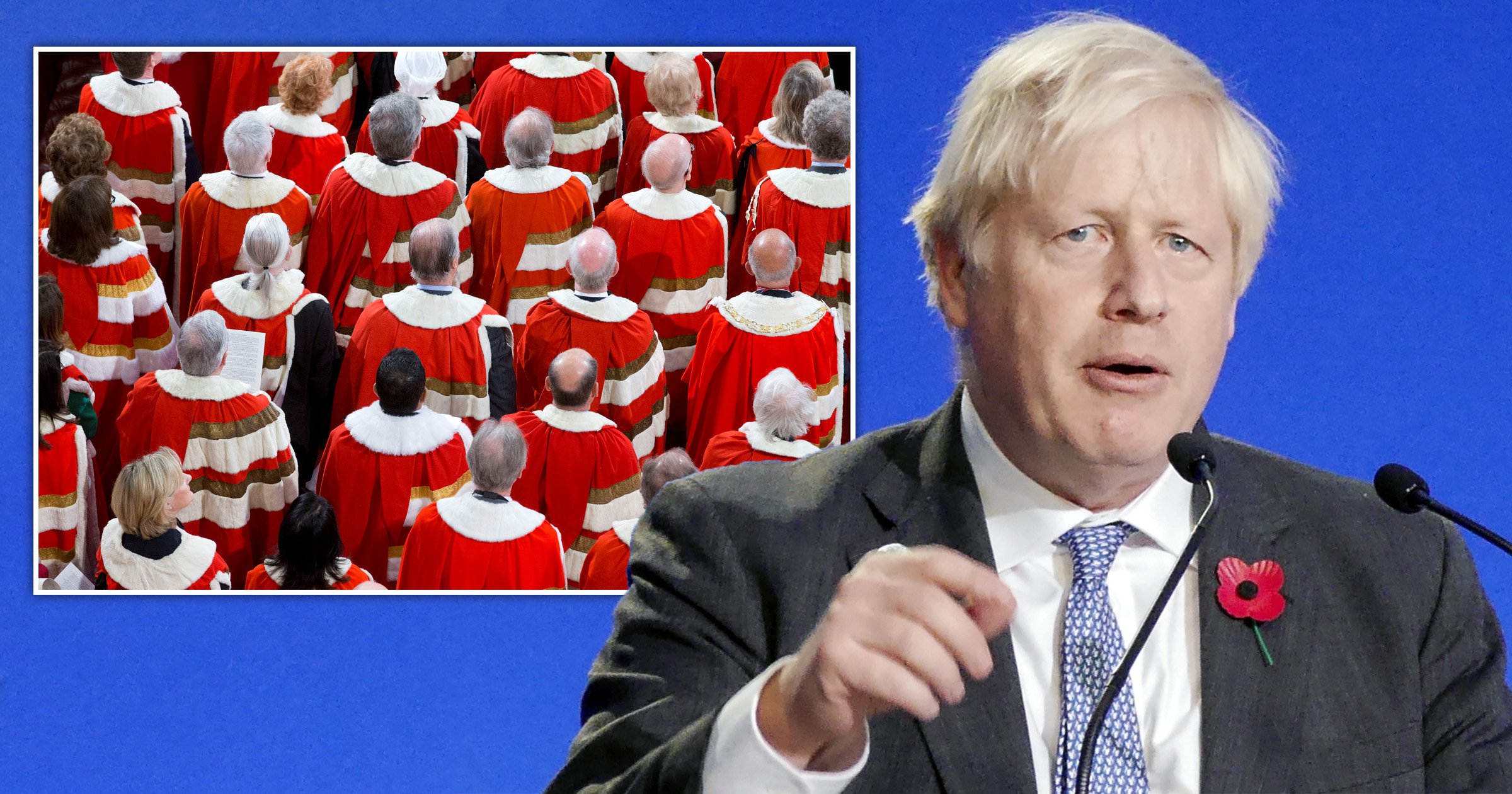 Scotland Yard has been urged to launch a ‘cash for honours’ investigation amid claims that a £3 million donation to the Conservative Party guarantees a peerage.

Of the last 16 party treasurers, all but one have been offered a seat in the House of Lords after giving at least that amount, an investigation by The Sunday Times found.

The newspaper quoted one former party chairman as saying: ‘The truth is the entire political establishment knows this happens and they do nothing about it.

‘The most telling line is, once you pay your £3 million, you get your peerage.’

Environment Secretary George Eustice defended the awarding of peerages to former party treasurers and Conservative donors, saying their expertise made them ‘valuable’ members of the upper chamber.

The Cabinet minister said: ‘They are philanthropists who give huge amounts to charity, who have been very successful in business and, therefore, on those grounds ought to be considered for the Lords.’

And International Trade Secretary Anne-Marie Trevelyan said it was key to have a ‘rich mix’ of peers.

Ms Trevelyan told Sky News: ‘I don’t think that someone who happens to have been an extremely good businessman and has made a great deal of money through business activity – usually also an enormous amount of philanthropy as well, those are the sorts of people who are across our country, amazing people of all political colours – that they should be barred from going to the House of Lords because they have made a lot of money, employed many, many thousands of people, run incredible businesses at their own risk, that that somehow is a bar. That’s not the case.

‘Those who choose to put themselves forward in political environments, as well as their business and philanthropic ones, will go through the process just like anyone else, and we want a rich mix in the House of Lords of voices with experience of all the sectors of our country.’

The House of Lords now has more than 800 members, all of whom can get accommodation and attendance allowances even if they do not speak.

Lords appointments are vetted by a commission. But Boris Johnson became the first Prime Minister to overrule it when he insisted billionaire donor Peter Cruddas get a seat, despite resigning as party treasurer after being caught offering access to predecessor David Cameron in 2012.

He said: ‘The Metropolitan Police should launch a fresh cash for honours investigation to determine whether a criminal offence has been committed.

‘It is utterly appalling that so many millionaire Tory party donors have been handed life peerages by Boris Johnson and his predecessors.’

The Tories have denied any link between the donations and the nominations to sit in the Lords, in the latest twist in ongoing allegations of sleaze and corruption.

Mr Johnson will face calls for a public inquiry as MPs consider how to clean up Westminster following the Owen Paterson row.

It follows Tory attempts to block an immediate 30-day suspension for Mr Paterson over an ‘egregious’ breach of lobbying rules.

Conservative MPs were ordered instead to back the creation of a Tory-led committee to look again at Mr Paterson’s case and the whole standards system.

But after a backlash the Government performed a U-turn and Mr Paterson subsequently quit as an MP, leaving what he called the ‘cruel world of politics’.

Labour leader Sir Keir Starmer said the Prime Minister should apologise to the nation and ‘clean out the filthy Augean stable he has created’.

The Commons will spend three hours hearing an emergency debate on the situation, despite ministers seeking to dismiss the row as a ‘storm in a teacup’.

The Liberal Democrats, who secured the debate, have called for a statutory public inquiry into sleaze and corruption allegations.

The inquiry, which would have the power to summon witnesses and take evidence under oath, would examine not only the Paterson row but also the awarding of coronavirus contracts, whether Mr Johnson’s holidays in villas provided by friends were properly declared, and how the refurbishment of his Downing Street flat was funded.

‘He doesn’t get it!’ Sadiq Khan shamed as he’s branded ‘delusional’ on London crime