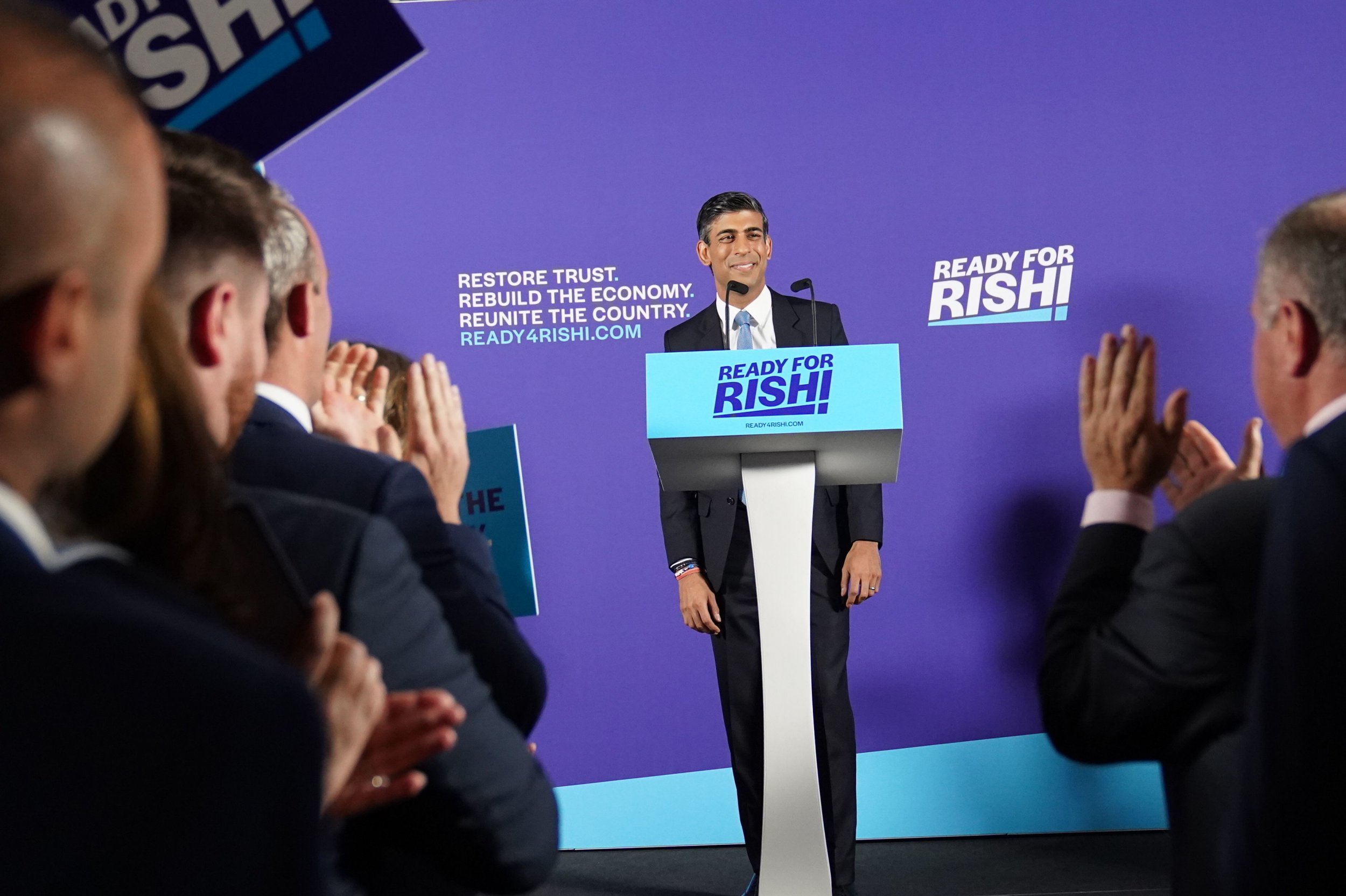 Boris Johnson’s premiership came to an end last week, the near three-year car crash ending in as scandal-hit a fashion as many had long anticipated.

But the so-called clownfall of the ‘Heinken politician’ who helped Conservatives win an 80-seat majority just three years ago, may not prove to be the turning point that many MPs hoped for when they ousted him on Thursday – that is, if the new crop of prospective prime ministers is anything to go by.

This contest was an opportunity to move away from the shameless baiting around ‘wedge issues’ employed by the Johnson government on issues ranging from race to trans rights, and move back towards a position of respectability.

Instead, candidates have done the opposite. Rishi Sunak, the former Chancellor and current frontrunner, launched his campaign by promising to crack down on ‘clumsy, gender neutral language’.

He was swiftly gazumped by right-winger Kemi Badenoch, whose own leadership pitch began with hastily scrawled signs for ‘men and ladies’ on the seemingly unisex toilets at her launch event.

Even the country’s current attorney-general Suella Braverman kicked off by arguing that the UK should abandon the European Convention on Human Rights.

The supposed ‘moderate’ candidate, Tom Tugendhat, surprised many by committing to uphold the party’s Rwanda deportation policy during the announcement of his own candidacy.

In the field as a whole, there is a notable swing to the right from even Boris Johnson’s government.

What’s more, no candidate seems able to form a policy agenda that moves beyond low tax and ‘woke-bashing’ that now seem to make up the modern Conservative movement.

This is not only an unserious platform for government, but also a clear sign that these candidates don’t understand the country they hope to lead.

Boris Johnson himself is perhaps the best argument for this. Johnson broke with traditional Tory orthodoxy in his plans to ‘level up’ through large-scale government spending.

This, combined with his past reputation as a more socially liberal Conservative during his stint as London Mayor, made him palatable to even those who might historically have voted for Labour.

Johnson won, in part, because he specifically ran against the Tory agenda of the last nine years with his pledge to end austerity.

This wasn’t merely limited to Boris Johnson either.

It’s worth remembering that Sunak’s ‘Dishy Rishi’ era of incredible public popularity coincided with his move to hand out billions of pounds of furlough cash and subsidised meals out – actions that would typically make more traditional Conservatives come out in hives.

Yet the rampant sleaze of the Johnson administration has blinded many in the party to the key lesson of his administration – that Britain’s no longer a ‘small government’ state.

A 2020 study by the research group Britain in a Changing Europe found that even a majority of Conservative voters who switched from Labour in 2019 – a full 81% of them – now felt that ‘big business takes advantage of ordinary people’.

Evidence suggests that the average voter isn’t the low tax, free marketeer that MPs seem to believe they are, and their fixation on reducing tax thresholds – particularly corporation tax – seems likely to turn the public against them during a cost of living crisis.

Likewise, the party’s inability to discard the Pandora’s box of the ‘culture wars’ risks causing the party even more trouble.

Even on the ‘thorny’ issue of trans rights – perhaps the most febrile of all the current culture wars – the nation sits in a far more relaxed place than social media and contrarian columnists might have MPs believe.

A study published just last month by More In Common, the think tank founded in the wake of Jo Cox’s death, found that Britons believed that ‘a trans man [is] a man and a trans woman [is] a woman’ by a 14-point margin, with even those in the so-called ‘Silent Generation’ of people born from 1926 to 1945 shown to be almost evenly divided on the issue.

A fanatical obsession with that over real policy issues that affect everyone – from the cost of living to the collapse of public services and the housing crisis – will make any future prime minister look wildly off-base.

If the Conservative party commits to this path, it will face an electorate in 2024 weary from an expected recession and surrounded by a crumbling state.

With those voters struggling to put petrol in the car and food on the table, a party still bleating about ‘wokery’ and shrinking the state could find itself as cooked as Boris Johnson come the next election.

Lindsay Birbeck: Teenage boy guilty of murdering mother-of-two and burying her in cemetery

James Bond premiere: Tickets for Troops get 80 seats for 007 film in thank you to military