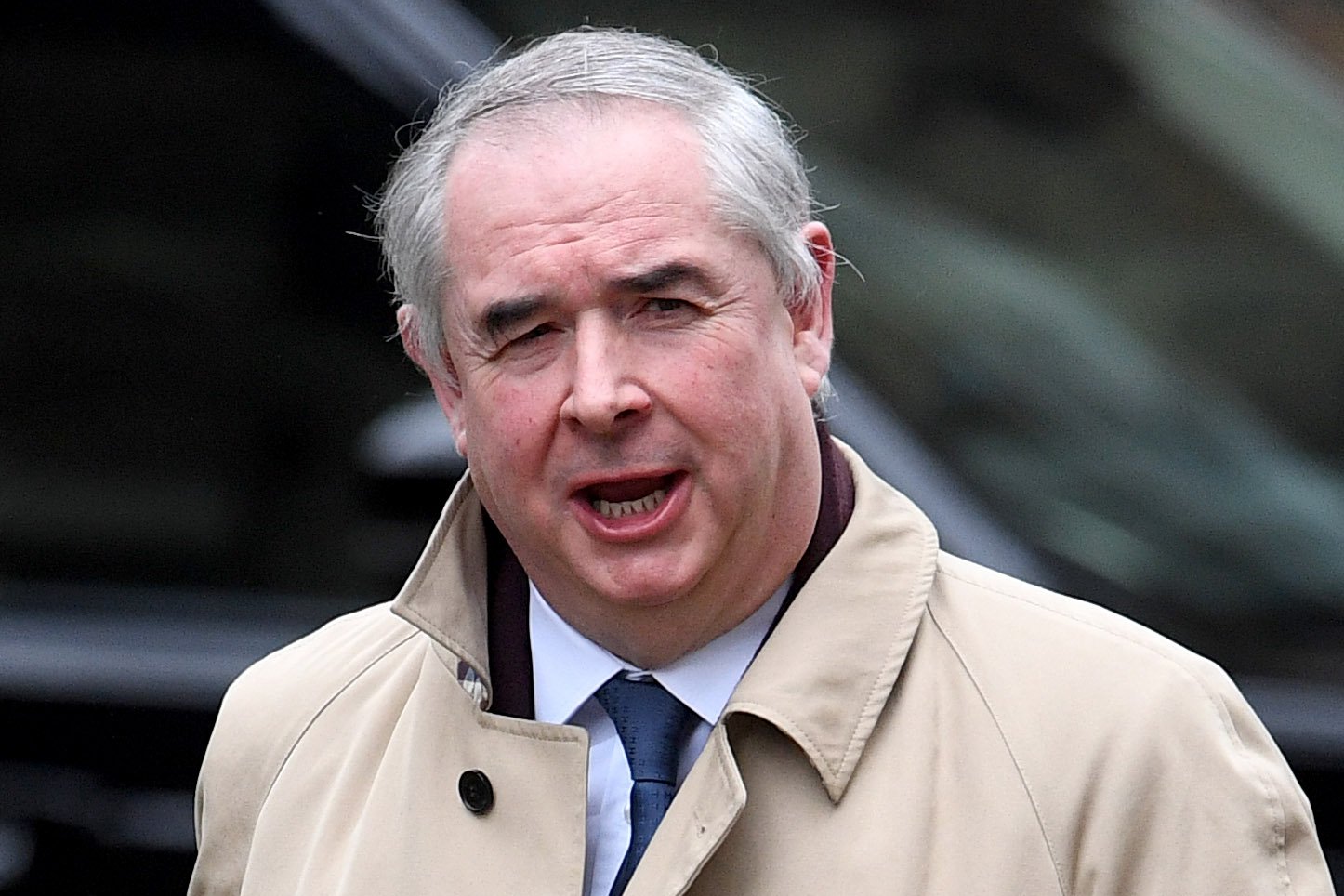 The Tory MP who pocketed thousands working for tax havens in the Caribbean has insisted he was ‘pursuing an honourable profession’.

Sir Geoffrey Cox became a flash point in the scandal over MPs having second jobs after it emerged he spent almost a fortnight a month doing legal work rather than parliamentary business between January and July.

The MP for Torridge and West Devon worked 5,000 miles away from his constituency, earning Boris Johnson’s £157,000 salary in the space of two weeks.

Current rules allow MPs to have second jobs but the Tory sleaze scandal has sparked calls for this to be reviewed.

When questioned on his second job and whether he had eroded public trust in politicians, Sir Geoffrey doubled down on his defence that he had done nothing wrong.

He said: ‘Well I can’t see why because all I’ve been doing is pursuing an honourable profession and looking after my constituency.’

Asked if he was guilty of Tory sleaze, he said: ‘No, of course not.

‘I’m doing in Parliament exactly what John Smith did, what Bob Marshall-Andrews did, what Alex Carlisle did, what dozens of very distinguished Labour and Liberal Democrat and Conservative MPs have done for generations in Parliament, which is to practice the law.’

He said: ‘At all times of my time as MP of this constituency, I have given my constituents my full commitment.

‘I’ve been voted in many times and I look forward to abiding by the judgement of the electorate next time.’

Sir Geoffrey has been a practicing lawyer since 1982 and was appointed Queen’s Counsel in 2003, two years before being elected as an MP. He co-founded Thomas More Chambers in 1992, and retains a 15% stake in the firm.

Commons records show he has continued working as a lawyer throughout his time in parliament, which is permitted under the rules.

Analysis by the Guardian calculated his earnings since coming into parliament in 2005 are set to hit £5.2m this year.

The majority of this has come from providing legal advice to the British Virgin Islands government in an investigation launched by the Foreign Office.

Sir Geoffrey released a lengthy statement in which he said he had made ‘no secret of his professional activities’.

Referring to himself in the third person, he said he will ‘fully cooperate’ with any standards investigation and that he ‘does not believe that he breached the rules’.