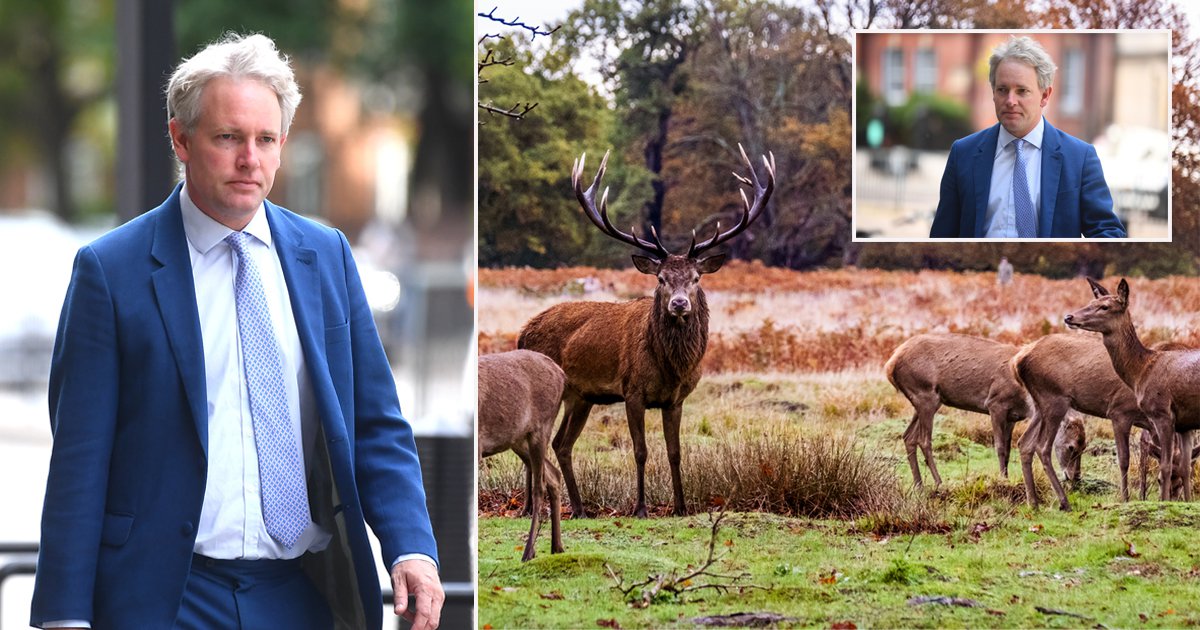 A Conservative MP has been fined for letting his puppy spark a stampede of 200 deer in Richmond Park.

The dog spotted a large herd of fallow deer, many of whom were pregnant, and gave chase.

Six deer are killed by out-of-control dogs in the park every year.

He said: ‘Dogs chasing deer cause great distress and it often leads to physical attacks on the deer.’

Kruger, 46, of Hammersmith, was Prime Minister Boris Johnson’s political secretary before his election as a Member of Parliament in 2019.

He appeared in the dock today wearing a blue suit, white shirt and purple tie, as well as a black face mask and admitted a charge of causing or permitting an animal to chase or worry another animal in a Royal Park.

The court heard that Kruger had been on a long walk in the 2,500-acre park with his wife and three children in the spring, when Pc Samantha Riggs spotted his dog running across the road towards a herd.

Volunteer ranger Duncan MacCallum said he asked Kruger to call his puppy back, ‘which seemed to spur him into action’.

In body-worn camera footage – which police declined to release – Kruger can be heard repeatedly shouting ‘Pebble’ before the dog returns and he is able to put him on a lead.

The MP was said to have been ‘contrite and apologetic’ following the incident, which lasted around 45 seconds.

He told police: ‘I’m sorry, I had no idea, I didn’t see the deer. Anyway, obviously he needs to be on a lead.’

He told Kruger: ‘The video says it all really, doesn’t it? You should have known better, especially in Richmond Park, where everyone knows there are wild deer.

‘Your dog was not under control, he was able to frighten the deer and here you are in court today.

‘The deer were clearly startled and frightened. It could have caused injury, fortunately it didn’t.’

Owners must keep their dogs on leads in Richmond and Bushy parks in deer birthing season between May 4 and August 2.

Richmond Park is home to 630 wild deer and is a national nature reserve as well London’s largest Site of Special Scientific Interest and a European Special Area of Conservation.