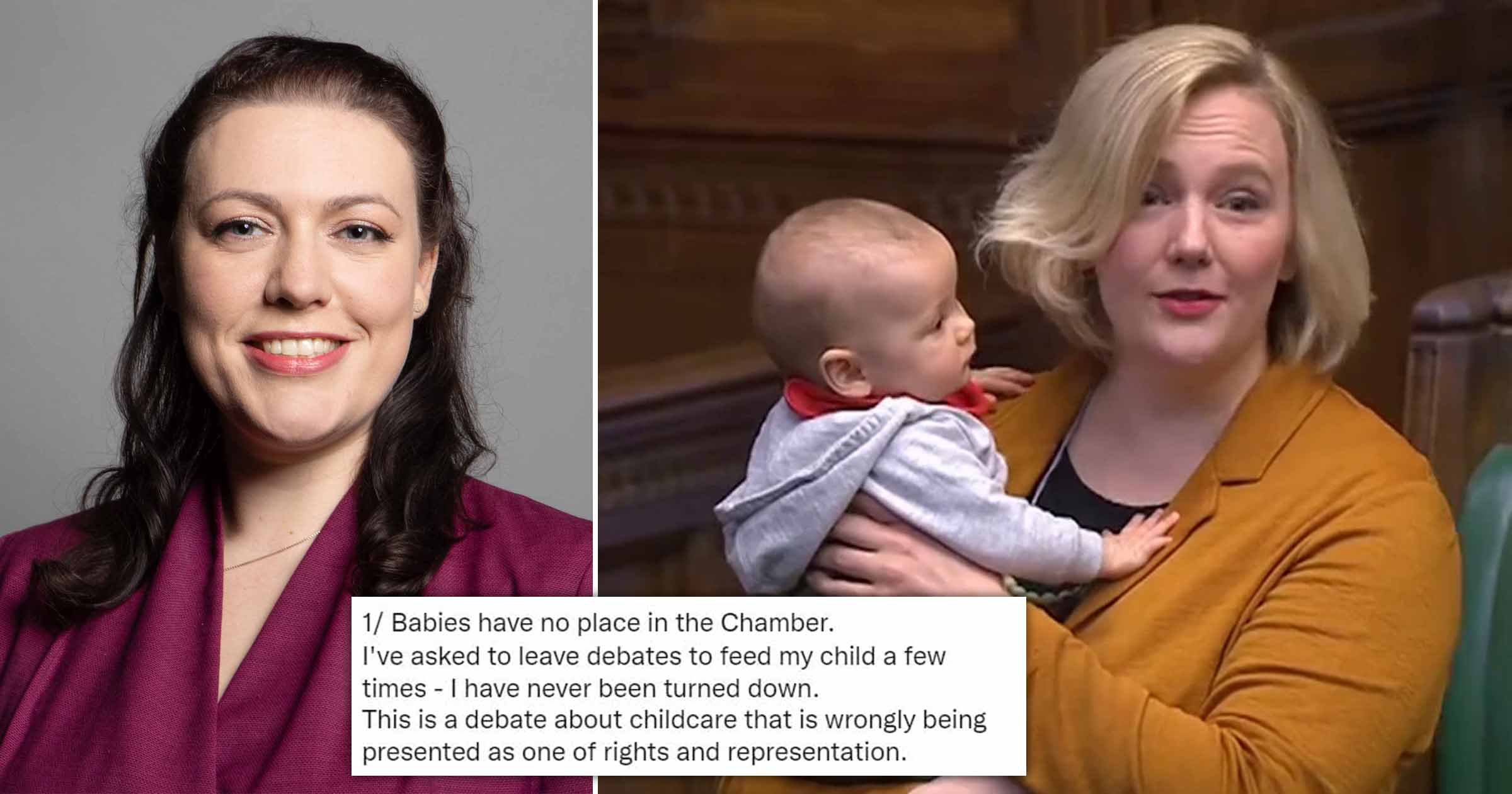 A Tory MP has said she does not support allowing mothers to take their babies into the House of Commons as this would happen in ‘no professional workplace’.

Alicia Kearns said that the chamber is ‘no place’ for a baby and that she personally had not had any difficulties leaving her child outside debates and taking 20 minutes away if she needed to feed her.

The issue is currently being discussed as Speaker Sir Lindsay Hoyle said he backs allowing MPs to take their babies into parliamentary debates as long as they are not disrupting proceedings.

He requested a review into whether the rules should be updated amid an outcry over Labour’s Stella Creasy being told she can no longer have her infant son with her.

Currently, MPs are allowed to take their babies with them when voting but not when participating in debates, although the Speaker and his deputies have exercised their discretion on the issue in the past.

Rutland and Melton MP Ms Kearns, who announced the birth of her second child in January this year, said: ‘Babies have no place in the chamber.

The cross-party Commons Procedure Committee has been asked to examine the rules around babies in the chamber.

Sir Lindsay told the Daily Telegraph his view is that the ‘chair on the day has got to make a decision’.

Referring to Ms Creasy’s son, he said: ‘I saw that baby come into the chamber when I was in the chair. And did it affect the debate? No. Was it a quiet and peaceful baby? Absolutely. Did it disrupt? Not in the slightest. So did it matter to me? Absolutely not.

‘What I would say, and I’ll be quite honest with you, is each chair will make a decision. Unfortunately it’s become highly political.

‘It is now for others to decide, that’s why the committee is reviewing it. And I will then have to respect (that decision).’