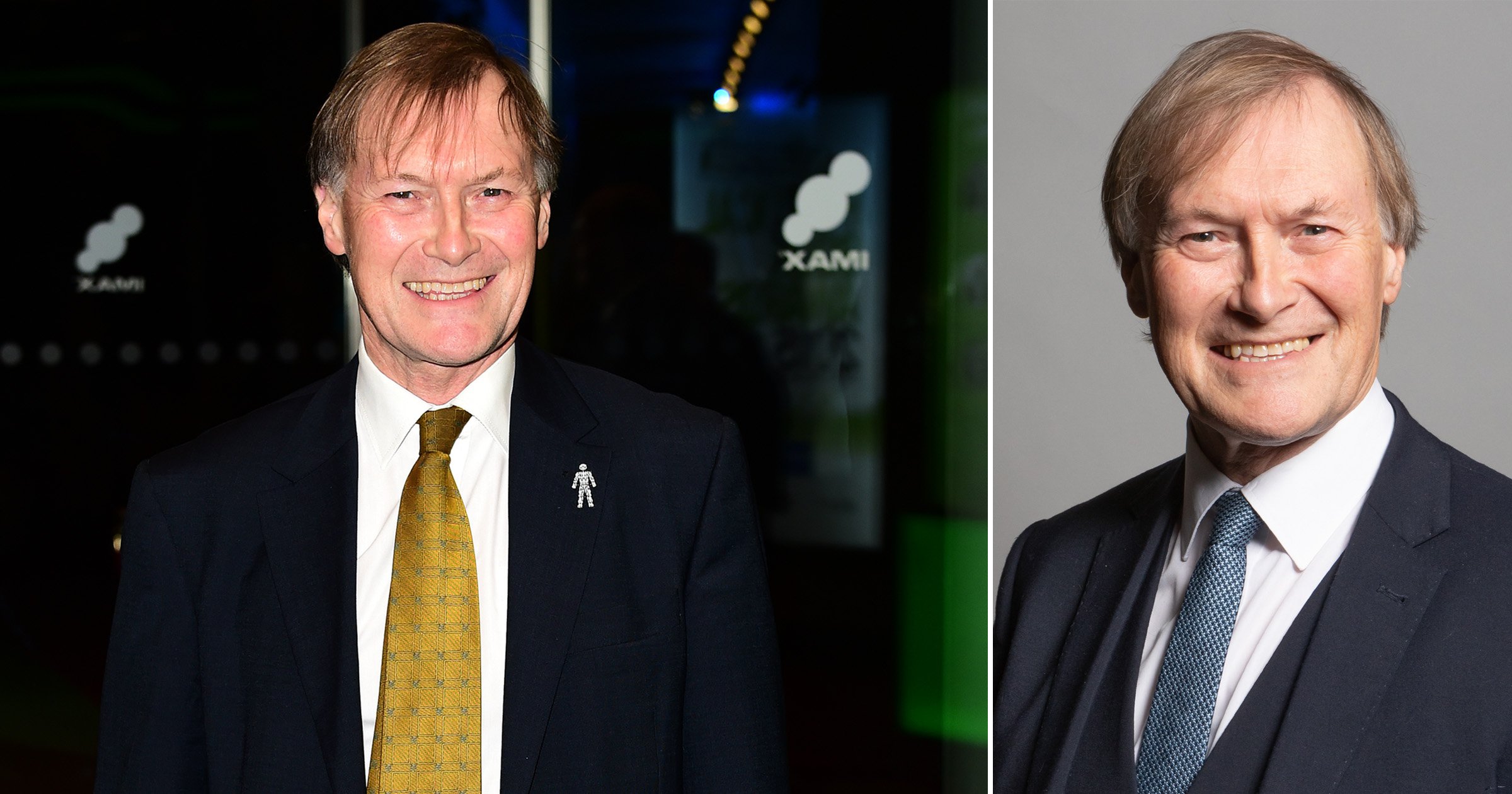 The married father-of-four, who represents Southend West, was attacked after he went to meet up with residents at Belfairs Methodist Church in Leigh-on-Sea.

Essex Police have arrested one suspect, a 25-year-old man, on suspicion of murder.

The attacker ran into the church at around 12pm and knifed the politician while he was holding an open meeting, according to witnesses.

Armed police swarmed the scene as Sir David, 69, received treatment for his injuries. An air ambulance was also sent.

The MP’s office initially confirmed an ‘incident’ had occurred but did not give an update on his condition.

Local councillor John Lamb said Sir David Amess was ‘stabbed several times’ during the attack, telling reporters: ‘We’re not sure how serious it is but it’s not looking good.’

He believed emergency workers were trying to stabilise Mr Amess, a married father-of-four, before attempting to move him from the church.

One witness called the incident ‘very distressing’ and described seeing someone being taken out of the building and put into the back of a police car, before he was asked to leave the area.

The Jo Cox Foundation, the charity set up in memory of the Labour MP who was murdered in 2016, said it was ‘horrified’ by reports of the stabbing.

‘We are thinking of him, his family and loved ones at this distressing time,’ the foundation said.

Sir David has been a member of parliament since 1983.

In March, he called on Boris Johnson to commit to reducing knife crime after his constituent Luke Bellfield, 18, was stabbed to death a few miles from his home.

He told the Prime Minister: ‘This has been horrendous for his family and friends who have been left behind, and my heart goes out to them all.

‘What more does my Right Honourable Friend think that the police, society and Parliament can do to make sure that there never will in the future be such senseless murders again?

The PM replied: ‘I sympathise very much with Luke’s family and his friends and there is nothing I can say to alleviate their loss.

‘But what we are doing, is recruiting many more police officers to fight crime, rolling up the county lines drug gangs wherever we can and setting out plans to keep serious sexual and violent offenders behind bars for longer.

Sir David campaigned for years for Southend to become a city – mentioning it virtually every week in Parliament. The Brexiteer was also passionate about animal welfare.

MPs have reacted with shock over the attack.

Conservative MP Michael Fabricant wrote on Twitter: ‘David Amess is one of the most lovely, uncontentious, caring MPs in Parliament. This is just awful.’

Early details of the attack are reminiscent to the stabbing of Stephen Timms in 2010.

The Labour MP survived after being knifed twice by an Islamic extremist at a constituency surgery.

Labour’s Jo Cox was the first sitting MP to be killed when she was murdered by a far-right terrorist outside her office in West Yorkshire.

Anthea Turner: John was adored by female colleagues and always respectful towards me