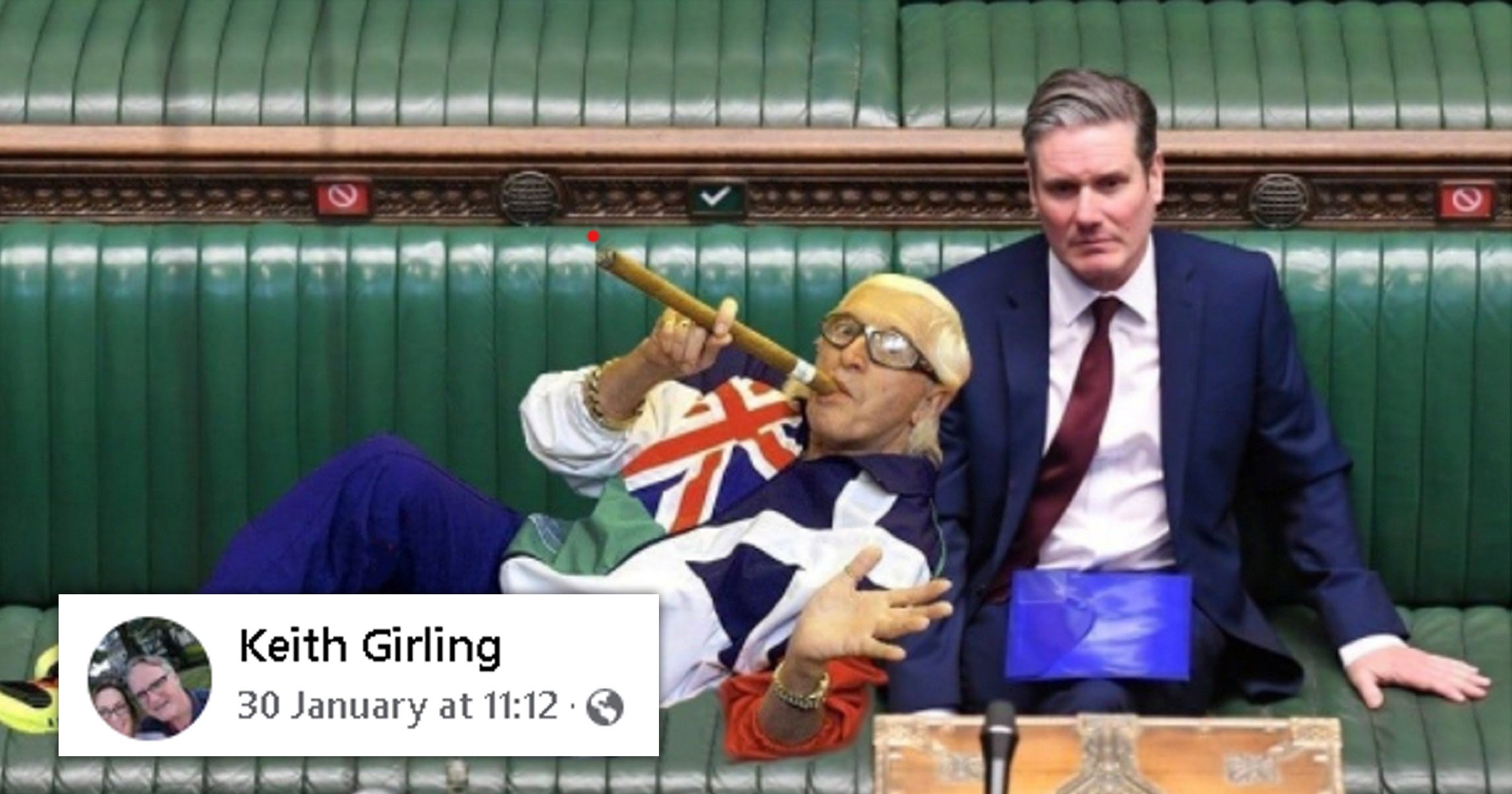 A Tory councillor has refused to apologise over a photoshopped image of Sir Keir Starmer cuddling up to Jimmy Savile in the House of Commons.

Keith Girling, the deputy leader of Newark and Sherwood District Council in Nottinghamshire, is facing a misconduct probe for sharing the fake picture on his personal Facebook profile.

It showed Savile, one of Britain’s most prolific sex criminals, smoking a huge cigar while reclining next to the Labour leader, along with the caption: ‘Double Standards Starmer.’

The 63-year-old deleted the post but when asked if he was sorry, he said he ‘didn’t care really’.

He said: ‘It’s a vexatious complaint from a party that doesn’t like the fact I’m exposing what they are saying in the by-election.

‘It’s just their way of trying to keep me quiet really. I’ve not breached any rules.’

The day after the councillor shared the ‘vile’ post, Boris Johnson falsely accused Mr Starmer of failing to prosecute Savile when he was director of public prosecutions. The Labour MP was then ambushed by an angry mob shouting ‘paedo protector’ at him.

When asked why he shared the picture, Mr Girling said: ‘To show him [Sir Keir] to be a hypocrite with the things he’s been doing.

‘He was head of the department so of course he had something to do with it, he was paid a really good wage to do what he was doing and to say “I’m in charge but didn’t know what was going on” – it’s hypocrisy.’

The Independent Alliance at Nottinghamshire County Council filed a complaint against the councillor and asked standards bosses to investigate.