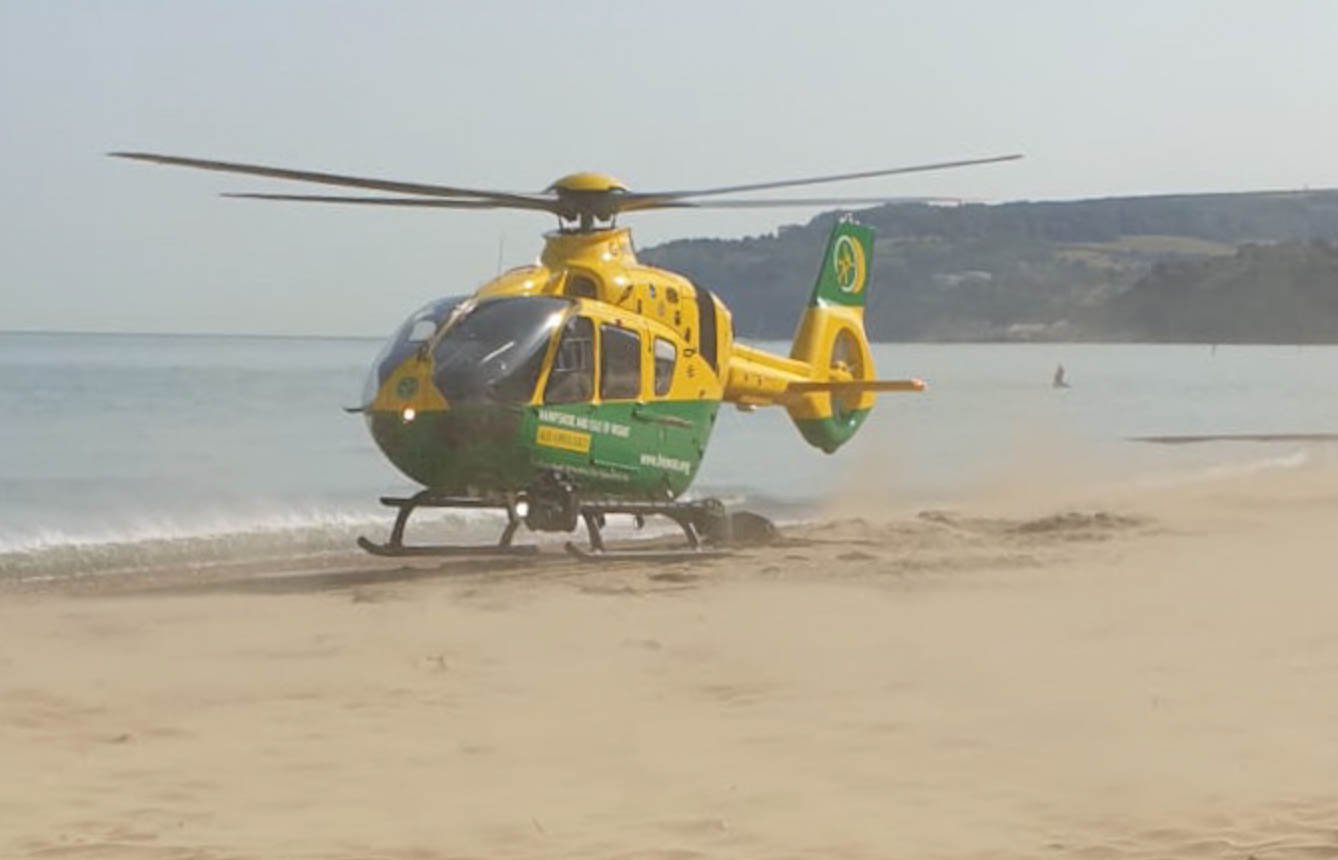 A tourist has died after being pulled unresponsive from the water at an Isle of Wight beach.

The emergency services, including an air ambulance, rushed to the beach in Sandown on Monday.

They performed CPR on the unconscious man, aged in his 70s, and tried to save his life for 40 minutes before declaring him dead.

Posting about the tragedy on Facebook, Ryde Beach Lifeguards wrote: ‘This afternoon our Beach Lifeguard team at Sandown responded to an unconscious non-breathing casualty to the west of Sandown pier.

‘The casualty, a tourist in his 70’s, was pulled from the water, with the team performing CPR as well as using the AED. Shortly backed up by paramedics, coastguards, the air ambulance and the police.

‘The team and emergency services worked on the casualty for approximately 40 minutes, before he was declared dead at the scene.

‘We cannot thank everyone enough for the support and fantastic team work from all emergency services involved in the incident.

‘Everyone worked seamlessly together and gave their all to try and save the gentleman’s life, but it was not to be on this occasion sadly.

‘Our sincerest condolences go out to the gentleman’s family and friends.’

It comes after several other tragedies in waterways and reservoirs during the heatwave.

A missing 14-year-old boy is believed to have drowned after getting into difficulty in the River Thames in west London.

First responders were alerted to reports that a child had entered the water at Tagg’s Island in Hampton yesterday afternoon.

But efforts to find the boy were unsuccessful and the rescue operation was called off at 6.40pm.

Superintendent Richard Smith said: ‘Despite the very best efforts of all involved, we must now sadly conclude that this young boy has died.

‘His death is a tragedy and I cannot begin to imagine what his family will be going through. All our thoughts are with them.

‘I know that on days like today when temperatures are at a record high, it might look appealing to jump in and cool off in rivers, reservoirs, lakes or other open water.

‘Please don’t. The dangers are real and this evening in Richmond we have seen the terrible consequences of what happens when it goes wrong.

‘To young people in particular, I would urge you to be the person in your group of friends who says no and reminds others about the dangers.’

The family of 13-year-old Robert Hattersley said they were ‘absolutely devastated’ after he died when he got into trouble in the River Tyne in Northumberland on Sunday.

Major disruption on M25 as crane smashes through central reservation