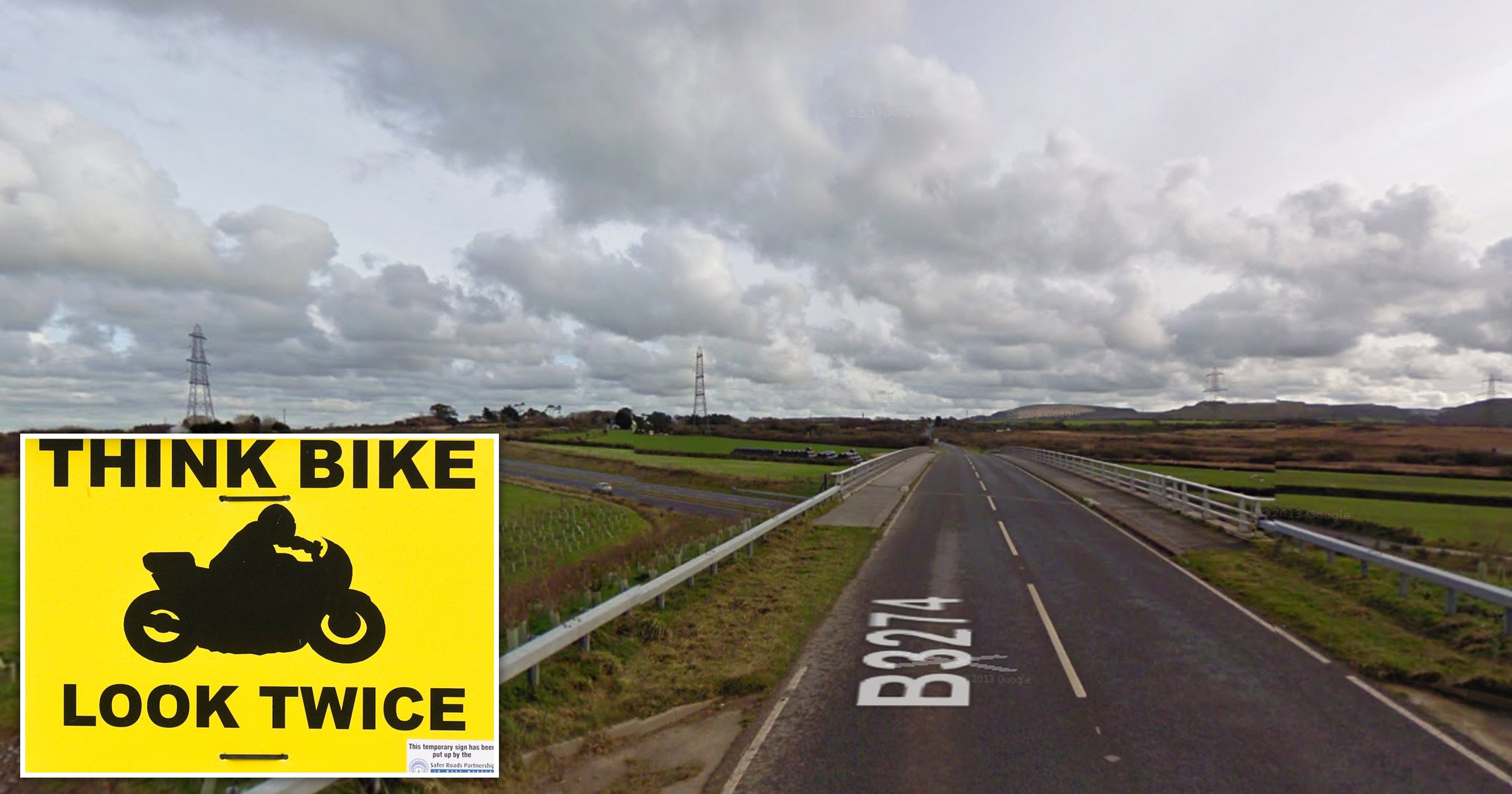 A holidaymaker killed a motorcyclist in a head-on crash while overtaking because she thought the road was a dual carriageway.

Emily O’Dell, 23, was overtaking a Mercedes car on the B3274 road in Cornwall when she ploughed into Jason Walters who was riding his 125cc bike in the opposite direction.

On Friday, O’Dell denied causing his death by dangerous driving but admitted causing death by careless driving – a plea which was accepted by the prosecution.

The judge said O’Dell, of Oxford, was a human being who, like everyone, has the capacity to make mistakes including dangerous mistakes.

Judge Anna Richardson said O’Dell worked in women’s refuges and with the homeless and was a ‘caring hard working empathetic sunny person’ who had been traumatised from the crash.

The judge said she was a churchgoer whose faith made her feel particularly responsible for 52-year-old Mr Walters’ death.

She said Mr Walters’ riding had been ‘flawless’ and he died from catastrophic injuries at the scene.

His bike slid beneath the oncoming Mercedes car on the overbridge in the A30 at the Victoria Interchange near Roche in central Cornwall that evening last June.

A fire completely destroyed the car and bike – but the female car driver escaped unhurt.

O’Dell called 999 at the scene and that she had thought the road was a dual carriageway and she was sorry, said prosecutor Ramsay Quaife.

She apologised to the victim’s family and said in a police interview: ‘It was an error I will have to live with for the rest of my life.’

Jason Beal, defence barrister, said she would never have overtaken the car in her Toyota Yaris if she had realised the road was not a dual carriageway.

The judge said voluntary worker O’Dell had been extremely traumatised by what she had done but said she had the capacity to dfo a huge amount of good in her life in the future.

She sentenced O’Dell to a two year community order with 250 hours of unpaid work, ten rehab days and banned her from driving for two years.

Camilla BOMBSHELL: ‘I wouldn’t put worst enemy through it’ – Camilla on Charles scrutiny