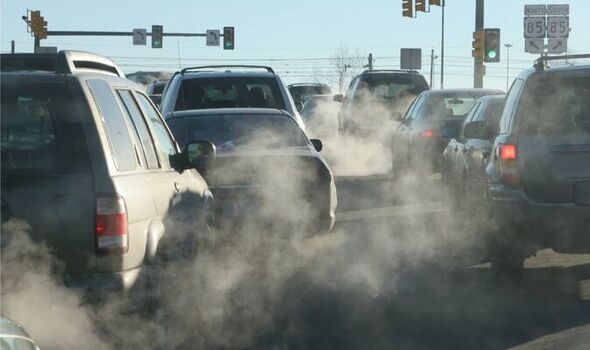 Professor Kelly, from the school of public health at Imperial College London, said: “Over the last 10 to 15 years, research has shown that the effects go way beyond the lungs.

“Every year there’s something new linked to it. Some researchers suggest it’s linked to poorer skin conditions, others have linked it to obesity, and even childhood obesity.

“It affects metabolism and upsets some of the hormonal balance. This leads to changes which we just associated with overeating. But it’s more complicated than that.

“We used to think air pollution was bad for your lungs. We worried about asthma and chronic obstructive pulmonary disease.”

Prof Kelly warned people to be aware of exposure within their homes. He said if people cook with gas or fry a lot of food, they produce significant levels of pollution indoors.

He added: “Increasingly, we’re aware you get exposed to a lot of pollution in your home, just through lifestyle. We’ve changed the way we clean our homes enormously.

“Our parents would probably have used vinegar and water for cleaning.

“Now we’ve got these complex cleaning agents, which have a whole range of pretty toxic chemicals in them – that’s why they’re so good at removing biological contaminants.

“But, on the other hand, residual chemicals end up in our home and we’re breathing them in.”

The Committee on the Medical Effects of Air Pollutants last month published findings into dementia and air pollution after reviewing almost listed 70 studies analysing how exposure to emissions affects the brain.

It concluded that air pollution is likely to increase the risk of accelerated “cognitive decline” and of “developing dementia” in older people.

Experts believe this is due to the impact of pollutants entering the circulatory system, affecting blood flow to the brain.

Larissa Lockwood, director of clean air at on dirt in charity GlobalAction Plan, said: “Air pollution dirties every organ in your body.

“This report adds to the growing evidence base – showing that air pollution affects everyone and is more than just a lung health issue.”

Sarah Woolnough, CEO at Asthma + Lung UK, described air pollution as a “public health emergency” that is affecting people from the cradle to the grave.

She said: “That’s why as a charity we’re urging the Government to commit to tougher legal limits in October which will curb the levels of the most harmful form of air pollution to human health (PM2.5) by 2030, rather than current proposals which delay compliance until 2040.

“As the evidence relating to the health effects of air pollution continues to grow, we cannot risk forcing another generation to grow up breathing dangerous air that is harming their lungs and future health.”

Writing in the Daily Express, she says: “Air pollution kills an estimated seven million people a year worldwide, with children particularly in danger due to their still-developing lungs and nervous system.”

An inquest recorded Ella, who died in 2013 after an asthma attack, as the first person in the UK to have air pollution listed as cause of death.

Prof Gavin Shaddick, an adviser to the Government on the issue, called it “a landmark decision”.

At the conclusion of the two-week inquest, coroner Philip Barlow said Ella was exposed to “excessive” levels of pollution. The inquest heard in the three years before her death, she had multiple seizures and was admitted to hospital 27 times.

Meghan Markle news: Is THIS why Meghan won’t meet Trump when he visits the UK?