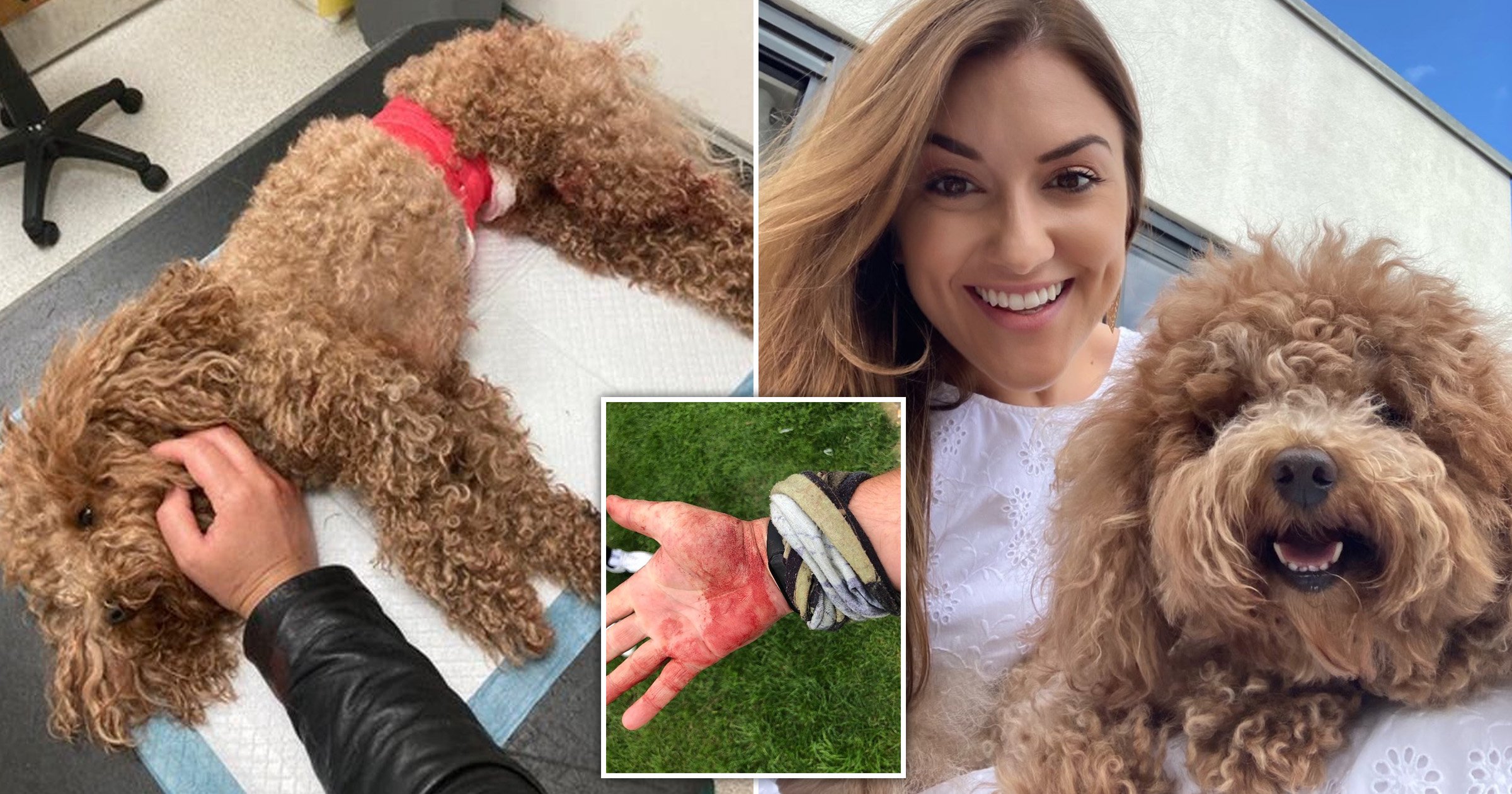 A toy poodle was shockingly left for dead after she and her owner were attacked by three dogs in a park.

Anna Guglielmi, 32, was walking her three-year-old dog Ruby in Bartlett Park, Poplar, east London, when they were set upon on August 26.

The marketing researcher told the Evening Standard: ‘We were walking into the dog park and I took Ruby off the lead. Then these three huge dogs came running towards me.

‘I immediately grabbed Ruby and was holding her but they jumped on my back and were biting her. They bit me. It was terrifying.

‘They were pit bull terrier-style dogs and the owner couldn’t control them. He didn’t even have a lead.’

She said one of her friends stepped in to try and stop the attack, and he was bitten in the face. Ms Guglielmi was also bitten in the legs.

She added: ‘Ruby was screaming, I was screaming. I was trying to protect her but they just kept attacking. They were out of control.

‘It’s terrifying to think that could have been a child walking in that park. I believe they would’ve done the same thing.’

Ruby was rushed to a vet, but her injuries were too severe and she had to be put down.

Ms Guglielmi added: ‘Ruby was still alive, but she’d lost so much blood. Her organs were punctured and the vet just said she couldn’t be saved.’

A fundraiser has now been launched to raise money for a memorial bench in the park.

The bench will be dedicated to Ruby and another dog called Leia, who sadly died of cancer on the same day. They both were regularly seen in Bartlett Park.

At the time of publication more than £1,700 had been raised. Any extra funds will be donated to a dog charity.

Ms Guglielmi is calling for a change in the law which would see dogs that attack and kill animals treated in the same way as if they had attacked humans.

At the moment, dogs are usually only considered ‘dangerously out of control’ and destroyed if they injure a person.

A Met Police spokesperson said: ‘We can confirm that police were called to Bartlett Park on Thursday, August 26 to reports of a dog having been attacked by other dogs. The poodle later died from its injuries.’

Three dogs were seized by police later that day, but no arrests were made.