The Sunday Express can reveal the Government is looking at how to respond if Brussels goes through with threats to punish Britain over plans to override the Withdrawal Agreement. A Whitehall source has confirmed that “a trade war is a concern” and that ministers are “considering all options” – but only if the EU initiates the hostilities. This could mean that German carmakers BMW and Mercedes, Italian fashion house Gucci, French wine including Champagne and Irish beef could all have access to the British market impeded.

The row concerns the Internal Market Bill which the Government is putting before Parliament this week and which would alter the Withdrawal Agreement.

It addresses the part of the agreement aimed at preventing a hard border between Northern Ireland and the Republic of Ireland.

If the Bill becomes law it would give ministers power to modify rules over the movement of goods between Britain and Northern Ireland that would come into force if the UK and EU are unable to strike a trade deal.

The Government said this is a way of protecting the “integrity” of the UK. But the EU has threatened legal action.

The move comes as the Sunday Express found senior Tory MPs are preparing to join other leading Brexiteers in demanding that the controversial Withdrawal Agreement is “torn up” altogether. Members of the European Research Group and the Brexit Party are expected to call on the Prime Minister to repeal the agreement and take it out of law. 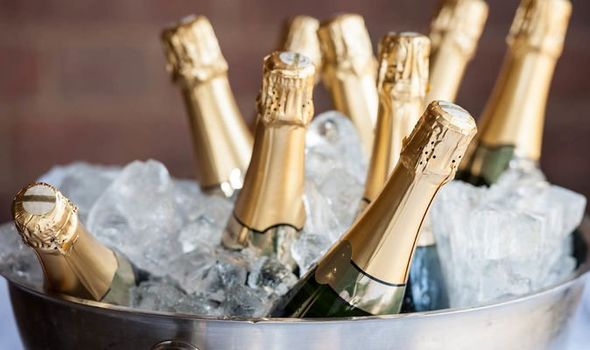 It is also understood that the ERG has allies in the cabinet over a move to ditch the agreement, with patience running out after four years of negotiations.

A senior Tory behind the plan said: “The problem is that we have seen the EU can misuse the Withdrawal Agreement and at the moment it still stands if we walk away from trade talks.”

The revelations about a potential trade war come after a week where Brussels issued open threats to Britain over Boris Johnson’s plans to introduce the Internal Market Bill into Parliament.

This followed a threat by the EU negotiation team of Michel Barnier, above, to “disrupt the supply of food to Northern Ireland” using the Withdrawal Agreement signed in January.

This was unless the UK signed up to its demands for following EU regulations and being allowed access to fishing waters.

With talks on the brink of collapse, it is understood that senior figures in Mr Johnson’s administration have calculated that a tariff war will be far more damaging to the EU than Britain. The Sunday Express was alerted to a report published by the European Parliament in 2017 which highlighted an economic catastrophe for the EU’s agriculture sector.

It stated: “A return to World Trade Organisation rules would imply significantly less agri-food trade between the EU and UK in both directions.

“Some EU exports would almost completely collapse, like those of rice, white meat, sugar, dairy and red meat.”

Farmers in Ireland, Holland and France, would be the worst hit, the report claimed.

But it added: “Brexit could be an opportunity for the UK’s agri-food sectors as a whole.”

According to 2018 figures, more than half of Ireland’s beef is sold to Britain and is worth more than £1billion annually to the Irish economy. 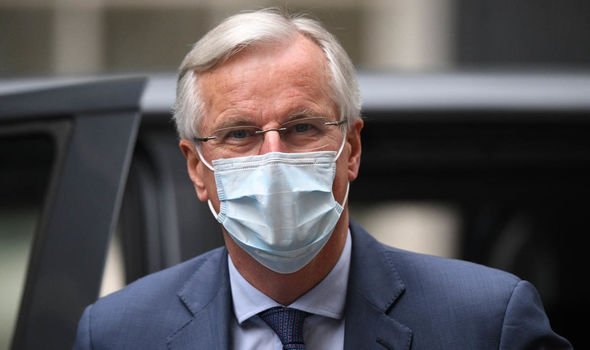 Britain is the second biggest import market for French wine, in a market worth £1.3billion. The UK is the biggest importer of Champagne at 27 million bottles a year.

The EU’s biggest import to the UK is motor vehicles, worth £48.5billion in 2018 (18.2 per cent of EU imports). German carmakers including BMW and Mercedes are the most vulnerable, it was said.

Also in the top 10 EU exports to Britain are clothing and accessories, mainly luxury brands, which were worth £7.1billion in 2018, 2.7 per cent of the market. It is understood that the rapidly concluded trade deal with Japan has given Britain “renewed confidence” because any extra expense caused by tariffs on EU products will be offset by goods from countries the UK has trade deals with around the world.

Deals with the US, Australia and New Zealand have made significant progress.

Secretary of State for Northern Ireland Brandon Lewis said in the Commons last week that the Bill would break international law in a “specific and limited way”. 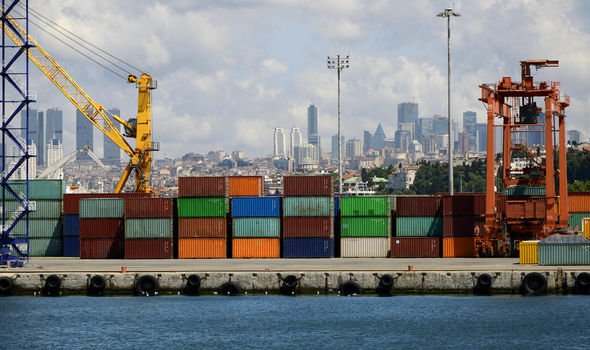 He said: “The legal position was outlined by the attorney general this week and the position we’ve taken is entirely consistent with the rule of law. It’s important to consider what it is we’re seeking to do.

Meanwhile, sources close to the UK’s negotiating team said they are “baffled” by the EU’s demands from Britain and its claims that the UK is “not engaging across all areas”.

The two former prime ministers said that the move would jeopardise peace in Northern Ireland, as well as destroying trust in the UK.

They wrote: “The Government’s action does not protect the Good Friday agreement – it imperils it.”

Royal POLL: Should Meghan Markle and Harry drop titles if they want to move into showbiz?