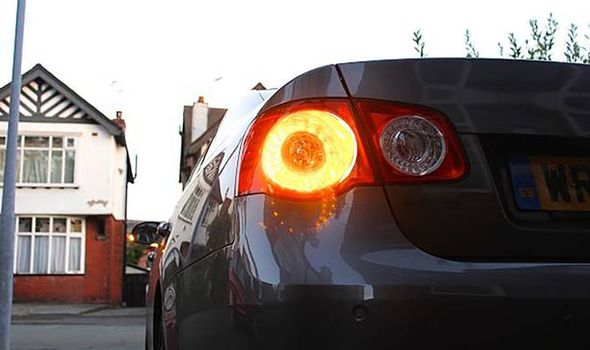 Timothy Edworthy, 67, was checking the car’s brake lights on his driveway when his partner Lorriane Dixon got in the car ready for a journey. She turned on the engine and thought she put the motor into park but instead had selected reverse. It collided with Mr Edworthy, who was rushed to hospital with a bleed on the brain, a broken right shoulder blade and two broken ribs.

Mr Edworthy’s inquest yesterday heard he died three days later after being placed on a machine which helped him breathe in the Intensive Care Unit.

“I pressed what I thought was the brakes but it was obviously the accelerator and it jerked back, I didn’t hear it I just saw him go backwards so I pulled forward and jumped out of the car and was absolutely distraught.”

The incident was witnessed by two people, Derbyshire Live reports. Jessica Beswick, 17, was coming home from college when she saw the collision.

Her statement said: “It was around 4pm when me and my friend Grace were on the bus returning from college, we got off the bus outside the shops on Summerskill Green and we were walking towards Crich Road and as we were crossing over Sutton Crescent, it appeared a man and a woman were checking something at the back of the car.

“We’d just reached Crich Road when we heard a loud bang, it sounded like a car crashing, I turned and spun round quickly and saw the man we’d just past falling to the floor, he fell onto the road behind the car and his head hit the ground really hard.

“The female was still in the car when we got there, she got out, informed us that she was his wife and they were checking if the brake lights on the car were working, she also told me she’d pressed on the accelerator instead of the brake pedal and the car was in reverse at the time which is why it hit him.

“I called 999 on my mobile phone requesting an ambulance and stayed with them until the ambulance arrived.”

Mr Edworthy had previously suffered three strokes, was taking a blood thinner and had been in the intensive care unit back in 2019 where he was on a ventilator.

The man’s son, Alec, praised the hospital staff who looked after his father.

“What happened on Monday afternoon was a tragic accident and I do not hold Lorrie [Lorraine] responsible for what happened but I know she blames herself and will likely do so for a long time,” he added.

“Lorrie has been our dad’s soul mate and companion for over 20 years and most recently his carer. We’ve all lost someone we dearly love and punishing Lorrie further is in no one’s interest.”

Peter Nieto, area coroner for East Midlands, concluded by agreeing with Mr Edworthy’s son that it appeared to be a tragic accident and concluded that Mr Edworthy’s death was as a result of an accident.

Breakfast, freezers, Lego: On the vaccine trail in Germany