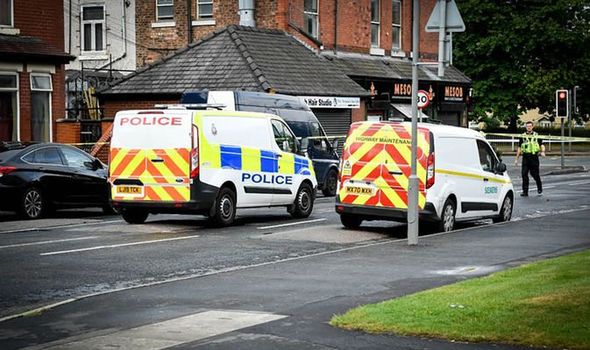 The 70-year-old was knocked over by one of two cars which crashed at a junction on the border of Hulme and Moss Side, Manchester. It is believed one car changed lanes and hit the other vehicle, which ploughed into a lamppost at around 12.50am.

The pedestrian died at the scene, reports Manchester Evening News.

A 34-year-old man, who was driving one of the cars, was arrested on suspicion of causing death by dangerous driving.

The road, which goes from central Manchester and through Hulme, Moss Side and Withington to suburban areas like Wythenshawe, remains closed as police investigate the crash.

Police Sergeant Andrew Page, of Greater Manchester Police’s Serious Collision Investigation Unit said: “This is a tragic incident in which a woman has very sadly lost her life and our thoughts are with her loved ones at this incredibly difficult time.

“An investigation is under way into the circumstances leading up to the crash – anybody with information or dashcam footage of this collision is asked to call police on 0161 856 4741 quoting log 107 of 29/07/21.”

It comes after footage emerged of another crash on a residential street in Moss Side which left one driver seriously injured.

William Charlton: Convict shouts ‘I hope your daughters don’t get raped’ at sentencing