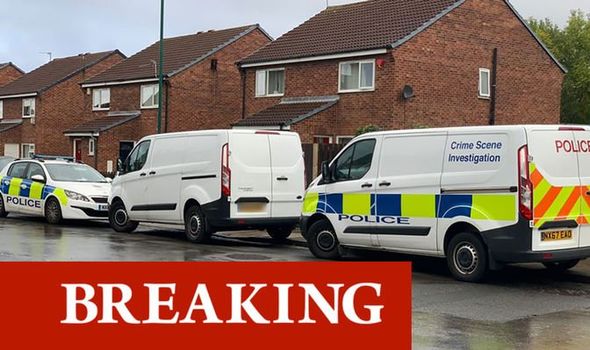 Emergency services – including the air ambulance – dashed to a property in Grangetown, which is near Redcar, Teesside, on Wednesday morning. Neighbours watched on and reported a small child had been rushed to hospital.

It has now been confirmed that the child – a two-month-old girl – has died following the emergency.

A post-mortem examination will be held in an attempt to determine the cause of death, reports Teesside Live.

The grief-stricken family is being supported by police.

A spokeswoman for Cleveland Constabulary said: “Police attended a report of the sudden death of a two-month old baby girl at an address in Tennyson Avenue, Grangetown, just before 10am on Wednesday.

“Police are always informed of sudden deaths and officers are supporting the family.

“A post-mortem will now take place to establish the cause of death.”

No further details about the tragedy have been released at this stage.

Great North Air Ambulance (GNAA) and the North East Ambulance Service attended the scene of the emergency, which happened on a residential street.

Speaking yesterday, a North East Ambulance Service spokesperson said: “We were called this morning to a medical incident at a private address in the Grangetown area of Middlesbrough.

“For reasons of patient confidentiality, it is not appropriate for us to comment further.”

When I first came to the UK, I was so homesick I stopped eating for a week