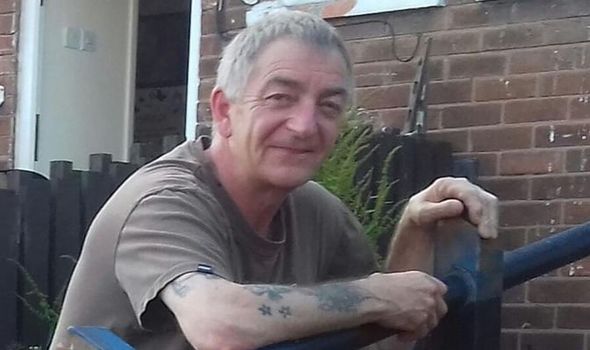 It took two weeks for father-of-five James Duncan Spary’s body to be found among the trees by which time he had to be identified by his tattoos. James’ inquest heard he had hanged himself just minutes from his “favourite place” in the woods.

James, 56, known as ‘Jimmy’ to his family, had become depressed and suffered from anxiety, causing him to give up his window manufacturing firm last year.

But when he found work, he hated not being his own boss, the hearing was told.

Speaking at the inquest in Bolton, Greater Manchester, James’ heartbroken widow Melanie said: “Things began to get on top of him. There weren’t really any money problems – it was all in his head.

“He did get a job, but he hated it because he was no longer his own boss. The situation deteriorated over the next 12 months and he became difficult to live with.

“He was taking anti-depressant medication, but I think it was causing his depression. That became a very difficult time for the family. There was a change in his character.

“In June 2020, the lockdown was having a terrible affect on James and I asked him to leave so we could give each other some space. I thought it would be temporary, but he might’ve thought it was permanent.” 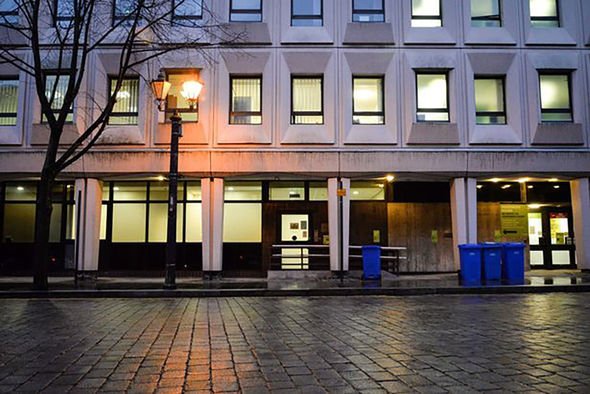 Things began to get on top of him. There weren’t really any money problems – it was all in his head

James phoned all his children one by one on Friday June 12, 2020, and seemed overwhelmed, relatives said.

Melanie added: “He told one of our daughters he loved her. It was unusual that he would do this.

“That’s when I think he made a decision that he couldn’t see a future for himself.

“He was saying his goodbyes. Once he had done that, his mood seemed a lot better for the following few days.”

James’ daughter Beth, 22, told the inquest: “He put a lot of expectations on himself about how he wanted to provide for the family. He was worried he couldn’t provide for us.

“If you offered him a solution, he didn’t see how it could end in a positive way.

“Then I had a worrying conversation with him. He said he did not want to be here. He never said he wanted to take his own life, but on one occasion he said he was really overwhelmed and he was contemplating buying a rope.”

On Tuesday June 16, last year, James left his home in Little Hulton, Greater Manchester, for the woodland in nearby Salford. A police dog trained to find deceased people located him on Saturday June 27.

Handwritten notes were found on James, but no suicide note.

Beth asked Greater Manchester Police coroner’s officer PC Marcheta Hogan why the information she had given the police about James’ possible whereabouts on the day she reported him missing had not been acted on and the area searched immediately.

PC Hogan said: “There was quite a lot of investigation in the areas covered. People in the area hadn’t seen anything suspicious. We weren’t looking for someone who was deceased, we were looking for a missing person.”

However, GMP’s professional standards branch has investigated the search for James to look at ways procedures and policies “could be improved”.

In a report submitted to the the inquest via PC Hogan, Detective Sergeant Suzanne Rigby said the danger to James had initially been set at a “medium risk” level when it should have been immediately escalated to “high risk”.

Assistant coroner for Manchester West Stephen Teasdale said: “It could’ve made a difference in other circumstances, but not in this case.”

The coroner concluded James had died by suicide and the cause of death was suspension by ligature.

Samaritans (116 123) samaritans.org operates a 24-hour service available every day of the year. If you prefer to write down how you’re feeling, or if you’re worried about being overheard on the phone, you can email Samaritans at [email protected]

Extra 1,000 trains a day to get Britain out of lockdown and back into the office