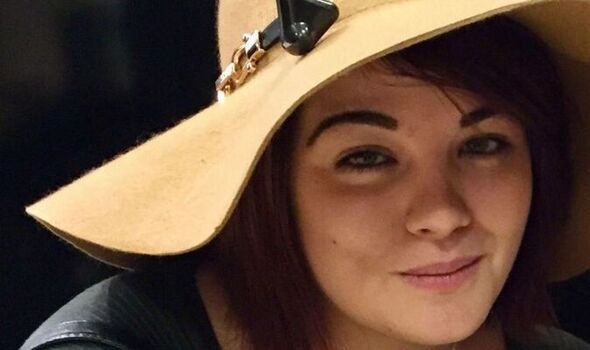 A young woman who died after falling from a seven-storey car park had been assessed by mental health experts hours earlier.

Mollie Stansfield was just 22 when she died. An inquest into her death opened yesterday, December 7.

Since secondary school, Mollie had struggled with her mental health and drug addiction.

However, she was adored by her family and friends, and at the time of her death on July 10, 2019, there was an outpouring of grief, reports Hull Live.

The inquest heard how police had been called to a high-rise block of flats in Barnsley Street, east Hull, at around 1pm on July 10, 2019.

They were told Mollie had threatened to jump off the tenth floor and was very upset.

Officers decided to take her to Miranda House under Section 136 of the Mental Health Act, which gives them the power to take someone to a place of safety if they appear to have a mental health issue.

Once there, Mollie was assessed by two psychiatrists and two approved mental health professionals (AMHPs).

However, after 45 minutes, they felt she was well enough not to be sectioned and put her in the care of the community team.

Craig Parkinson was a trainee AMHP who was present during Mollie’s assessment after she was brought into Miranda House following the Section 36 order.

Giving evidence at the inquest, he said: “We believed Mollie was under the influence of cocaine at the time.

“But when we assessed her, she appeared calm, was maintaining eye contact, and was engaged.

“She said she would not do anything to harm herself.

“She was also talking about getting employment in the near future and mentioned her boyfriend.

“She said she would engage with the mental health team and would make contact with drug rehabilitation service Renew.

“I was shocked when I heard what happened.”

Fellow AMHP John Bettison also described Mollie as “calm, collected and engaged”, adding: “We have to take on board how they behave as well as what they say.

“I was deeply saddened to hear what happened later on.

“But when we carry out an assessment we have to take what the patient says in good faith and how they are presenting at the time. But that behaviour can change quickly.”

The inquest, which is set to last three days also heard written evidence from pathologist Dr Laszlo Karsai who confirmed Mollie, who fell from Princes Quay car park, died of “multiple traumatic injuries as a result of a fall from height”.

She was also found to have a number of drugs in her system, including cocaine.

Alice Deverell had been Mollie’s mental health nurse since 2017.

She said Mollie’s was a complex case where she had periods of stability punctuated by episodes of self-harm, suicidal thoughts and psychosis.

Miss Deverell also confirmed that Mollie was sectioned in January 2019 for four days.

She then overdosed in February that year and was sectioned again in April.

She also self-harmed in June – just a couple of weeks before she died – and required surgery.

If you are having extreme feelings of suicide or self-harm, please contact The Samaritans or call 116 123