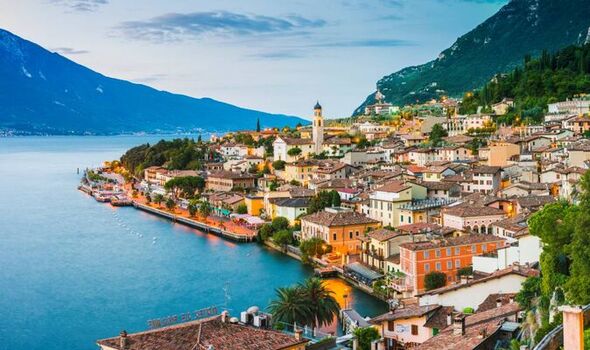 After being helped by his dad, the teenager was pulled on to a speedboat the family had hired. It is thought the dad, who has not been named, was then unable to get back on, and began struggling before he disappeared below the surface. Coastguards believe he may have gone into thermal shock due to the change in temperature after entering the cold water.

Screams for help from the boy’s mum and two children, including a five-year-old daughter, alerted other boats.

A member of the public called the coastguard, which began searches on Friday and continued yesterday.

A witness told local media: “We were about 100m from the shore when we heard a woman screaming for help. I looked over and she was on a boat with two children shouting and pointing to the water, so we called the emergency services and they were there very quickly.”

Coastguard units and several volunteer boats took part in the search while a helicopter scanned the water from above.

Specialist divers and a robotic underwater camera were also deployed. Lake Garda coastguard commander Antonello Ragadale said: “The search went on for several hours until it got dark and started again at first light yesterday.”

“The father was very brave in what he did. He saw his child in danger and he did what any parent would do and tried to save them, which he did, but sadly it would appear he has lost his life.”

A local coastguard spokesman said: “The family had rented a boat from a local company for two and a half hours and were due to return it a little before the accident.”

“The man dived in to save his eldest child who was in difficulty and he managed to push him back towards the boat but he then got into trouble.”

“It was very hot on Friday afternoon but the water was a good 10 degrees colder so it’s possible he could have had a seizure due to the thermal shock.”

The family had been staying at the nearby four-star Hotel du Lac et Du Parc at Riva del Garda and were due to celebrate the company director’s birthday on Tuesday.

A Foreign, Commonwealth and Development Office spokesman said they were supporting the family.

It comes after two men, aged 36 and 41, died in separate incidents last week at the lake, which is a popular tourist destination.

How Kate Middleton ‘was TRANSFORMED’ on her first ever royal engagement