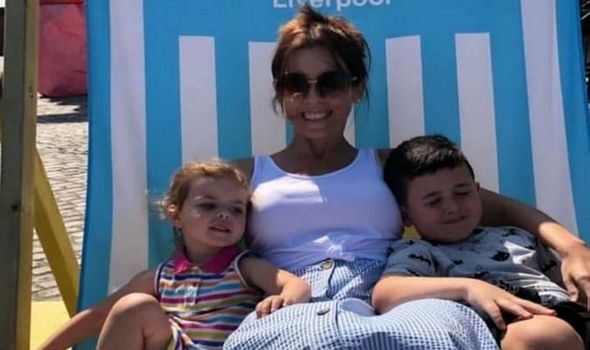 Mum-of-two Danielle Duffy, 38, died at Woolton Marie Curie Hospice last Tuesday after being diagnosed with ‘cancer of unknown origin’ just five days earlier. Ms Duffy, from Liverpool, was head of social sciences at St Julie’s Catholic High School and has been described as an “inspiration” by her pupils.

She first went to her GP feeling unwell in August of this year. After undergoing tests, she was diagnosed with Cancer of Unknown Primary (CUP) on October 7 at Whiston Hospital.

This means doctors do not known where a cancer started in the body before it spread to other areas. This can be because the cancer is too small to be seen on scans, it is hidden beside or behind a larger secondary cancer or the body’s immune system has cleared the initial source.

She was due to start chemotherapy the following Monday, however her devastated family said neither they nor Danielle expected her death to follow only five days later.

Danielle’s sister Lisa Wellbeloved, 42, told Liverpool Echo: “The family and Danielle thought that she was going to start chemo whilst at the hospice.

“We didn’t think she would pass away there. She never got a chance to fight it, which is tragic.”

Ms Wellbeloved said staff at the Hospice’s Sefton Ward “didn’t just help Danielle, they helped all of us, they made an awful time more comfortable.”

Danielle’s children, who are aged seven and three, will receive ongoing support from the professional services at Marie Curie.

Danielle had taught business at St Julie’s Catholic High School for a decade and many ex-students of Ms Duffy have paid tribute online.

Grace Howell said: “You were more than just a teacher, a true inspiration to us all.

“You have given us the strength to carry on, we will make you proud. Thank for you everything, we were lucky to have known you.”

Jen Lloyd said: “You were the reason I got inspired in business and wanted to carry on with it and I can’t thank you enough for that. You were an inspiration and a role model.”

Ms Duffy’s sister said “her heart was bursting with pride” reading the tributes to her sister. She said: “I knew she was special, but I didn’t know she had made such an impact on so many people.”

The funds raised will go towards staff at Marie Curie in Woolton who have been described as “angels on earth” adding the fundraiser “is what Danielle would have wanted”.

Donations to the fundraiser can be made here.

In pictures: Crufts competition in full flow as champion dogs strut their stuff

The U.K. Is Balking at the Northern Ireland Protocol. So, What Is That?