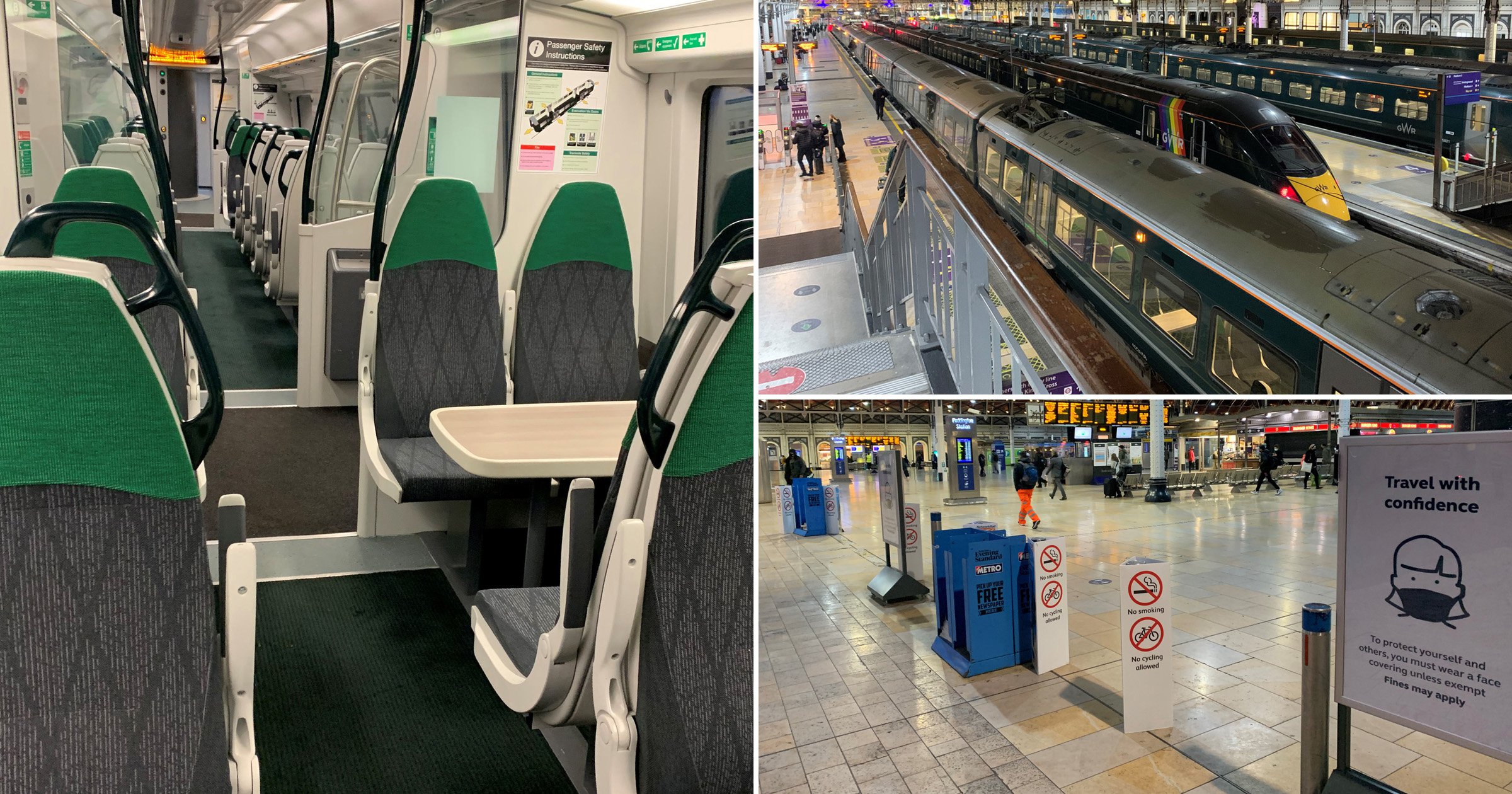 People in England have been told to work from home from Monday as efforts to stem the spread of the Omicron variant ramp up.

Pictures showed virtually empty trains and stations, as offices were closed and people worked from home.

The UK Covid alert level has been raised from three to four amid fears around the new strain, which is now widely believed to be far more transmissible than Delta.

Questions remain about how serious symptoms are – but even if far fewer people become ill than from other variants, the projected spread will put colossal strain on the NHS.

The official advice is to work from home ‘if you can’ – but the Furlough scheme has not returned and businesses have not been closed.

In other moves, face masks became compulsory in ‘most indoor settings’ on Friday, after the country moved to plan B.

From Tuesday, fully vaccinated people who come into contact with an Omicron case will no longer need to isolate – and will instead be asked to test daily using lateral flow devices.

But as he announced the plan last week, the Prime Minister declined to say Christmas parties or nativity plays should be cancelled this year – a move which may confuse experts given the new advice on working from home.

There is also a huge push to increase the booster campaign.

The package of moves is expected to pass through Parliament despite a major Tory rebellion, because Labour will support it.