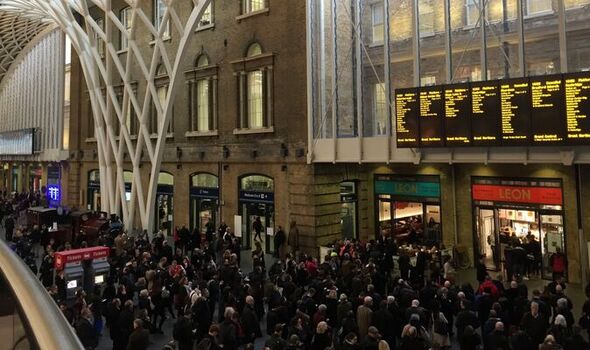 London North Eastern Railway (LNER) has been forced to cancel a number of services or cut some short due to overhead electric wires. This include trains between London and Edinburgh. Services between Peterborough and Stevenage are also blocked, according to the rail operator.

Travellers are being advised to check LNER’s website with the outage affecting scheduled to either depart, end or call at stations including Inverness, Aberdeen, Doncaster, Leeds and Newark.

Tickets are being accepted on services run by other operators while LNER carries out an investigation into what happened.

Other operators along the East Coast Main Line are believed to have been affected.

News of the disruption comes on the same day it was revealed this year has been the worst on record for train cancellations.

Analysis of Office of Rail and Road data shows the cancellations score in the 12 months to July 23 was 3.6 percent.

That is the highest figure in records dating back to 2015.