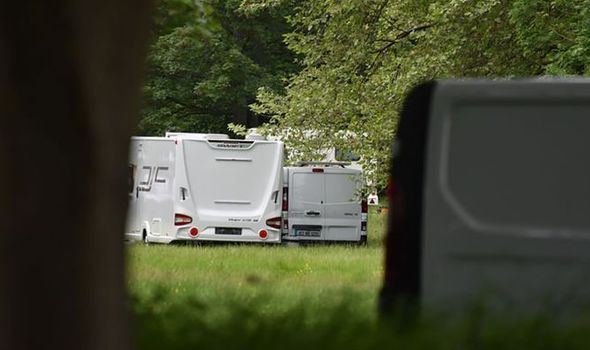 The group were ordered to leave Hearsall Common in Canley, Coventry, but councillors in the area have expressed their frustration. The authority has created an official site travellers can use nearby in the Tollbar End area of the city, but the travellers set up another illegal site instead.

Speaking to Coventry Live, Tory Councillor Marcus Lapsa, who represents the neighbouring ward to the Hearsall Common site, said: “It is hugely difficult and it is like a game of cat and mouse. The council really do need to do something about it.

“People have to live somewhere and I have not got a hard hat towards them.

“The age old thing is we have an official site at Siskin Drive but travellers do not use it.

“Over the years Coventry City Council have made various excuses where there were problems at the site with a particular family or something but we have got an authorised site which they do not use.”

Groups of travellers have set up home at the War Memorial Park, Stoke Heath Park, and Stoke Green playing fields in the city this year alone.

The council, controlled by the Labour Party, say it deals with encampments. 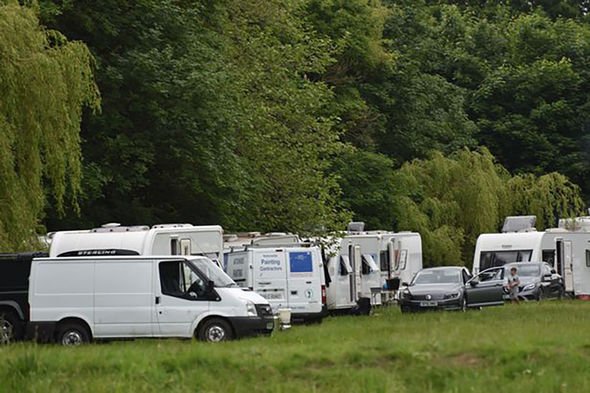 It is hugely difficult and it is like a game of cat and mouse. The council really do need to do something about it

A spokesman for Coventry City Council said: “We are aware of the travellers encampment on land at Hearsall Common.

“They have been served notice to vacate by 3pm this afternoon (June 10).”

“Failure to leave will result in the council taking court action,” he added.

Last year, the authority agreed plans to redevelop the Tollbar End site into a new “fit for purpose” facility to welcome travellers.

The proposal still needs planning approval and a formal application has yet to be lodged.

The site has stood there for more than three decades but in recent years has been largely unused.

The planned revamp of the site, which provides travellers with a permanent place to live, would see 16 existing pitches reduced to 12 larger ones with a weekly rental charge of £95.

Unauthorised encampments across the UK have proved costly to the taxpayer, costing a whopping £229,730 in the last five years alone, figures obtained by the Local Democracy Reporting Service found last year.

Coronavirus: Confusion over ‘COVID marshals’ who will have no power to fine or arrest