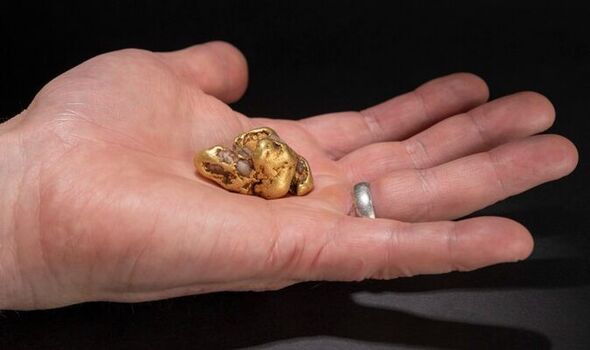 The gold nugget has gone on display in a public collection at the Hunterian Museum at the University of Glasgow. It weighs 85 grams and was found in a river in Perthshire in 2017. The nugget is estimated to be worth £50,000. Known as the Douglas gold nugget, it is named after its founder who otherwise asked to remain anonymous.

The man said he discovered it by “sniping” – where gold hunters wear a dry suit and snorkel and lie face down in a river.

He said: “I took off my glove and picked it up, jumped out of the water and screamed ‘bingo!’ to my friend.

“We were both stunned and couldn’t believe it.

“I’ve never seen anything like it in my lifetime.”

The exact location where it was found is not being disclosed. 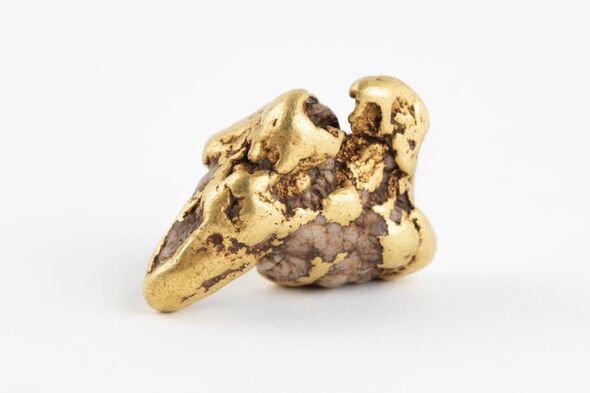 However, Crown Estate Scotland granted a formal transfer of the nugget to the Hunterian Museum.

John Faithfull, curator of rocks and minerals at the Hunterian, said: “Big bits of gold are really scarce anywhere so this is an 85 gram nugget and, even in Alaska and Australia in gold rush places, 85 gram nuggets are pretty rare, so it’s a really interesting thing to find.”

He added: “Gold doesn’t usually survive, we’ve got historical rumours of big nuggets that were found in the 16th century in Scotland, possibly up to one kilo, but they were all turned into coinage for the Scottish regalia, the honours of Scotland, the royal insignia, or into coins to issue on behalf of the state to show how wealthy the country was.

“So none of those nuggets survived at all and this is by quite some margin the largest confirmed and known surviving Scottish nugget.”

The finder of the nugget received payment from the Hunterian in agreement with Crown Estates Scotland, and with support from the National Fund for Acquisitions.

A new underground gold mine at Cononish, near Tyndrum, Stirlingshire is currently producing nearly 1000 ounces (28 kilos) of gold per month.

However, much of the gold appears in invisibly small micro-particles, rarely forming large nuggets.

Most surviving gold nuggets in Scotland were found in the 19th century.

Earlier this week, one lucky couple in Yorkshire found a hoard of 264 gold coins buried under the floor of their home.

DON’T MISS:
‘My country has to be free!’ Brian Cox in feverish rant for indyref2 [REACTION]
Camilla and Charles give nod to Scotland in matching tartan outfits [PICTURES]
Man reunited with gold signet ring he lost 54 years ago [REPORT] 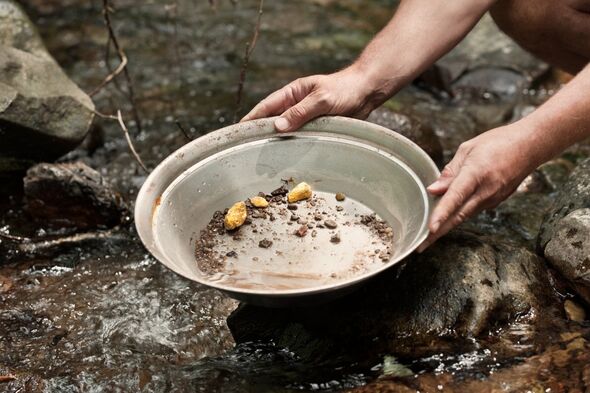 The couple, who live in an 18th-century detached property in Ellerby, North Yorkshire, is expected to sell the counts for as much as £250,000.

They have lived in the property for more than 10 years, initially thinking the treasure trove was an electrical cable.

He added: “It is extraordinarily rare for hoards of English gold coins to ever come onto the marketplace.

“This find of over 260 coins is also one of the largest on archaeological record from Britain.

“It was an entirely serendipitous discovery.

“The owners were relaying the floor of their house and found a pot about the size of a Diet Coke can, full of gold.

“They’ve never picked up a metal detector in their life. They were just relaying a floor and thought it was an electrical cable at first.

“I rushed up to see them in North Yorkshire a few days after and there were 264 gold coins in this cup – it is unfathomable, I have no idea how they managed to fit so many in that pot.”