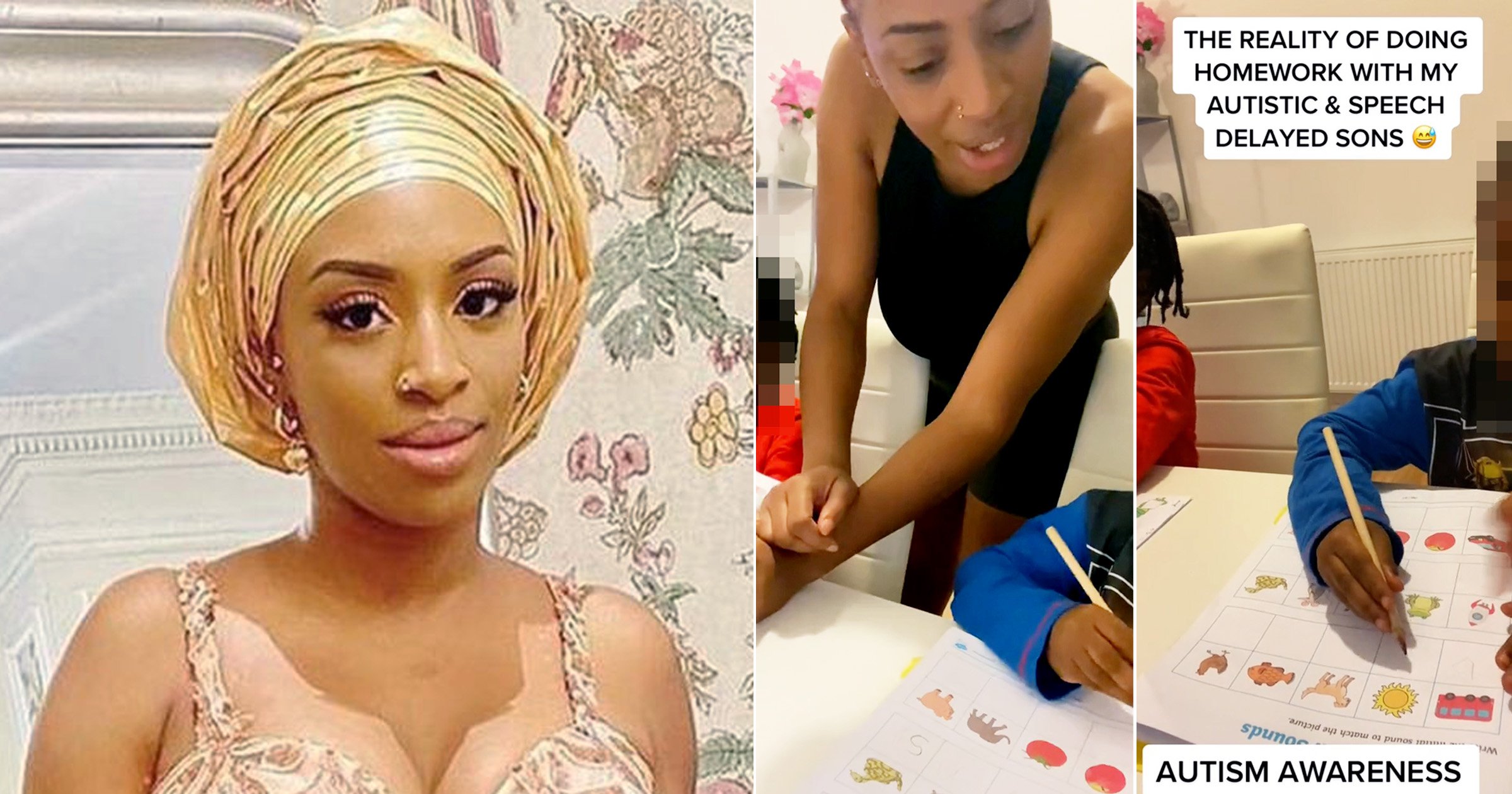 A mum-of-two who was an autism campaigner was killed after a crowd crush outside of Brixton Academy.

Rebecca Ikumelo, 33, from Newham, east London, died after being injured when fans tried to get into the gig in south London without tickets.

Ms Ikumelo leaves behind her two young children just a week before Christmas.

She died in hospital on Saturday after being injured in the crush which unfolded during Nigerian artist Asake’s concert on Thursday.

Friends have described her as a ‘beautiful woman who radiated positive energy and was dedicated to being the best version of herself for her kids’.

The Metropolitan Police said two other women, aged 21 and 23, remain in a critical condition. Asake has said he is ‘praying’ for those injured.

Ms Ikumelo leaves behind two sons, Jamael and Joelle. The single mother worked as a nursing associate in sexual health until her older child was diagnosed with autism in 2020.

She then took a break from nursing and began spending more time with her children, documenting her son’s development after his autism diagnosis.

Just a few days before her death, she spoke on a podcast about societal attitudes towards children with autism.

Describing an incident in which a relative told her her son was ‘naughty’, Rebecca said: ‘I said: “He’s not naughty, he’s autistic”, and then she was like “Oh, sorry, I didn’t know.”

‘But my thing with that is that even when people talk about how they’re in the supermarket and people make ignorant comments and stuff, and then they say they’re autistic and the other person quickly changes [what they say].

‘It shouldn’t have to come to that. You shouldn’t be trying to discipline someone else’s child or putting in your two pence.’

In a statement, Rebecca’s family said: ‘Rebecca was a graduate of nursing. She was an adorable mother of two children who loved working with kids.

‘She was well respected in the family for her care, kindness and love. Her parents call her Tosin (short for Oluwatosin) meaning “Lord is Worthy”.’

She shared everyday moments with her two sons, such as doing her autistic son’s hair and tracking him learning to communicate verbally.

She told her followers he had made ‘huge progress’ since she stopped nursing, and would frequently start conversations about the benefits of mainstream schooling versus SEN schooling and mental health.

In the aftermath of her death, fans posted touching tributes to Rebecca and her boys.

One said: ‘The fact that he could have had her there to support him and look after him while he grows up, but instead she was taken from him way too soon.

‘This poor baby has lost his best support system and his best friend, I pray that he will be okay and be strong.’

Another wrote: ‘My heart is in pieces for these boys. God why?? Such a [tragedy]. I’m lost for words.’

A third added: ‘This has truly saddened me of her loss. Seeing her show her motherhood story with us and advocate so much for her children.’

Nigerian artist Asake said he was ‘devastated’ and ‘overwhelmed with grief’ after hearing the news of Ms Ikumelo’s death.

In a statement posted on Instagram, Asake said: ‘I am devastated by the news that Rebecca Ikumelo who was in a critical condition since Thursday has sadly passed away.

‘My sincerest condolences to her loved ones at this time. Let us please keep her family in our prayers. I have spoken to them and will continue to do so.

‘I am overwhelmed with grief and could never have imagined anything like this happening.

‘My team and I are still awaiting the full debrief back from the Venue management and the Police to determine what exactly led to all the disruption caused and ultimately to Rebecca’s passing.

‘If you have any relevant information relating to this please do reach out to the Metropolitan Police.’

Rebecca posted frequently about her children’s ‘autism journey’ as she shared milestones and advice to her more than 13,000 TikTok followers.

The 33-year-old had 13.4k followers on TikTok and 1.15k on YouTube and used her platform to raise awareness about autism.

Author Toni Tone shared a picture of Ms Ikumelo on Twitter along with the tribute: ‘This photo was taken the day I last saw Rebecca.

‘She was a beautiful woman who radiated positive energy and was dedicated to being the best version of herself for her kids. She also did so much to raise awareness of autism spectrum disorder. My heart goes out to her family.’

Dozens of people who had watched her content on TikTok also shared tributes to the mother-of-two.

One fan wrote: ‘Rebecca Ikumelo was one of the sweetest people on tiktok. I’m not a tiktok fan but I really liked her content. She was a mother to an autistic child and shared tips on how to parent autistic children. This is devastating. Rest in heaven Rebecca.’

Mayor of London Sadiq Khan said City Hall is in contact with venues and authorities across the capital to make sure ‘nothing like this happens again’.

‘I am heartbroken by the tragic death of Rebecca Ikumelo who has very sadly died following the awful events on Thursday night in Brixton,’ he said.

‘Rebecca had her whole life ahead of her and on behalf of all Londoners, I would like to extend my condolences to her family, friends and loved ones at this extremely difficult time.’

Police are still asking for anyone with information or video footage of the incident to come forward.