A three-minute TV advert for the Hurricane Spin Scrubber from JML has been banned after one complaint said that it “perpetuated harmful gender stereotypes”. The ad showed several women using the cleaning brush in bathrooms, kitchens and other parts of the home and featured four women endorsing the product.

The complaint said that depicting women in this way was “stereotypically” female and implying that only women cleaned or were interested in cleaning products.

John Mills Ltd (JML) said that the ad had been broadcast since 2017 and “focused on the functionality” of the product and the benefits of using it in different situations around the house.

JML said the ad featured two shots of men and did not suggest that cleaning was associated with only women. The firm said there was “no suggestion” that a man was unable to undertake any of the featured tasks.

The Advertising Standards Authority (ASA) upheld the complaint, finding that the ad breached rules regarding “harm and offence” and ordered that it should not be shown again in its current form. 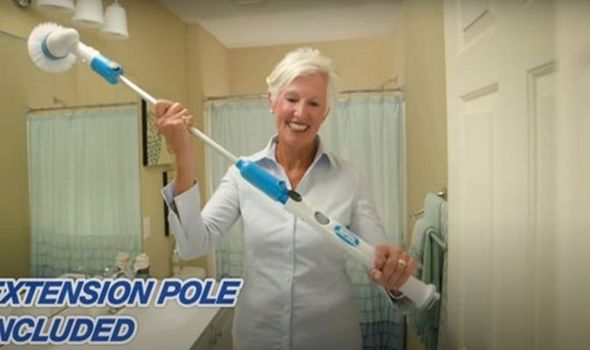 An ASA spokesman said: “We acknowledged the ad included a number of shots of people cleaning or holding the product which showed only the hands or torso of individuals.

“We considered that many of the torso shots could be identified as being of women, because of their body-shape.

“Conversely, we considered that the shot of the hands towards the beginning of the ad was not readily identifiable as being those of a man because it was not easy to distinguish between a man’s or woman’s hands in such a brief shot.

“Similarly, while the shot of the man cleaning patio furniture was easier to identify as a man, it showed the person only from the waist to the knees and the shot was brief and inset into a small area of the screen. We considered many viewers would not be able to specifically identify the person as a man. 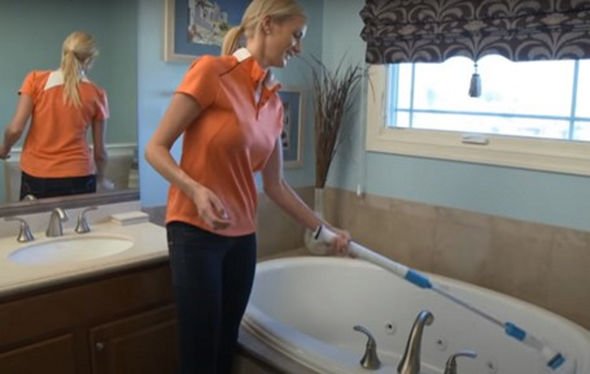 The spokesman said the ad featured “four women describing aspects of the product’s functionality, how that related to what they used it for, and how much they liked the product”.

He said: “One woman described how she gave the product to her mother because she was concerned about her safety when reaching to clean the top of her shower.

“Two women described how they liked to use the product to clean up after their children or others who used the shower or bath in their homes.

“Another woman described how she had been embarrassed about the cleanliness of her home, but using the product gave her the confidence to have people ‘inspect’ her kitchen and bathrooms.” 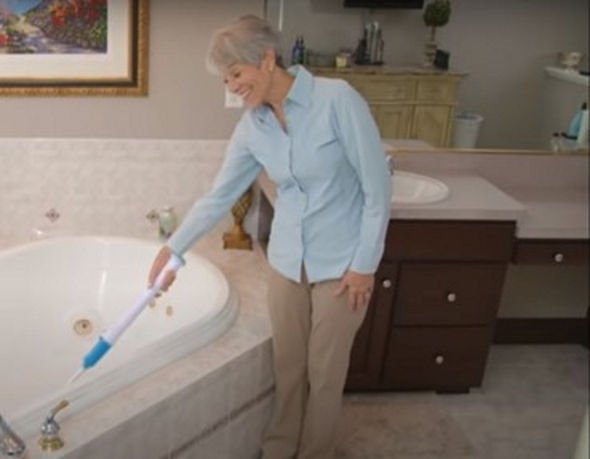 ASA ruled the advert contained a number of explicit references to cleaning up after other people and that this implied feelings of shame at other people seeing an unclean home.

The ASA spokesman added: “There was no implication that the men briefly featured in the ad would share such responsibilities or feelings.

“We considered the cumulative effect of the four testimonials, the prominence of people cleaning who were easily identifiable as women, and the lack of easily identifiable men, perpetuated the stereotype that it was a woman’s responsibility to take pride in the appearance and cleanliness of their home, and to clean up after other people.

“It also perpetuated the idea that women should be judged on the cleanliness of their home.” 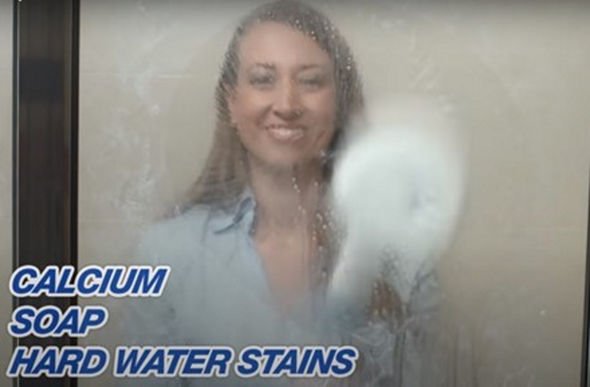 The spokesman added: “We concluded the ad therefore presented gender stereotypes in a way that was likely to cause harm and the ad must not appear again in its current form.

“We told JML to ensure their advertising did not present gender stereotypes in a way that was likely to cause harm, including by suggesting that cleaning the home was a responsibility uniquely associated with women.”