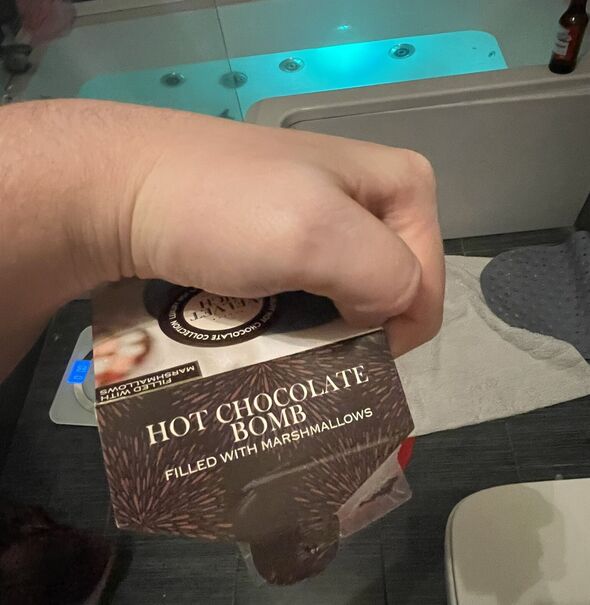 An artist got a rather interesting surprise when running a bath after accidentally throwing a block of hot chocolate into the water, mistaking it for a bath bomb. The London-based artist – whose Twitter handle is @gavindrawsstuff  was gifted what turned out to be a chocolate product by his mother, who also believed it to be a bath bomb, only to find out they were both mistaken.

The Twitter thread has gone viral and has been viewed over 290,000 times at the time of writing.

The social media user tweeted, “Mum: ‘have this bath bomb somebody got me – I don’t like bath bombs.”

“Can’t bloody believe this just happened to me and my perfect bath is ruined!” the artist went on to tweet.

“I threw a hot chocolate in the bath. Neither of us actually read it.”

“The state of it”

The product is labelled as a velvet-rich luxury “hot chocolate bomb” filled with marshmallows.

The tale took a stranger twist when, without any knowledge of what had taken place, Gavin’s stepdad discovered the ruined bath – leading to an expletive-laden outburst.

The assistant headteacher in a secondary school runs an Etsy shop as GavinLomasPrints, which bills itself as selling “Fine are prints by a London-based artist.”

The artist launched the online shop back in 2020, though it is currently not operating.

Twitter responded in due course, with one user tweeting, “This has me laughing maniacally”, another saying, “This tweet has made my day”, and a third adding, “Did the marshmallows give it away?”

Other users shared a few of their own funny stories, including “Once made my partner a bath with a wax melt. They were in there like ummmm I think something is wrong?”

A final Twitter user pointed out, “Better to accidentally chuck a hot chocolate bomb in the bath than accidentally drink a bath bomb.”

Revealed: The heartbreaking dream Princess Diana had but never got the chance to do

Royal shock: The surprise woman Harry seen with at Invictus Games as Meghan stays at home