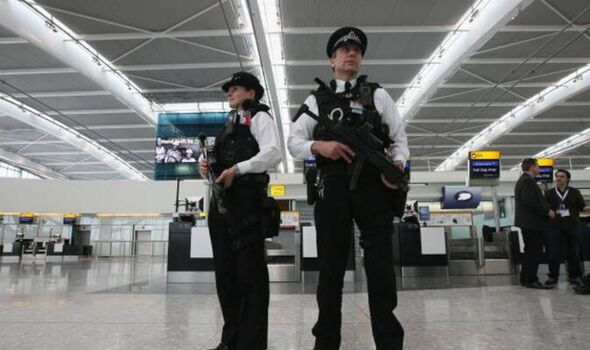 Two teenagers were arrested at Heathrow airport after a man was stabbed to death in Westminster. The men – who were aged 18 and 19 – have been arrested on suspicion of murder, attempted murder and grievous bodily harm after the death of Omar Abdullah, who died last Monday.

Officers had arrived on to the scene of the stabbing at around 3.20pm last week.

Two men had suffered serious stab injuries and despite the efforts of medics Omar, aged 21, died at the scene.

A second man, aged 20, was rushed to hospital where he continues to receive treatment.

A third young man, 21, attended hospital later that day for a hand injury officers suspect was related to the horrific incident.

Following their arrest today, the two teens were taken to police stations in the capital.

Detective Chief Inspector Brian Howie, who is leading the investigation, said: “Despite the arrests made, we are still very keen to hear from anyone who has information or footage relating to this horrific incident.

“While police challenge knife crime as a priority, we can’t stop violent behaviour such as this without help from the public.

“There needs to be a joining of minds where police and the community work together to stamp out the carrying of knives and the violence associated with that.

“If you have information please share what you know. What you tell us, no matter how small, could be a missing piece of the puzzle we are building around Omar’s death. I urge anyone with information about this case to contact us without delay.”

Anyone with information that could assist the investigation is asked to contact police on 101 or tweet @MetCC and quote CAD 4334/28Nov.

Royal trendsetter: Queen ‘ahead of the curve’ on key coronavirus craze