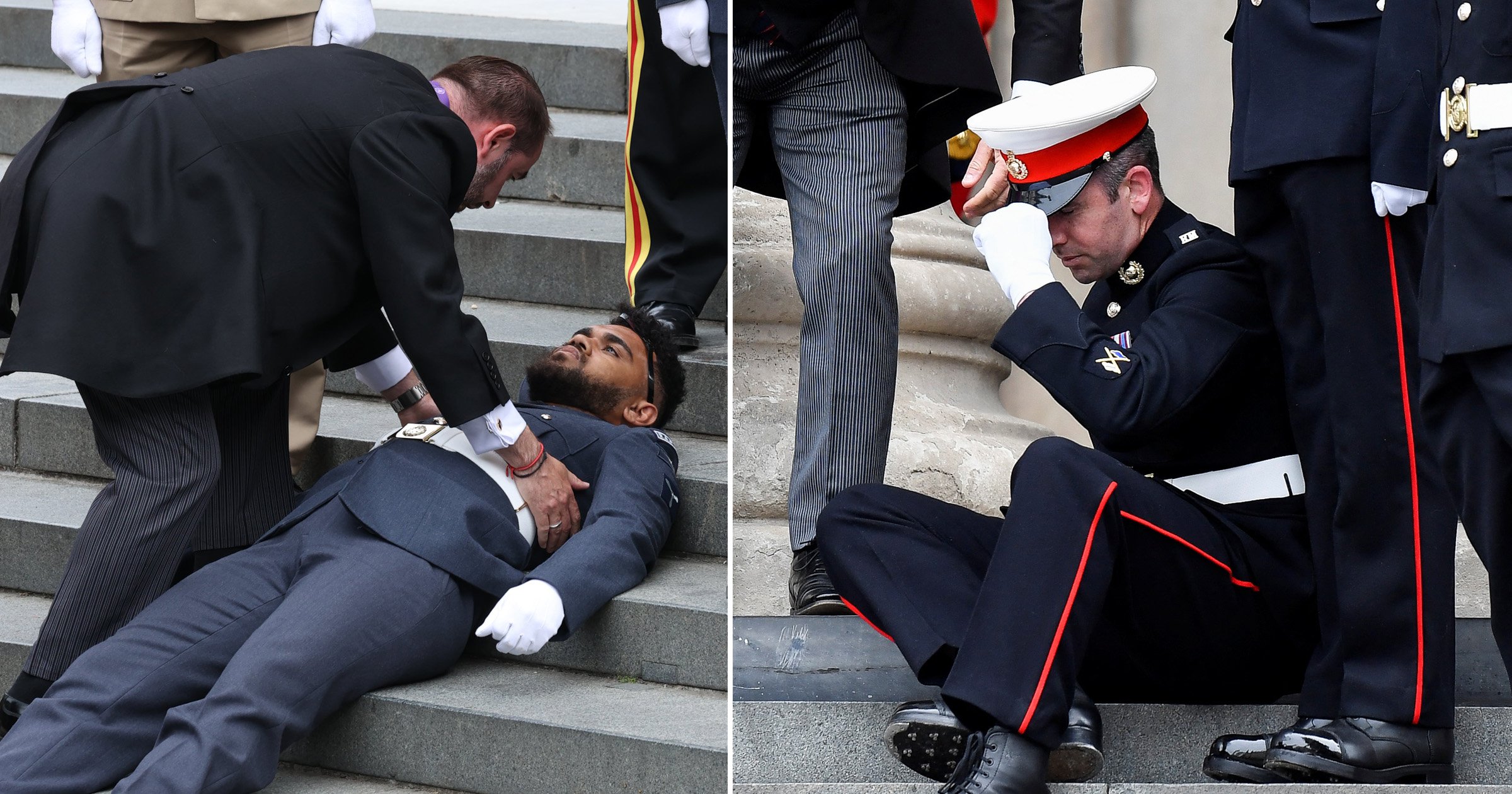 Two guards have fainted while waiting for dignitaries to arrive at the Platinum Jubilee ceremony.

The men in military uniforms slumped to the ground while standing on the steps of St Paul’s Cathedral.

Senior royals and the prime minister are among guests at the service held to celebrate the Queen’s 70th year on the throne.

A member of the Royal Air Force who was part of the military guard of honour slumped to the ground but was able to get to his feet and walk away.

Minutes later, a second member of the military contingent collapsed and, despite a stretcher being brought out, was able to leave on foot too.

One could be seen being pulled upright at the back of the shot as foreign secretary Liz Truss entered the cathedral.

Thousands have been involved in ceremonies over the last two days, with more pomp and pageantry to come.

Prince Charles will represent the Queen at this morning’s service after she was forced to pull out for health reasons.

The 96-year-old, who has suffered persistent mobility issues in recent months, experienced ‘discomfort’ at yesterday’s Trooping the Colour.

All eyes were on the Harry and Meghan, who have returned to public view in the UK for the first time since acrimoniously leaving the royal fold two years ago.

The two were greeted by cheers and processed into the cathedral together.

There was a less warm reception for Boris Johnson and his wife Carrie, who were met with boos when they stepped out of a car and on to the steps of St Paul’s.