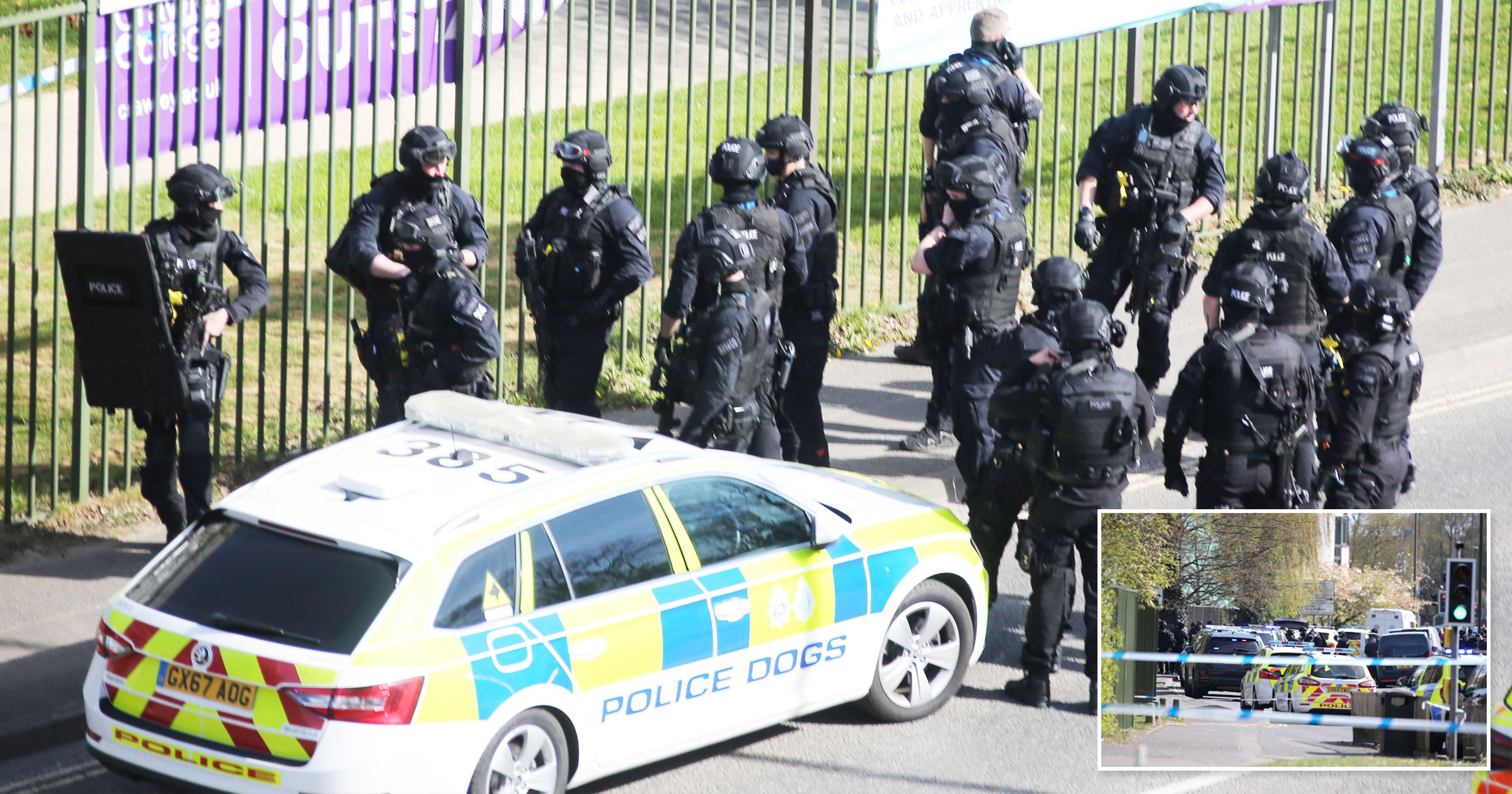 A man has been detained by police ‘following reports of shots being fired’ near Crawley College in West Sussex.

Two people have suffered injuries, but these are not believed to be serious.

The college has been evacuated and members of the public have been advised to stay away from the area.

There is a large police presence at the scene and in the local area, Sussex Police said.

A police aircraft has also been deployed to the scene.

The college tweeted that it was awaiting further information from police but was not aware of any serious injures.

‘Sussex Police are present on the scene and a man has been detained.

‘We are awaiting further information from the Police. We are not aware of any serious injuries.

‘Our priority remains the safety of students and staff.’