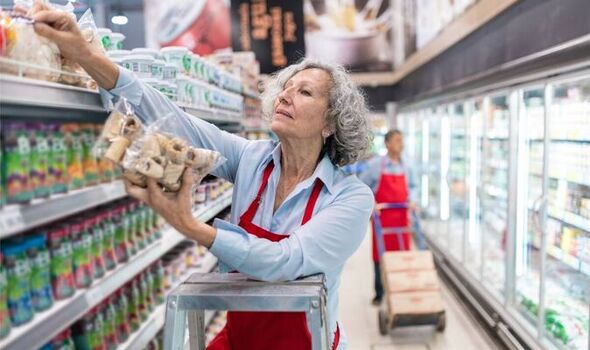 Meanwhile, almost a third of retired workers revealed they had been put under pressure to give up their jobs over their age. The shock statistics are revealed in the Unretirement Uprising report – published in National Older Workers Week – which lays bare the impact of ageism in the workforce.

Employees aged 50 and over inject around £20billion into the economy.

But the survey of 4,000 people aged 50-plus found they are overlooked – even though there were 1.2million job vacancies between July and September and bosses are struggling to recruit.

Its founder, Lyndsey Simpson, said: “The relationship between the over-50s and work is broken.

“While progress has been made across other diversity and inclusion measures, age is falling by the wayside. And it’s not just morally wrong, but fiscally irresponsible.

“In a struggling economy awash with job vacancies, the over-50s could solve the UK’s talent problems. But action needs to be taken.”

She added this would include “welcoming the notion of unretirement – giving the over-50s the choice to remain, leave and re-enter the workplace”.

But he added: “Age discrimination remains and we need to address this if we want to retain and re-attract this rich vein of talent.”

Latest Office for National Statistics data shows there are just over nine million workers aged 50-plus in Britain.

A rise in part-time work has also driven employment among those aged 65 and over to a record high of almost 1.5 million between April and June.

Emily Andrews, of the Centre for Ageing Better, said this was “hardly surprising, given the severity of the cost-of-living crisis.”

She added some employers, such as McDonald’s, are actively recruiting older people while others are rethinking their policies.

Minister for Employment Guy Opperman said: “Older workers bring a wealth of experience which is hugely valuable to employers and I want to see more…in the workforce. I urge all employers to make sure their organisations are age diverse.”