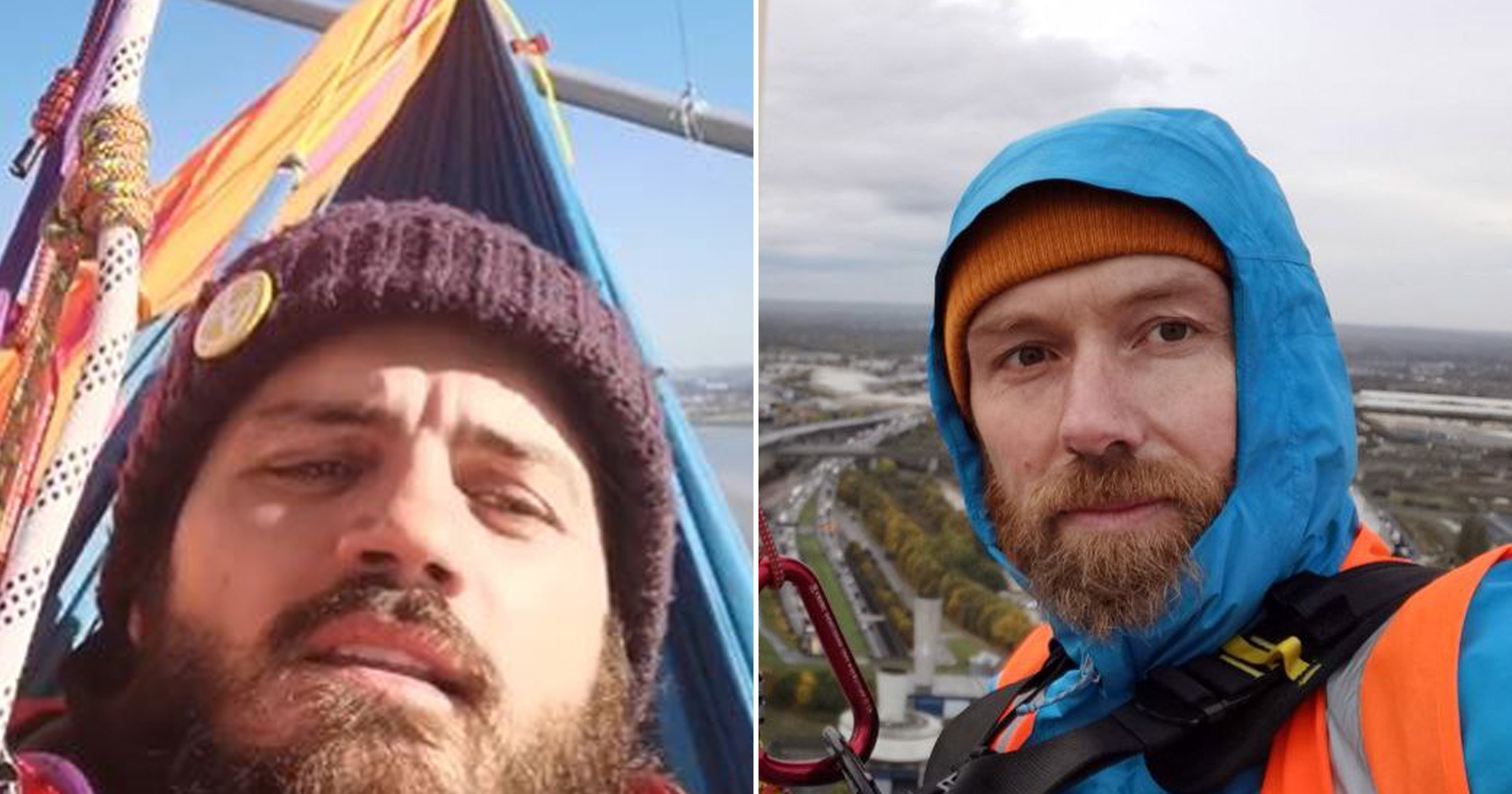 The two Just Stop Oil protesters who closed the Dartford Crossing for two days have been charged.

Morgan Trowland, 39, of Islington, north London, and Marcus Decker, 33, of no fixed address, have been charged with conspiracy to commit a public nuisance.

The men positioned themselves nearly 300ft above the M25 on Monday morning, hanging there for some 36 hours until police scrambled a ‘super cherry picker’ to bring them down.

They will appear in custody at Southend Magistrates’ Court on Thursday.

Essex Police Chief Superintendent Simon Anslow said: ‘Our priorities have always been to keep people safe and work with our partners to keep Essex moving.

‘We have done this consistently during incidents of disruption across the county this year and again this week.

‘As we have consistently said, we are not anti-protest but we must take action when we believe laws have been broken and the safety of the public is put at risk.’

Traffic was not able to use the Queen Elizabeth II Bridge, which links Kent and Essex, after it was blocked in a protest by the Just Stop Oil environmental activist group.

National Highways reopened the crossing shortly before 11pm on Tuesday.

The charges come after a total of 17 protestors from the Just Stop Oil environmental activist group were arrested in Kensington, central London, on Wednesday morning.

The Metropolitan Police said the arrests took place at the junction of Cromwell Road and Exhibition Road.

A police spokesman said: ‘The group blocked the carriageway with 10 people glued on.

‘Officers responded quickly and the road is now open. Four people were arrested nearby earlier for related offences.’

Archie and Lilibet ‘wouldn’t get HRH’ regardless of titles