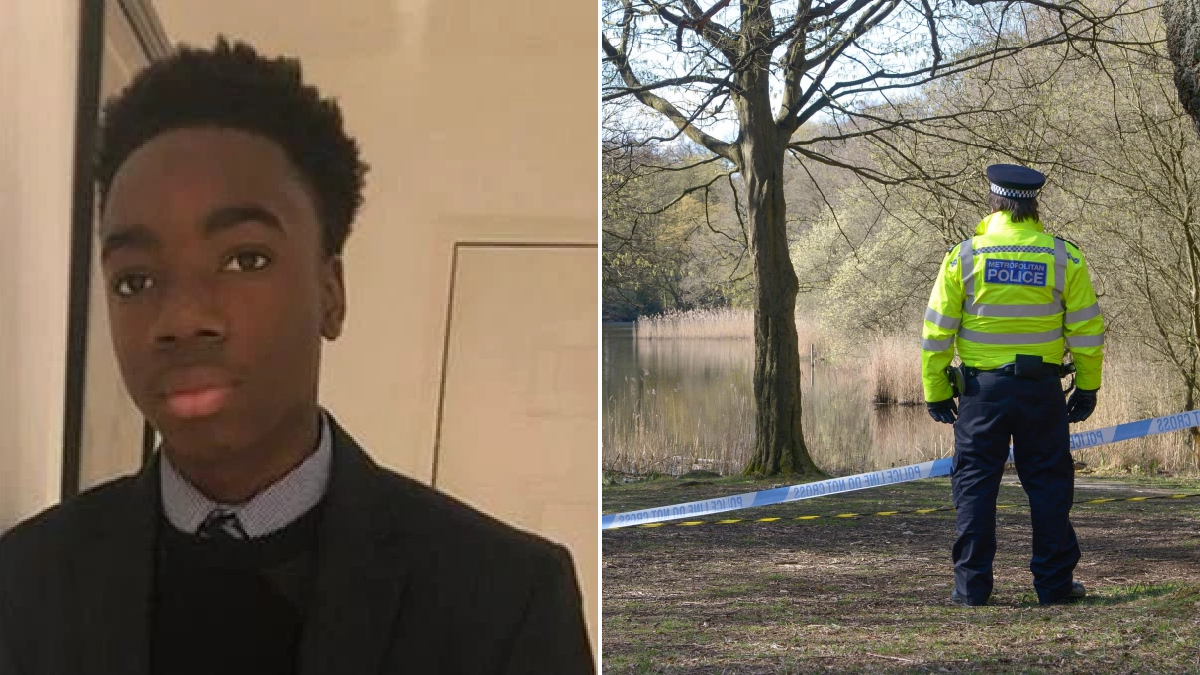 Two Metropolitan Police members of staff have been served with misconduct notices over the handling of an investigation into the disappearance of Richard Okorogheye.

The 19-year-old student went missing after leaving his family home in West London on March 22.

His body was recovered from a lake in Epping Forest in Essex a fortnight later. Police are yet to determine the cause of his death.

Richard’s mother Evidence Joel has previously publicly claimed she believes her concerns were not taken seriously by the force because of her race.

Now the Independent Office for Police Conduct (IOPC) is investigating how his disappearance was handled and have identified two members of staff who may have ‘failed to pass on’ information to investigators.

While the notices do not necessarily mean disciplinary proceedings will follow, Ms Joel has told Sky News the development is ‘encouraging’.

The Oxford Brookes University student, who suffered from sickle cell disease and was shielding at the time, is known to have taken a taxi from Ladbroke Grove to a street in Loughton, Essex.

He was last seen on CCTV walking alone towards Epping Forest at 12.39am on 23 March.

His body was found approximately two miles from where he was last seen and, despite an extensive search of the area, his shoes, bag and mobile phone have not been found.

While he was still missing, Ms Evidence claimed the force had not taken her worried calls seriously.

At the time, the Met’s Chief Inspector Clare McCarthy reassured the public officers were ‘working tirelessly’ and ‘following every lead possible’.

In April, Ms Evidence told Sky News she felt she hadn’t been taken seriously by the force in the days Richard first went missing.

She told the broadcaster: ‘I was a joke, they treated me like I was one lunatic.

‘Maybe it was because of my accent, my background, I don’t know.

‘I still can not figure out why they treated me like that – a frantic mother, crazy mother.’

The IOPC has confirmed to Sky it is probing how the initial missing person investigation was handled.

A spokesperson for the police watchdog said: ‘We can confirm that we have served misconduct notices on two members of Metropolitan Police Service staff as there is an indication that they may have failed to pass on new and relevant information relating to Richard Okorogheye to the team responsible for conducting missing person assessments.

‘The serving of misconduct notices does not mean that disciplinary proceedings will follow.’

Responding to the news in a statement from her lawyer, Ms Joel said: ‘It is encouraging to hear that they are doing something because I kept calling and at one point, a police officer told me to stop.

‘Whenever I have talked about how I was treated and how slow the police response was, some people could have thought I was exaggerating.

‘I know that the investigation is at [the] early stages and I don’t have details of the misconduct proceedings, but this news still provides some vindication of what I said all along about how slow the police were to act.’

Grandmother claims to be oldest person in the world at 119