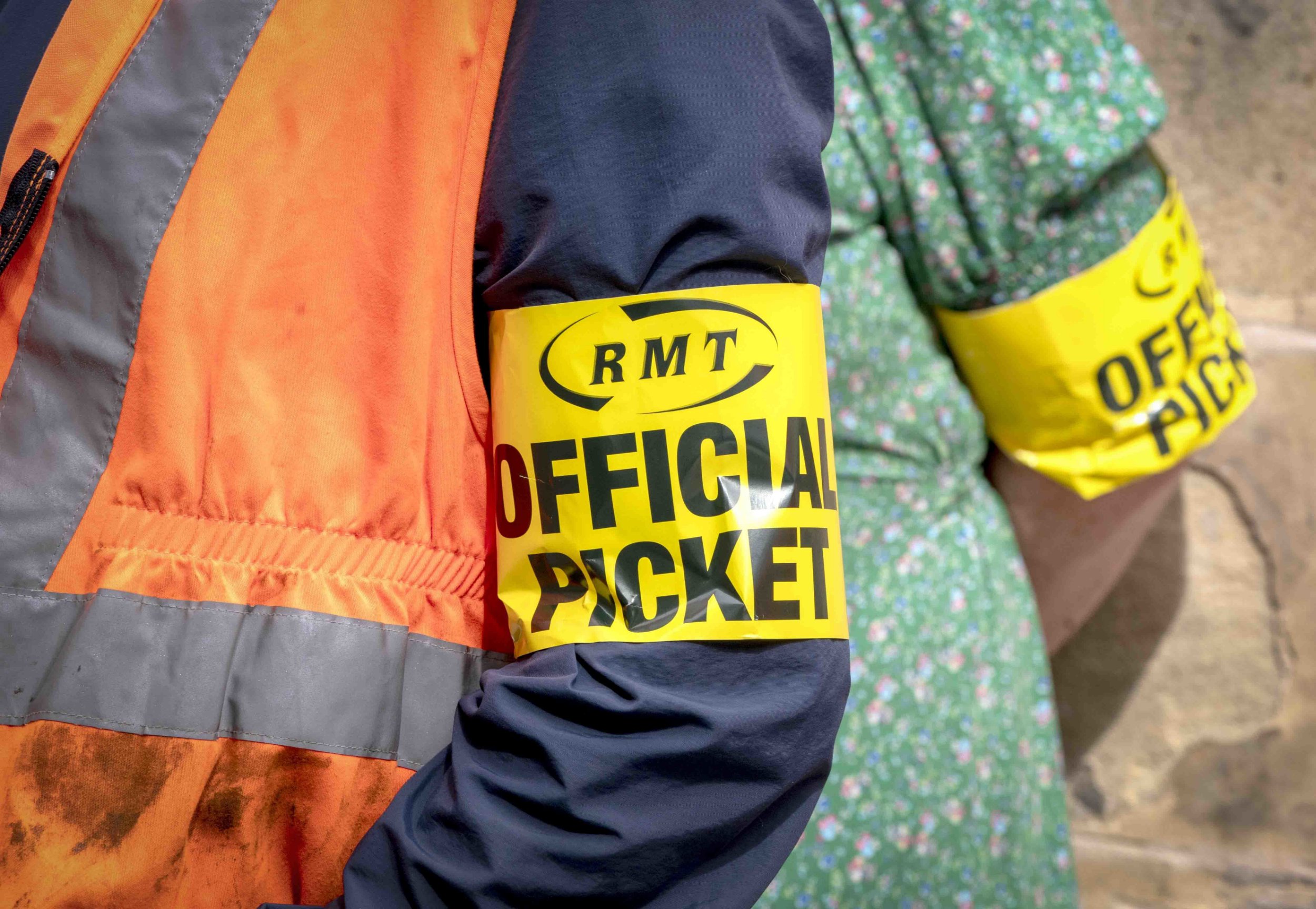 There will be two more national rail strikes next month, on August 18 and 20.

Staff at Network Rail and 14 train operators who are members of the RMT union will down tools in the ongoing row over jobs, pay and working conditions, the union announced tonight.

More than 40,000 workers will join the strike, with another similar strike also planned for July 27.

RMT general secretary Mick Lynch said yesterday: ‘The offer from Network Rail represents a real terms pay cut for our members and the paltry sum is conditional on RMT members agreeing to drastic changes in their working lives.

‘We have made progress on compulsory redundancies. But Network Rail are still seeking to make our members poorer when we have won in some cases double what they are offering, with other rail operators.

‘The train operating companies remain stubborn and are refusing to make any new offer which deals with job security and pay.

‘Strike action is the only course open to us to make both the rail industry and government understand that this dispute will continue for as long as it takes, until we get a negotiated settlement.

‘The public who will be inconvenienced by our strike action need to understand that it is the government’s shackling of Network Rail and the TOCs that means the rail network will be shut down for 24 hours.

‘We remain open for further talks.’

Separately, yet another strike was announced today for July 30 when train drivers at eight rail companies will strike in a row over pay, their union Aslef announced.

A spokesperson for the Rail Delivery Group, which coordinates rail services, said tonight: ‘This is a hugely disappointing announcement from the RMT’s leadership which will upset passengers’ summer plans, undermine struggling businesses and upend the industry’s recovery.

‘We want to give our people an increase in pay, but asking taxpayers to shoulder more of the burden when they have already contributed £600 per household during the pandemic, or expecting passengers to fund it by paying more for their tickets, isn’t fair or sustainable.

‘Instead, we have a responsibility to make changes to long-outdated working practices so we can adapt to post-Covid travel patterns, bring our railway up to date and give our passengers a more punctual and reliable service.

‘Rather than staging counterproductive strikes, we ask the RMT’s leadership to continue talking so we can come to a deal that works for our people, our passengers and for taxpayers.’

It comes after a week of disruption in June which saw RMT rail staff walk out for 24 hours on three full days.

Some train services had to be cut altogether, with many seaside resorts having no services during the strike, including Bournemouth, Dorset; Blackpool, Lancashire; Margate, Kent; Llandudno, North Wales; and Skegness, Lincolnshire. Cornwall also had no trains.

This was the biggest national rail strike in Britain in 30 years.