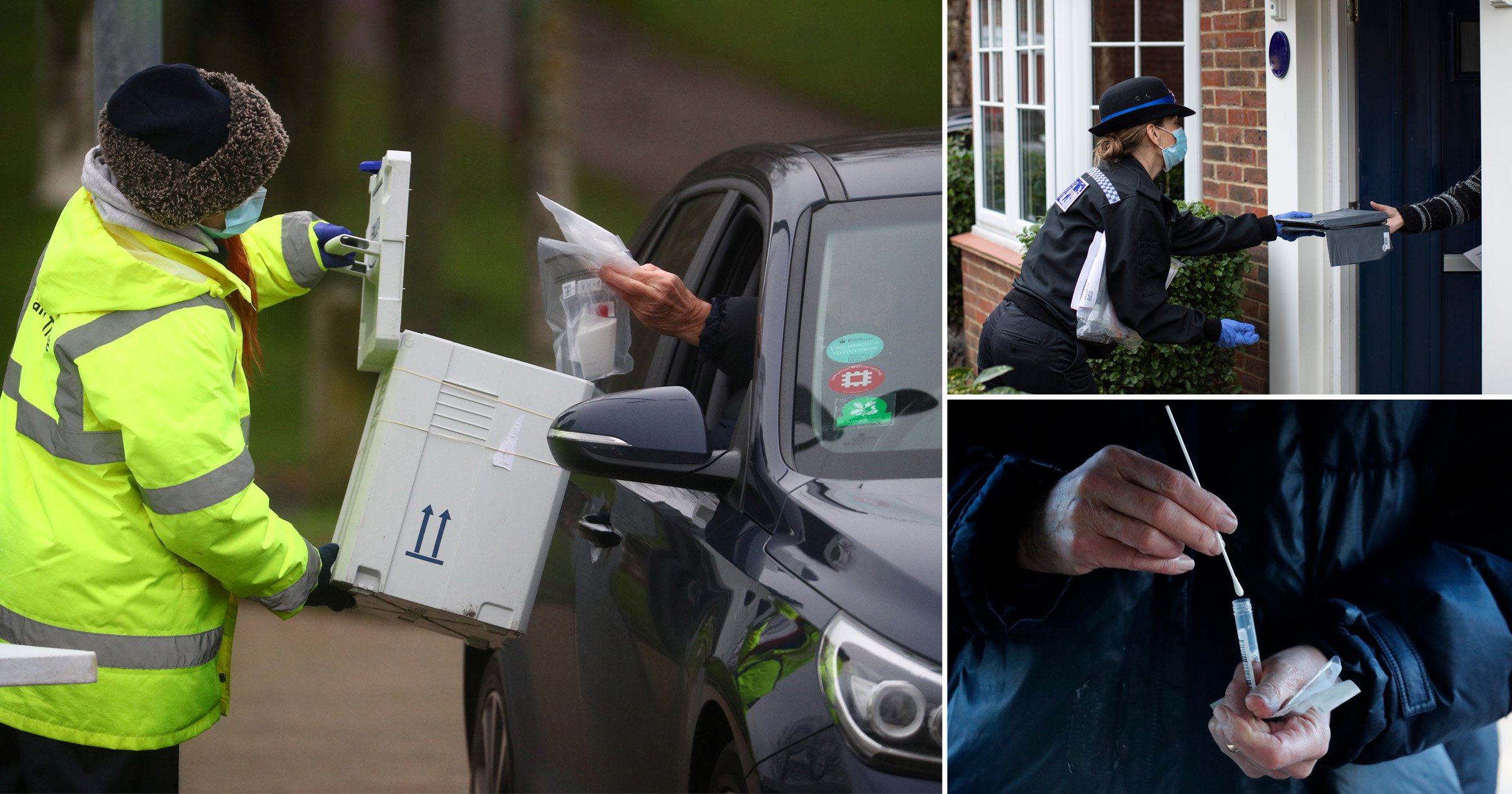 Two more postcodes will be given door-to-door ‘surge’ testing kits after the South Africa Covid variant was detected in Worcestershire.

The County Council has set up a mobile testing unit at The White Hart pub in Fernhill Heath, near Worcester, for adults with no symptoms living within walking distance.

Home testing kits are also being made available to residents in the WR3 and WR9 postcode areas.

The council said in a statement: ‘Working in partnership with NHS Test and Trace, every person over the age of 18, living in the WR3 postcode and some WR9 postcodes, is strongly encouraged to take a Covid-19 test this week, even if they are not showing symptoms.

‘To find out if your postcode is included in this testing and for more information please visit the Covid-19 variant pages of the County Council website.’

Worcestershire is the latest area to confirm cases of the South Africa strain after it was detected in nearby Birmingham on Wednesday.

The local authority said the infected people were self-isolating and contact tracing had taken place.

Dr Kathryn Cobain, director for public health in Worcestershire, said: ‘I urge everyone offered a test to take it up to help us to monitor the virus in our communities and to help suppress and control the spread of this variant.’

The South Africa variant is not thought to be any more dangerous than others circulating in the UK.

But scientists have raised concern that it spreads more quickly and may be more resistant to the vaccine.

Last week the Government singled out eight areas covering some 80,000 people where the South Africa variant had been detected.

Cases that could not be linked to international travel raised concerns the strain is spreading in communities in England.

The other affected areas are:

Health Secretary Matt Hancock vowed to ‘come down hard’ on the variant and use mass testing to stamp out every single case.

But Public Health England (PHE) officials warned yesterday that the outcomes of targeted tests to track the strain could take up to two weeks.

That is because any positive results will be sent for genome sequencing to identify the variant – a process which usually takes around a fortnight.

PHE said the most recent tests rolled out in a number of areas of the country this week will be prioritised in a bid to speed up the process.

Testing of around 10,000 people in the Maidstone area of Kent, which began on Tuesday, was completed on Thursday night while testing in Woking in Surrey was expected to finish on Friday.

Sefton Council said efforts to identify the variant in the Norwood area of Southport in Merseyside would continue into the weekend.

The testing in Broxbourne, Hertfordshire, is being rolled out for another week until February 12, the council said.

In a bid to combat new strains, the UK Government has placed an order for 50 million more doses of Covid vaccines.

Downing Street on Friday announced a deal with biopharmaceutical company CureVac to ‘swiftly tweak and roll out’ existing vaccines to guard against any new variants.

Almost all vaccines developed through the agreement will be modifications of an existing jab by CureVac, which is currently undergoing phase three clinical trials.

Police unable to explain disproportionate use of powers against minorities, report finds
Asia