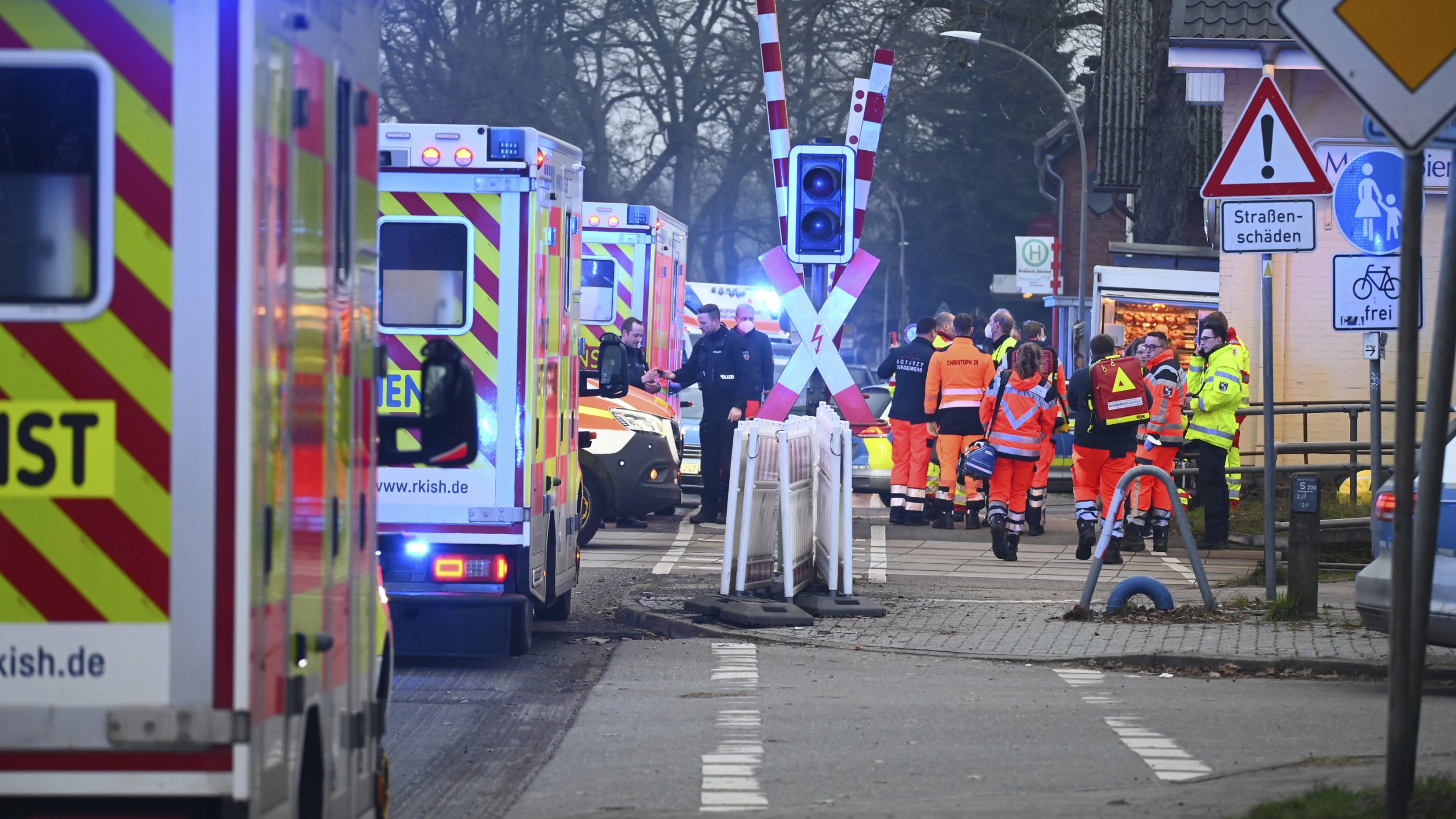 Two people have died following a stabbing on a train in northern Germany.

Police say a man used a knife to attack several passengers at around 3pm local time.

The incident came as the train, travelling from Kiel to Hamburg, made its way towards Brokstedt station.

Interior minister of Schleswig-Holstein state, Sabine Suetterlin-Waack, has confirmed two people were killed and five were wounded in the attack.

‘It is terrible,’ she told reporters.

‘We are shocked and horrified that something like this has happened.’

Detectives have now detained a suspect in connection with the attack, news agency dpa reported.

Police did not provide the outlet with any information on the suspect’s identity and said his possible motives were under investigation.

The train station in Brokstedt was closed for several hours following the attack.

Duchess of Kent’s secret double life: ‘Most important thing I do!’