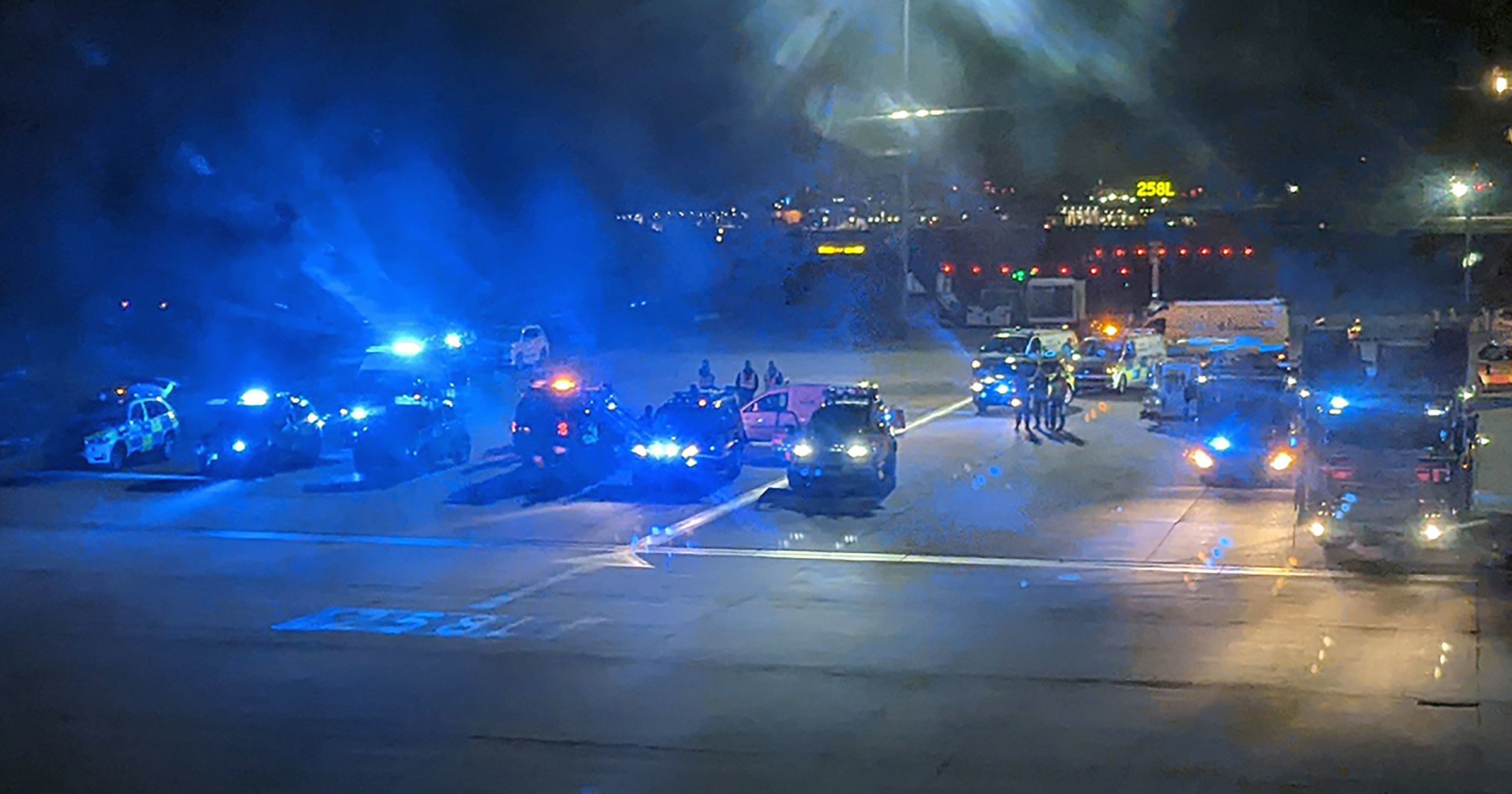 Two planes have collided on the airfield at Heathrow Airport.

It is understood the Icelandair and Korean Air aircraft were involved in a ‘minor collision’ on Wednesday evening.

Guardian journalist Dan Sabbagh, who was a passenger on the Korean Air plane, said it appeared to have ‘clipped’ the other aircraft.

He tweeted: ‘I’m on Korean Air plane that clipped an Icelandair plane at Heathrow – a passenger on the other side saw the incident told me the wing of our plane damaged the others’ tail.

‘I was on this plane but can’t say we felt anything from the inside. No apparent danger, nobody hurt.’

An airport spokeswoman said: ‘Emergency services are attending an incident involving two aircraft on the airfield.

‘No injuries have been reported but emergency services are attending to ensure all passengers and crew are safe and well.’

The LAS spokesman said: ‘We were called today at 8.06pm to reports of an incident at Heathrow airport.

‘We sent a number of resources to the scene including members of our Hazardous Area Response Team (HART), a clinical team leader, a cycle responder and an incident response officer.

‘We attended a reception centre for passengers but nobody required treatment or needed to be taken to hospital.’

The incident is being investigated.

While it is understood there is currently no significant impact on departures or arrivals, passengers are advised to check with their airlines on the status of their flights.