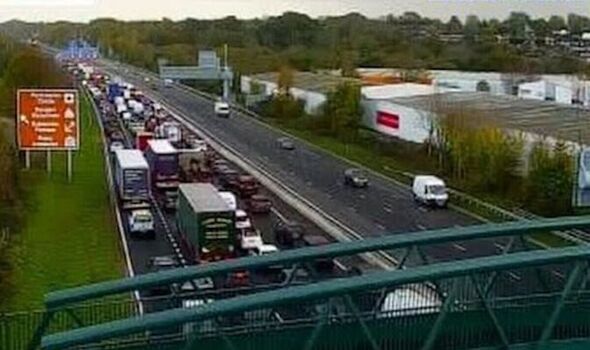 Two police officers were hit by a car as they responded to a crash involving four other vehicles on the M27 motorway this morning. The crash happened just after 10am this morning eastbound near junction 12.

A spokesperson from Hampshire Police said: “We were called just after 10am this morning (8 November) to a road traffic collision on the M27 eastbound near junction 12.

“Four cars were involved and one person suffered serious injuries.

“While at the scene two officers, who were out of their vehicles, were involved in a collision with a further car. Those injured are being treated by paramedics.”