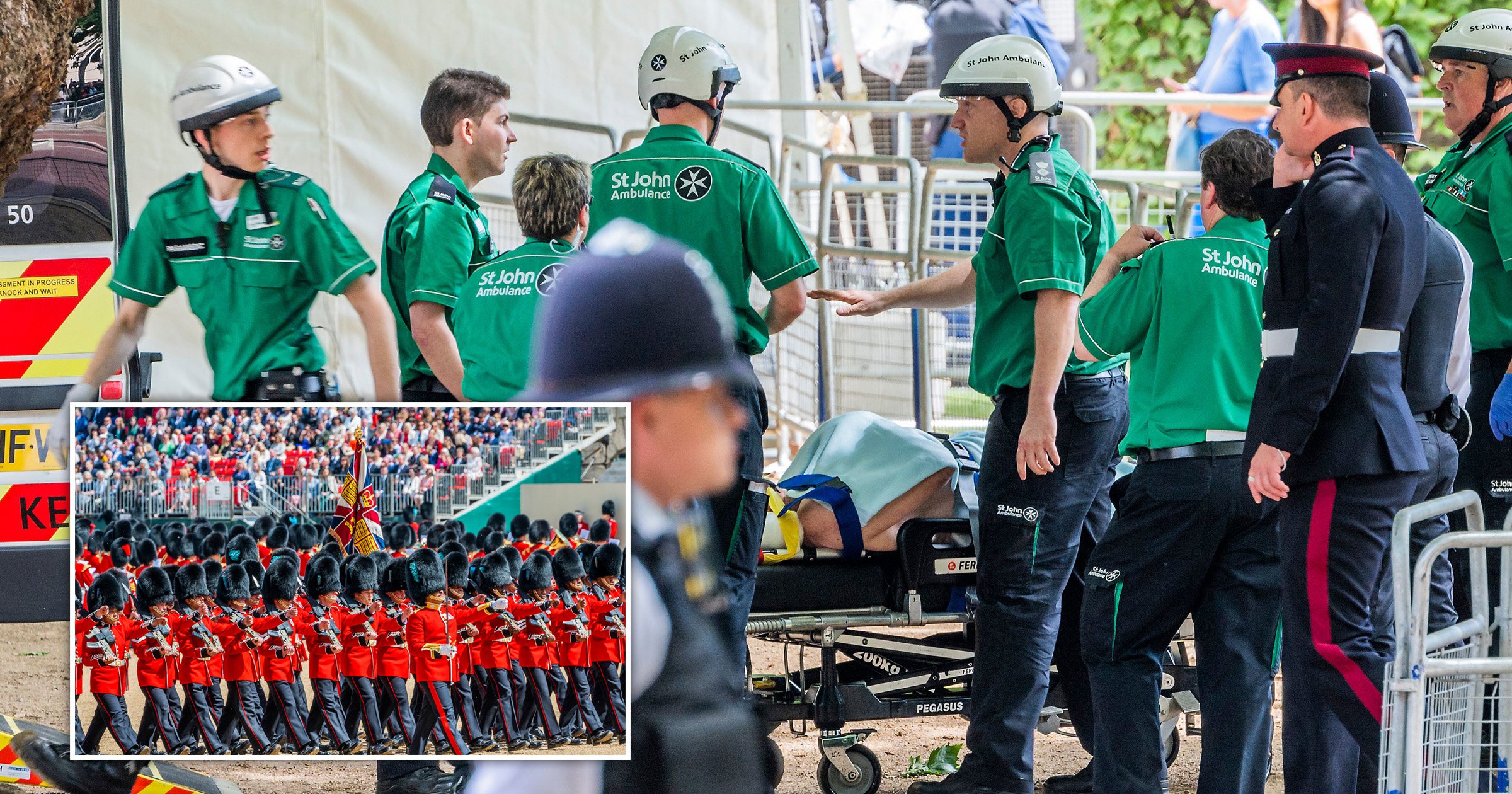 Two people were taken to hospital after a stand reportedly collapsed during a Trooping the Colour rehearsal in central London.

The Queen’s Jubilee is next weekend and, as is tradition, the British Army will perform for Her Majesty.

The public got a chance to watch what this show is set to look like this morning – as soldiers rehearsed in Horse Guards Road, central London.

But the festivities took a turn when a stand reportedly crumbled while a crowd was still seated on it.

People on social media said the accident caused a woman to have a ‘terrifying’ fall.

Paramedics rushed to the seen, took two people to hospital and treated three there.

Witnesses said crowds were evacuated by the emergency services and the ceremony, which involves a parade by the Household Division and Horse Guards, was cut short.

One of the dozens of people who attended said: ‘Was fun experience to watch until we stood up for the National Anthem, the stand next to us collapsed with someone falling through.

‘They cut the proceedings short and police began evacuating us for safety concerns as there had already been two collapses with fear of more.

‘Was certainly a very “British” experience with us queuing for an hour to watch marching horses and soldiers.’

The Ministry of Defence said the situation was ongoing.

In a statement, a spokesman said: ‘We are supporting the emergency services following an incident on the Horse Guards parade square.

‘It would be inappropriate to comment further at this time.’

How Kate Middleton ‘was TRANSFORMED’ on her first ever royal engagement