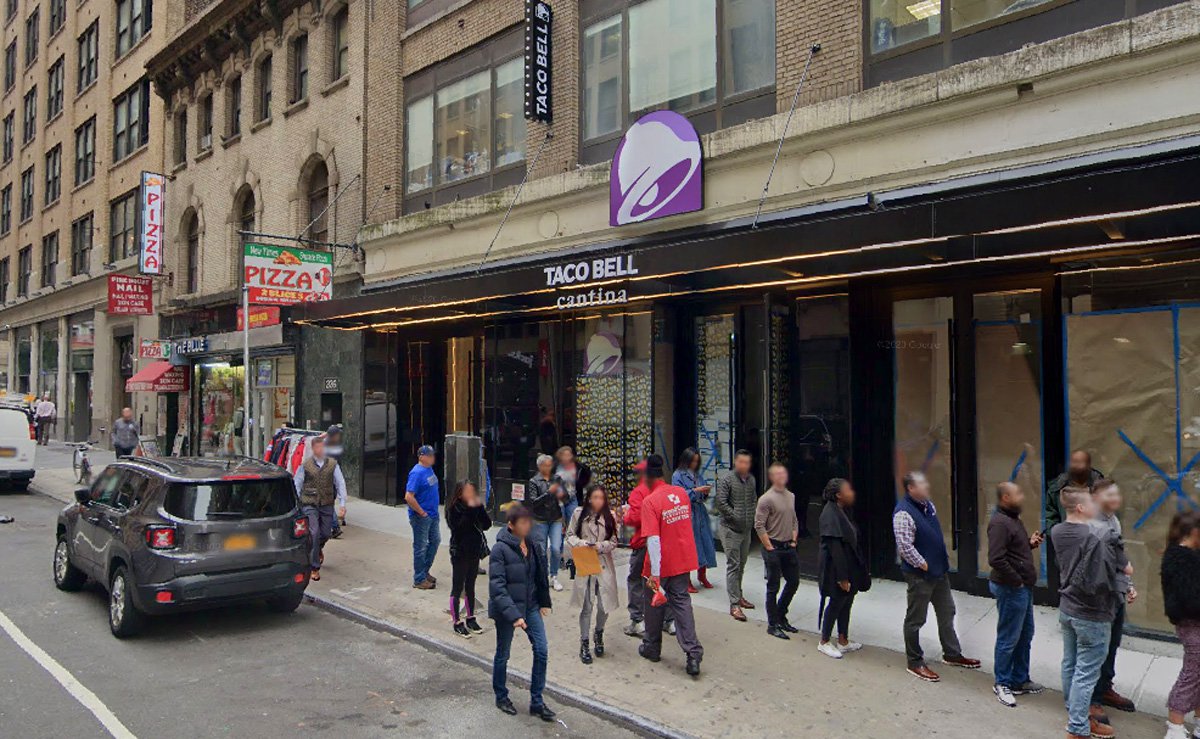 Two workers at a Taco Bell restaurant were stabbed while trying to stop to teens from leaving without paying.

The suspects, two brothers aged 17 and 19, allegedly tried stealing soda from a machine at the fast food joint on West 40th Street between Seventh and Eighth avenues in New York City on Tuesday night when two employees intervened, police said.

During the confrontation, the 17-year-old suspect allegedly stabbed a 22-year-old male worker in the back and knifed a 30-year-old female manager on her right hand and wrist, cops said on Wednesday.

The two teens reportedly broke windows and tables at the restaurant.

Amid the scuffle, the 22-year-old Taco Bell worker took a knife from the store and allegedly attacked the brothers, slashing the 17-year-old on the shoulder and his older brother in the back.

Police officers found the teens with several stab wounds near 1501 Broadway and arrested them, PIX 11 reported. Both were transported in stable condition to a hospital.

The manager refused medical treatment at the scene, but she and the other employee were eventually treated at a hospital, police said.

Charges against the two teens were pending and had not been filed as of late Wednesday.

It took place the same day as a triple stabbing at a McDonald’s in Silver Spring, Maryland. Cops arrived at the eatery around breakfast time to find two men with stab wounds. A third man then returned to the scene to tell cops he had also been knifed. They all sustained non-life-threatening injuries.

The incident happened a few months after an elderly wheelchair user dining at a Taco Bell restaurant in Los Angeles was stabbed in the neck by a younger customer. The unprovoked suspect used a knife to stab the victim on the neck and shoulder, surveillance footage showed. The victim suffered serious injuries and was taken to a hospital where he was later listed in stable condition.