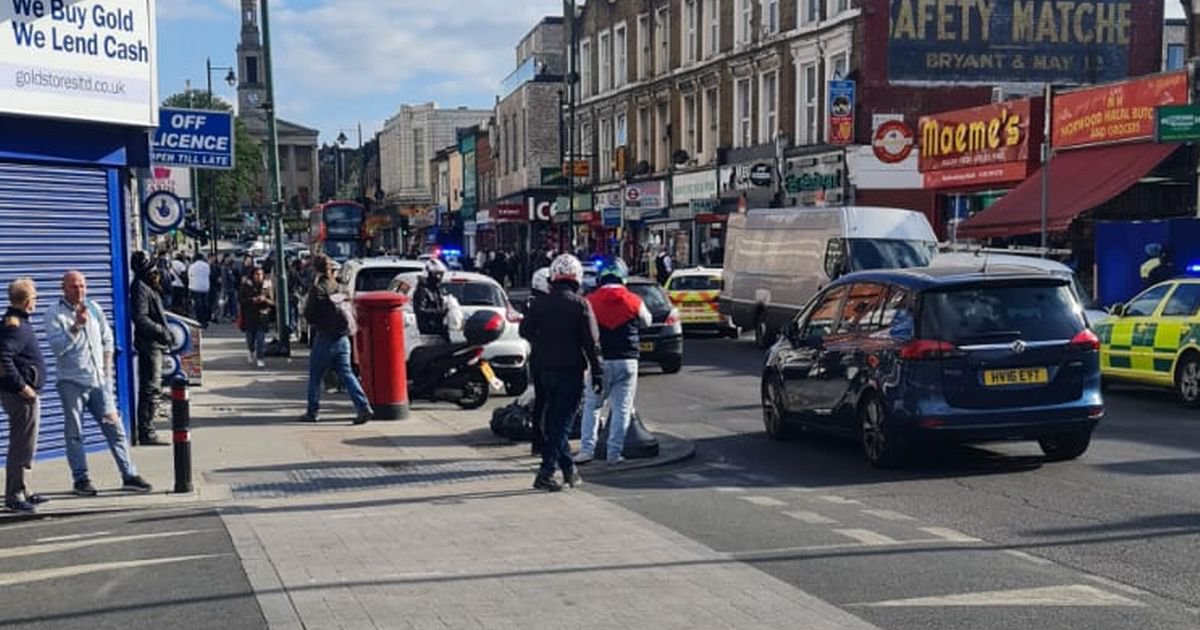 Two teenage girls have been stabbed in London, with one of them remaining seriously ill in hospital.

Police were called to reports of an assault on Norwood Road, south of Brixton in Lambeth this afternoon.

They found two girls aged 16 and 17 with stab injuries.

Four teenage boys have now been arrested on suspicion of attempted murder over the incident which took place just before 4.41pm.

The Metropolitan Police said that both girls were taken to hospital by ambulance.

They said the younger victim’s condition has been assessed as serious but stable, while the second victim’s injuries do not appear to be life-threatening.

Officers remain in the area and a crime scene is in place.

The four boys arrested are all aged between 16 and 17, and are in police custody.

Detective Sergeant Rob Merrett said: ‘This is a shocking incident involving two young female victims, one of whom remains seriously ill in hospital. It has understandably caused considerable alarm in the community.

‘Officers responded immediately when the 999 call was received. Two boys were quickly apprehended near the scene, and urgent enquiries led to two other males being arrested later on at addresses in Lambeth.

‘All four are now in custody and my team are conducting a thorough investigation to establish what has led to this unacceptable violence.

‘I urge anyone who has information, pictures and video that could assist us to make contact immediately. It is imperative that we work with the community to fully establish what has happened here and bring any offenders to justice.’