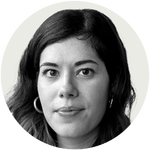 Jane Bradley, a U.K. investigative correspondent, obtained exclusive data and conducted dozens of interviews for a yearlong investigation on Britain’s use of tough-on-crime tactics and their racial implications.

MANCHESTER, England — The United Kingdom’s highest court delivered what seemed like a major victory for civil liberties in 2016, ruling that prosecutors had overreached for decades in using a tactic that sent hundreds of people to prison for life — for murders committed by others.

Defense lawyers, academics and activists had waged a decade-long legal battle, arguing that these so-called joint enterprise cases were unfair and racially biased. They rejoiced at the Supreme Court decision — heralded as historic in headlines around the country — and expected a sharp drop in prosecutions, as well as scores of overturned convictions.

Six years later, none of that has happened.

Rather than be constrained by the ruling, senior prosecutors have quietly devised strategies to keep bringing joint enterprise cases and winning convictions. New data, obtained by The New York Times through public records requests, reveals that the Crown Prosecution Service, the national prosecutor, has actually stepped up the pace of such prosecutions since the ruling — even as the homicide rate remained largely stable.

“The C.P.S. said: ‘Don’t worry. It’s not going to be this radical change,’” said Simon Harding, a senior detective who ran a homicide unit at London’s Metropolitan Police until 2021. “By the time all the questions had been asked, it was business as usual.”

The zealous use of these prosecutions is one example of how British leaders from both parties have pursued criminal justice policies that have disproportionately punished Black people. Black defendants are three times as likely as white defendants to be prosecuted for homicide as a group of four or more — a widely accepted measure of joint enterprise cases — according to the new data.

Joint enterprise itself is not a charge. Rather, it is a legal principle that gives prosecutors the power to charge multiple people with a single crime. It became notorious more than a decade ago in a string of highly publicized cases. In one, a teenager was imprisoned and then deported for a murder he did not even witness, much less carry out. In another, a partly blind 16-year-old, who said he could not even see his friends attacking someone, received a life sentence for murder. 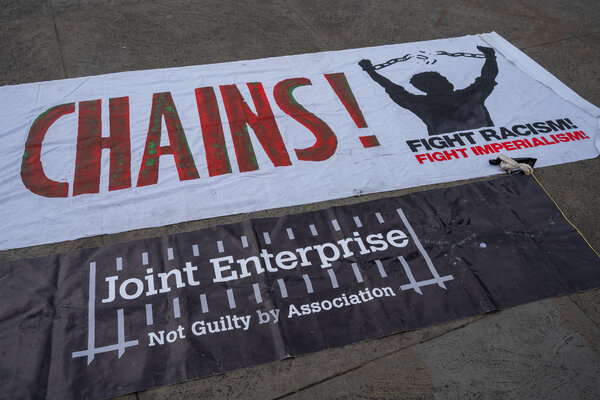 Since the court ruling, the Crown Prosecution Service has tried to avoid such controversy. It has stopped using the term joint enterprise, but the cases continue. A year after the Supreme Court ruling, 11 teenagers from Manchester, England, were sent to prison for a stabbing — even though the judge acknowledged that he did not know if they had all participated in the attack. A young man with autism received a life sentence for a stabbing carried out by someone else while, he said, he sat in a car watching a music video.

While the stream of cases continued, the flood of successful appeals never materialized. Prosecutors opposed them and judges, having set an extremely high standard for appeals, rejected nearly all of them. Only a single person has been freed since the Supreme Court ruling.

The continued use of joint enterprise is one example of a British tough-on-crime policy that has grown increasingly strident. The new data — along with more than 100 interviews with current and former law enforcement officials, government insiders, lawyers, judges, academics, families and activists — shows that even as crime rates fell, as lawyers and judges protested, as parliamentary inquiries pointed to miscarriages of justice, the government’s messaging got tougher and its tactics got stricter.

Many of those tactics were imported from the 1990s war on drugs in the United States. But while American officials have reconsidered many criminal justice policies over the past decade, they have become an entrenched part of British politics.

Today, British politicians fuel perceptions that crime is skyrocketing. Crime rates often vary regionally, and some crime may be up compared with the period of pandemic lockdowns. But the latest official statistics show that national crime levels, including homicide, are actually lower than before the pandemic began in 2020. And overall, crime has been falling for decades.

Yet Britain is in the middle of its biggest prison expansion in more than a century as the Conservative government overhauls laws to seek tougher jail terms. The new prime minister, Rishi Sunak, has pledged to make crime a top priority and called for new powers to veto parole board decisions.

With new powers, police officers are ramping up the kind of stop-and-frisk tactics made notorious, and ultimately abandoned, in New York.

Periodically, and as recently as last month, official reports have highlighted systemic racism in the criminal justice system, yet they have been largely ignored. Last year, a government-backed committee said it found no evidence of institutional racism in Britain, eliciting an outcry.

Joint enterprise cases can give prosecutors an advantage by allowing them to lump defendants together and, in many instances, label them gang members. And Black people, research shows, are far more likely to be tagged with that designation.

More on the Political Situation in Britain

After being presented with The Times’s findings, a prosecution service spokesman said that the authorities do not apply the term “gang” lightly.

“If a person helps or encourages another to commit a murder, it is right they can face prosecution for their involvement in the crime,” the Crown Prosecution Service statement said.

The agency denied responsibility for any racial disparities and noted that “racial disproportionality is an issue in almost all stages of the criminal justice system.” But the agency said it would begin tracking joint enterprise cases as it develops a new case-management system.