Pandemic meets “pingdemic”: Coronavirus infections rise sharply and an official app tells legions of people to stay home after exposure, even as most restrictions are lifted. 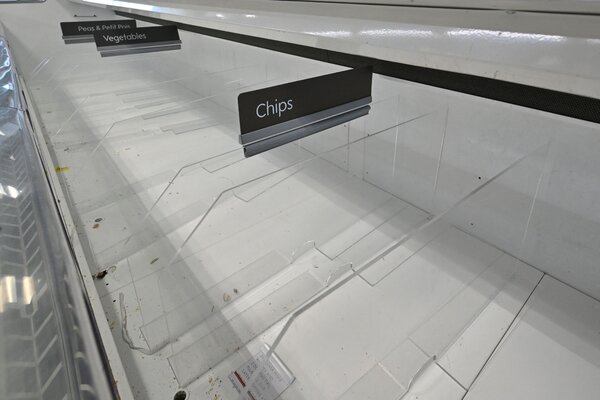 In a week when Prime Minister Boris Johnson promised England a return to normality after the end of months of lockdown rules, a coronavirus-weary nation has instead been battered by a new crisis.

This one is being called the “pingdemic.”

With virus case numbers surging again, hundreds of thousands of people have been notified — or pinged — by a government-sponsored phone app asking them to self-isolate for 10 days because they were in contact with someone who had tested positive.

So many workers have been affected that some businesses have closed their doors or started a desperate search for new staff, and a political battle has erupted with the opposition Labour Party warning of “a summer of chaos” after contradictory statements from the government about how to respond if pinged.

Those notified by the app are not required by law to isolate but the government’s official position is that it wants them to do so. On Thursday, it was planning to publish a list of critical workers to be exempted from self-isolation in order to keep things running.

That followed a warning from the mayor of London, Sadiq Khan, of possible disruption to the capital’s transportation network, food supplies and refuse collection services. A police force in the West Midlands said it had been hit by staff shortages. Stores have appealed to customers not to indulge in panic buying, and there have even been calls for the government to consider using the military to help fill a shortfall of truck drivers.

Euro 2020: England’s possible route to the final after beating Germany