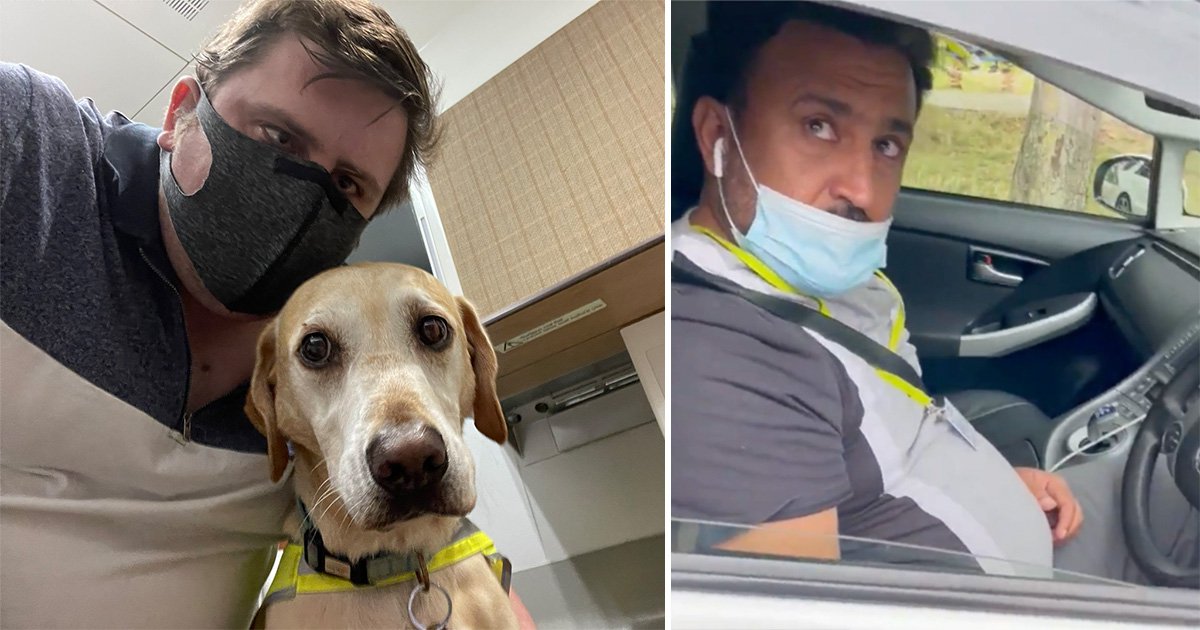 An Uber driver was filmed telling a man he could not bring his guide dog into the car because it was ‘big’.

Stephen Anderson, who is visually impaired, ordered the ride from Harrow on the Hill station in north London.

But when the driver arrived, he was not happy at being expected to take the working animal as well.

He said he would only take small animals in the car.

Mr Anderson calmly tried to explain that he was legally obliged to take Barney too, but the man didn’t budge.

He eventually had a change of heart when a passer by intervened and also said he must take the dog.

Barney was then allowed to get into the back with his owner.

Mr Anderson, a pianist and the director of music at St Thomas’ Church in Kensal Town, filmed the interaction, telling the driver: ‘Under Section 107 of the Equality Act, there is an obligation to take – as he’s a guide dog.’

When the driver then asks him if he has told Uber that he has a guide dog, he replies: ‘I’m not required to tell anybody that I’ve got a guide dog with me, and that’s part of Uber’s policy, yes.’

Sharing the footage on Twitter on September 12, Mr Anderson wrote: ‘A very near miss with @Uber just now at Harrow on the hill station.

‘Refusing to take a guide dog and only doing so when a kind member of the public intervenes. This has to stop, it’s getting ridiculous. How I didn’t flip my lid I’ll never know!’

‘Licensed private hire drivers must carry service animals in their vehicle. We highlight this obligation to all drivers before they start using the Uber app and often send reminders.

‘Any driver who is found to have refused to take a service animal will permanently lose access to the app.’