The Archbishop of Canterbury Justin Welby has defended himself against claims he married Meghan Markle and Prince Harry three days before the official ceremony, noting that if he signed a false wedding certificate he would have been committing perjury. Radio 2 host Jeremy Vine asked Mr Welby what his first reactions were to the allegations to which the senior cleric replied, “there was an element of uh-oh”. The Archbishop disputed Meghan’s claims of an early wedding after documents revealed the official wedding was on the day of the public ceremony.

Speaking on the Jeremy Vine Show on Radio 2, Mr Welby said: “Well, I can promise you the wedding was on the Saturday, I signed a wedding certificate.

“And if I sign a false wedding certificate that is perjury, and I will be going down for a little while.”

Jeremy Vine then asked the Archbishop if he thought “uh-oh” when he first heard of the early wedding claims.

JUST IN: Meghan ‘humiliated’ the Archbishop! Harry attacked for ‘endorsing what she was saying’ 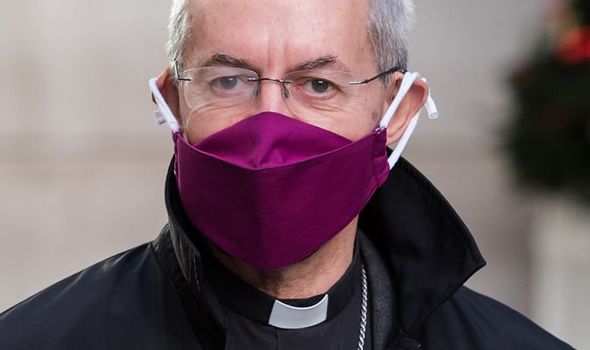 “But she clarified that a few days later and, you know, it didn’t matter at all.

“It was a really intimate moment when they were taking the vows with each other and you sort of forgot there was a billion people watching or something.”

Earlier this week, the Archbishop told Italian newspaper La Republic that he did not marry Prince Harry and Meghan in their back garden three days before the official wedding.

The Duchess of Sussex had told Oprah Winfrey during her interview in March that she “got married” three days before the official wedding date.

She revealed that Mr Welby attended and that the royal couple exchanged personal vows with one another.

Decorated rat retires after clearing 31 football pitches worth of mines